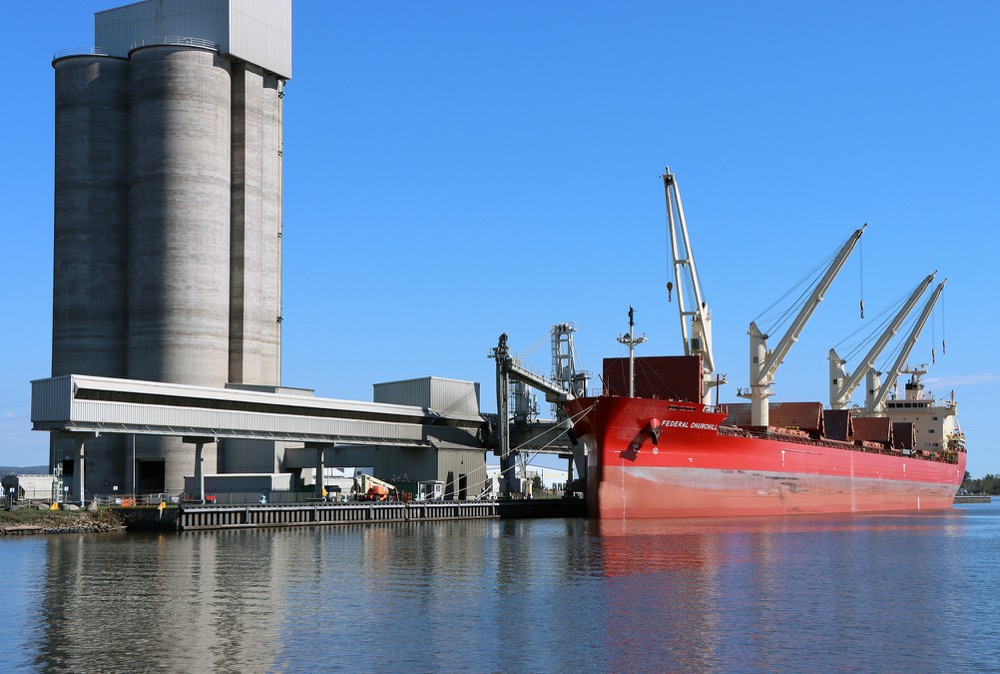 DULUTH, Minn. — Rebounding from pandemic-induced lows in 2020, total maritime tonnage through the Port of Duluth-Superior climbed to 32.9 million short tons in 2021. This total represented a 27 percent season-over-season increase and a 2.3 percent improvement over the five-season average.

Iron ore, the port’s leading cargo by tonnage, led the upswing. The total taconite float topped 20 million short tons for the second time in four seasons, a feat unmatched since the early 1990s. In all, 20.4 million short tons of iron ore transited Duluth-Superior during the 2021 season, a 32.6 percent season-over-season spike and 11.9 percent gain on the five-season average.

General cargo at the Clure Public Marine Terminal closed out the major gainers, with Duluth Cargo Connect handling nearly 50,000 short tons. This total exceeded the 2020 count by 4.6 percent and more than doubled the five-season average.

Grain, the port’s No. 1 export, suffered a steep drop to 808,498 short tons for the season. This marked an 85-year low for Duluth-Superior grain tonnage and was the second lowest seasonal grain total for the port since 1890. For the Great Lakes-St. Lawrence Seaway System as a whole, total overall tonnage increased by 1 percent season over season, finishing at 42 million short tons. The Seaway also notched a similar percentage gain in vessel transits, ticking up 1.61 percent.

Vessel arrivals in the Port of Duluth-Superior jumped more than 16 percent compared to 2020. With the 2021 season now closed, five domestic vessels are wintering in Duluth-Superior: the James R. Barker and Paul R. Tregurtha at the Clure Terminal in Duluth, and in Superior, Wis., the Lee A. Tregurtha at Fraser Shipyards, Burns Harbor at the Hansen-Mueller Dock and American Century at the Enbridge Dock.

“We hoped for a return to normalcy in 2021 and a tonnage rebound from the pandemic-plagued 2020 season,” said Deb DeLuca, executive director of the Duluth Seaway Port Authority. “We’re still waiting on the return to normalcy, but the tonnage bounce back was pronounced, driven especially by strong demand for domestic steel. Our port continues to be a key link in North America’s supply chain, and we look forward to playing an increasingly prominent role in 2022 as we hopefully build on the bulk cargo tonnage and expand our containerized cargo services.” (Photo Duluth Seaway Port Authority)