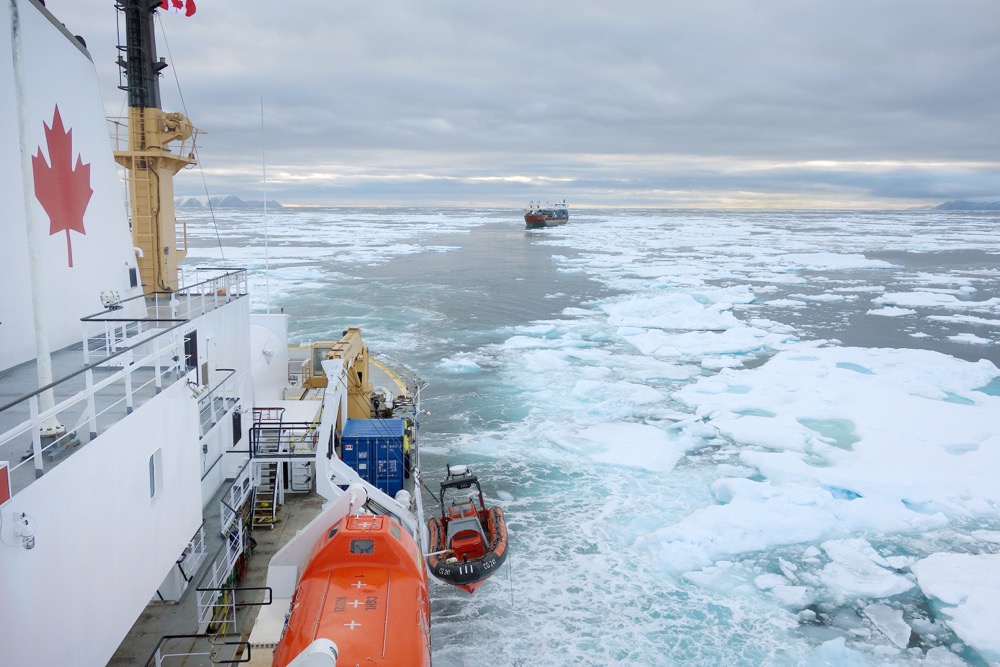 According to a report published on the Maritime-Executive news platform, last week’s meeting of the IMO Marine Environment Protection Committee (MEPC) did not take action on the shipping industry’s climate ambitions – but it did pass a voluntary, nonbinding measure to encourage reduction in emissions of black carbon in Arctic shipping.

Black carbon is a short-lived pollutant responsible for about 20 percent of shipping’s climate impact. It settles out onto ice and snow, where it absorbs additional heat from the sun and accelerates melting. Black carbon from shipping in the Arctic has increased with the rising levels of ship traffic in the region, nearly doubling from 2015 to 2019.

A measure proposed by 11 nations – including Canada, France, Germany, the Netherlands, Norway, Sweden, the UK and the US – called for « voluntary use of cleaner fuels by ships operating in or near the Arctic. »

It garnered support from 27 member states but ran into opposition from Russia, China, India, Japan, Saudi Arabia, the UAE and Angola, according to the Clean Arctic Alliance. The NGO claimed that during negotiations, « the wording was systematically and meticulously watered down by opposing countries. »

The list of opponents overlaps closely with the group of nations that opposed the International Chamber of Shipping’s green-fuel research program.

“While the Clean Arctic Alliance is pleased the IMO finally discussed and accepted the proposal for a black carbon resolution . . . we are disappointed that in the effort to placate a small but vocal coterie of opposing countries, important substance was lost from the original draft resolution, leaving us with a watered down version, » said Dr. Sian Prior, Lead Advisor to the Clean Arctic Alliance. « However, what is important is that this resolution now sends a strong message that domestic and regional action to reduce black carbon emissions from ships should proceed. »

The initial goal for the alliance is to promote a switch to distillate fuel in Arctic waters. Burning only distillates in the Arctic would cut black carbon emissions from shipping in the region by 44 percent. The measure as passed encourages « ship operators to voluntarily use distillate or other cleaner alternative fuels or methods of propulsion » when in or near the Arctic. (Photo: CCG)