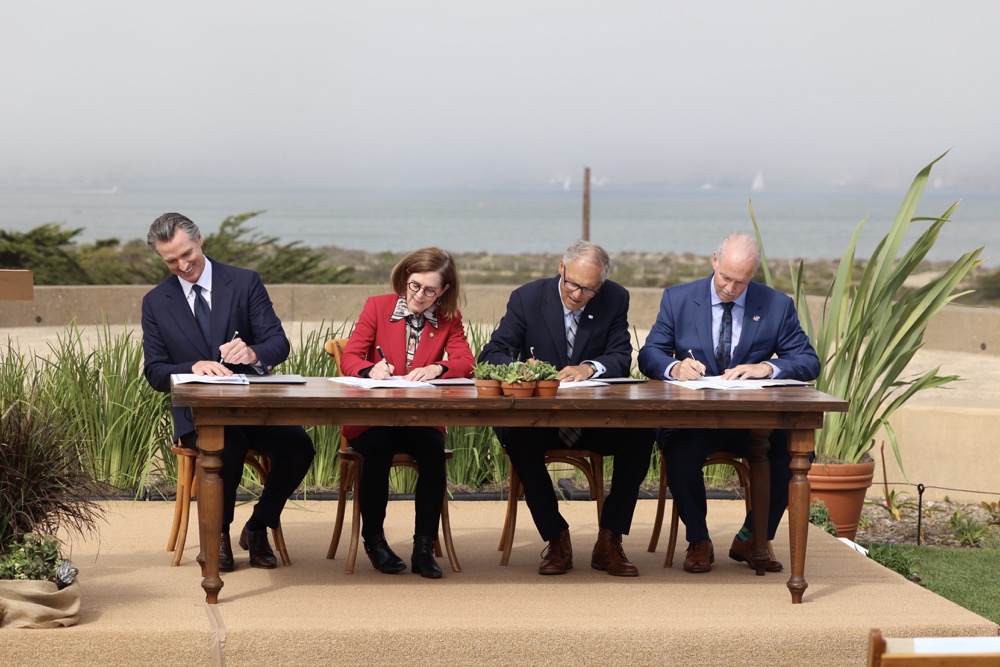 The partnership promotes collaboration between the four regional governments on accelerating the transition to a low-carbon economy, investing in climate infrastructure like EV charging stations and a clean electric grid, and protecting communities from climate impacts like drought, wildfire, heat waves and sea-level changes. The SOC includes a major focus on equity, ensuring no communities are left behind in the transition to a low-carbon future.

Leaders of the four jurisdictions, each with their own ambitious climate agendas, came together to continue to strengthen regional approaches and connections – to help move essential climate work further and faster.

“In California, we punch above our weight when it comes to climate action – but our actions can only do so much without the rest of the world at our side. The Pacific Coast is raising the bar for tackling the climate crisis while also ensuring every community is included in our efforts. The West will continue to lead the way toward a carbon-free future that supports our economy, our people and our planet,” said Governor Newsom.

“Here on the Pacific coast of North America, we’ve been on the frontlines of the climate crisis – both experiencing its most devastating impacts and leading the world in developing solutions to reduce carbon pollution. By signing this statement of cooperation, we’re building on our strengths as leaders in climate action and positioning ourselves for success in a clean energy economy. Working together, we’re charting a path to a cleaner, stronger future with good jobs and opportunities – for people on both sides of the border,” said Premier Horgan, British Columbia. (photo www.gov.ca.gov)