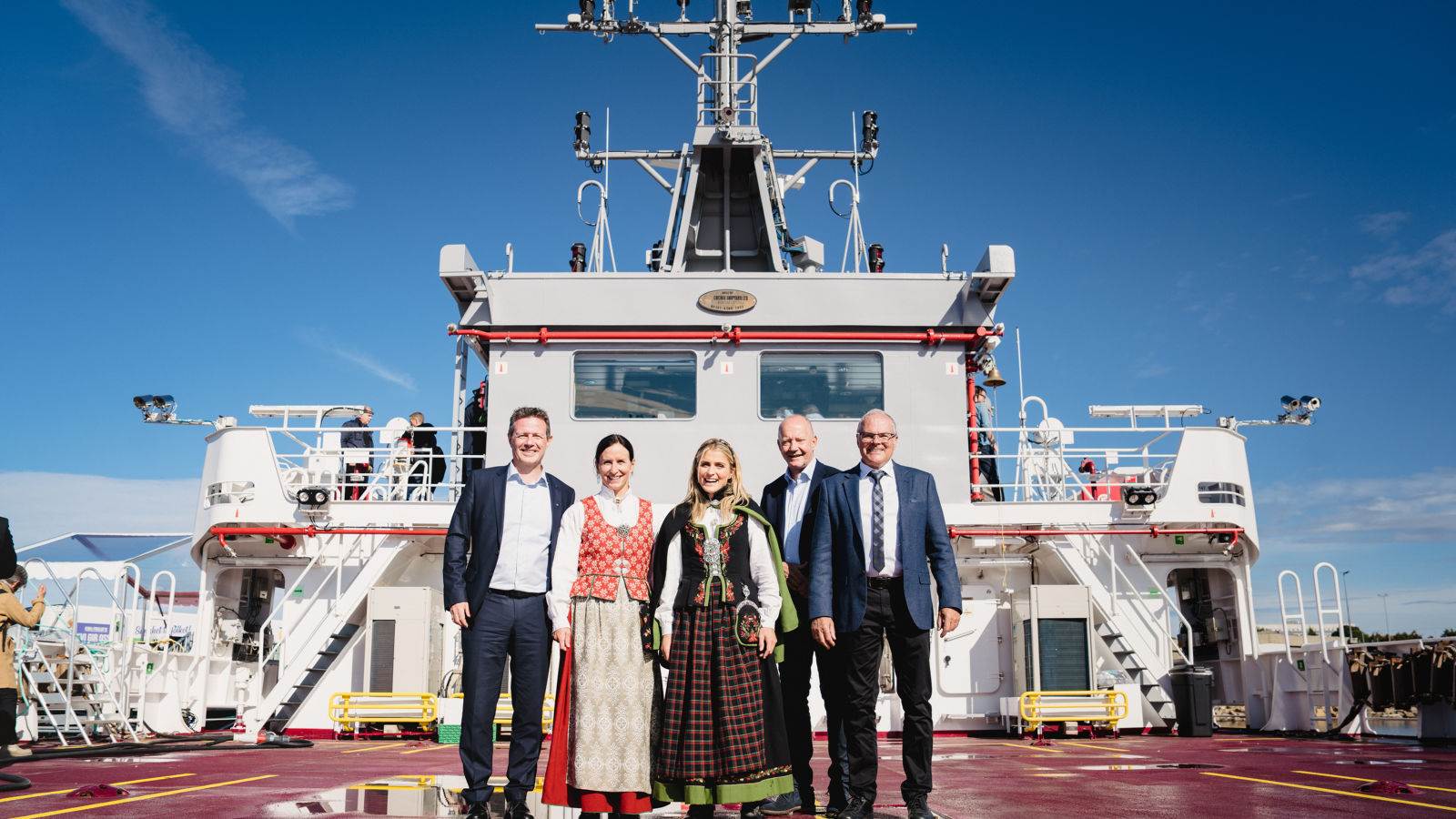 MS Marit and MS Therese are named after world champion cross-country skiers Marit Bjørgen and Therese Johaug, who acted as the ships’ godmothers.

Maritime drones as the company calls them can navigate without a crew and will help reduce transportation costs, replace one million truck miles of road per year (equivalent to approximately 16,600 driving hours per year) and reduce 5,000 tons of CO₂ emissions per year. The ships will operate between Moss and Horten.

Built by India Cochin Shipyard Limited (CSL) Kochi, the vessels were loaded onto the massive heavy lift vessel Yacht Servant, for export to Norway at the end of June 2022.

Measuring 67 meters long and weighing 600 tons, they are powered by batteries with a capacity of 1846 kWh and were designed by Naval Dynamics Norway with systems from Kongsberg Maritime, under the DNV GL classification.

The ships will mainly carry groceries for the NorgesGruppen chains. Fully electric trucks will haul cargo between warehouses and the ports of Moss and Horten, and in groups of 16 trailers with a maximum capacity of 29 tonnes will be transported across a fjord on the new battery-powered vessels.In a first time, the ships will sail with a limited crew of around four people, including captains. After a long trial period of two years, the plan is to let them sail completely without anyone on board. Instead, ships will be monitored from shore in Horten.

Kai Just Olsen, Director of ASKO MARITIME, described the project as innovative and revolutionary. “It is a very special day. Baptism is only the beginning of a long journey. We are paving the way for new projects to come,” said the director.

Fully electric trucks will haul cargo between warehouses and the ports of Moss and Horten, and in shipments of 16 trailers will be transported across a fjord on the new maritime drones.