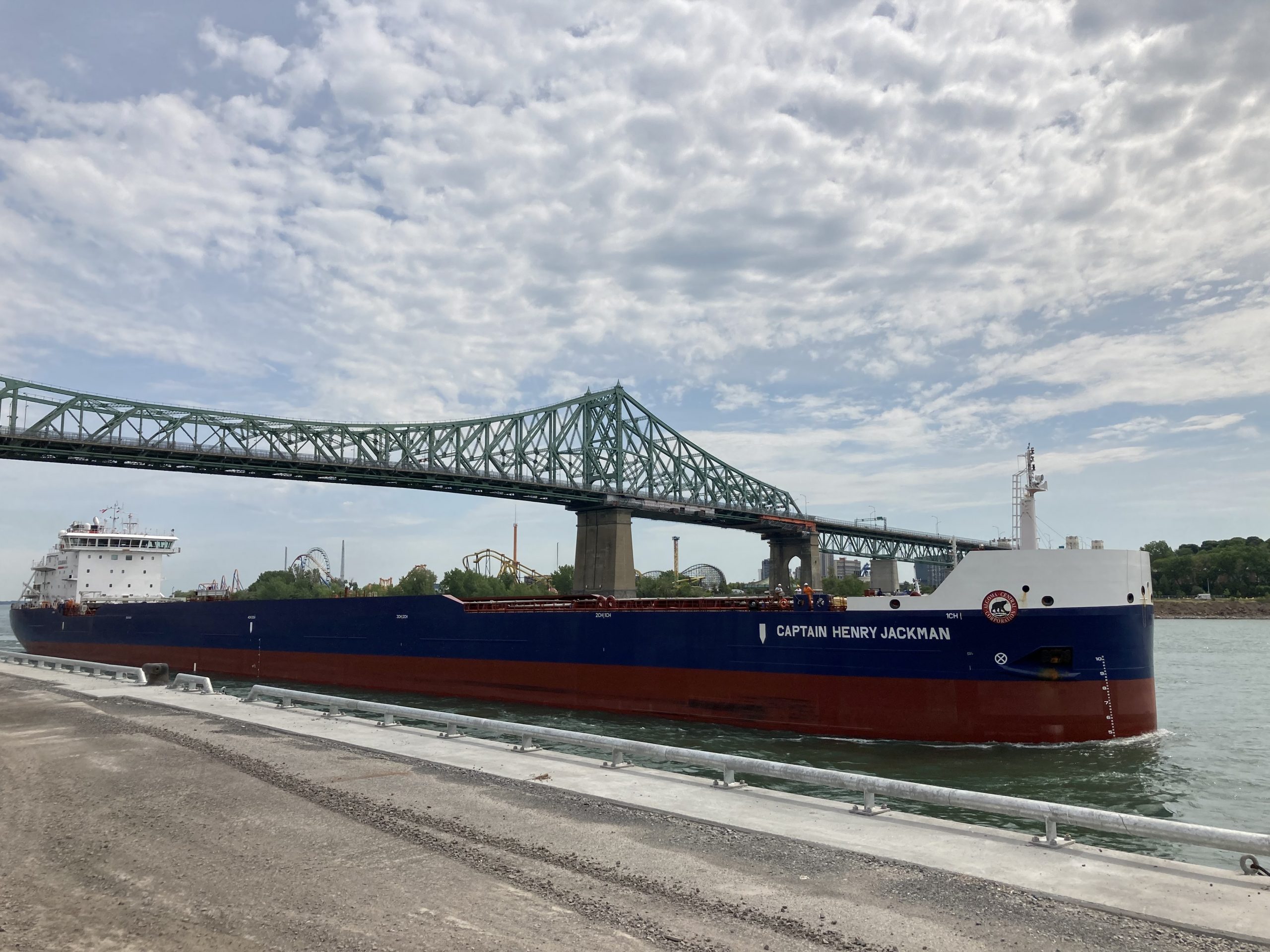 During the month of August, 3.46 million tons of cargo moved through the Great Lakes-St. Lawrence Seaway system, bringing the year-to-date total to nearly 19.2 million tons shipped. While tonnage transported on the Seaway system is below the year-to-date total for 2021, total vessel transits remain stable for the same period. This shows that the Seaway is ready to respond to the opportunities between now and the end of the season, including Canadian grain shipments that could lead to a comeback this fall.

“This year, U.S grains, which includes corn, soybeans and seeds is up by 29% and all signs point to a strong Canadian crop, particularly in Ontario. This could offset the early season slow-down that we’ve experienced.” said Terence Bowles, President and CEO of the St. Lawrence Seaway Management Corporation.

The Port of Thunder Bay reports that potash exports hit a modern monthly record of more than 218,000 tons in August, bringing the total for the year (through August) to 852,653 tons.

“Surpassing the 30-year annual high for potash is certainly a landmark for the port,” said Port of Thunder Bay CEO Tim Heney. “As for grain shipments, we anticipate seeing the arrival of the Prairie grain crop during September, with crop production expected to exceed 2021 volume by at least 30%.”

Activity at Port Windsor is picking up with total tonnage growing 5.6% over the same time period last year. “Grain continues at a strong pace, while salt has fully recovered with production out of its new seam at the mine,” said Steve Salmons, Windsor Port Authority President and CEO. “Aggregates are also ahead of last year and shipments are expected to double by year end, with delivery of 1 million tons of crushed stone to Windsor for the construction of the new electric vehicle battery plant.”

With Ontario poised to produce its fourth largest soybean crop ever, soybean exports through the Port of Hamilton are soaring. “We are already 78% above last year’s performance and we’re forecasting 1 million tons of soybean exports by season’s close,” said Ian Hamilton, President and CEO of HOPA Ports. “We are also seeing a steady increase in imports of raw sugar for processing, up 68% this year, driven by the success of SucroCan, a sugar producer located at the port.”

August was also a busy month for Picton Terminals’ Amy Lynn D tug, which moved a rotor from Valleyfield to Cacouna, in addition to towing a 2600m pipe from Hamilton to Toronto for the Deep Lake Water Cooling expansion project. The tug continues to ship aggregates from Picton Terminals to Toronto for several projects involving the Toronto Region Conservation Authority. (Photo Algoma Central Corporation)