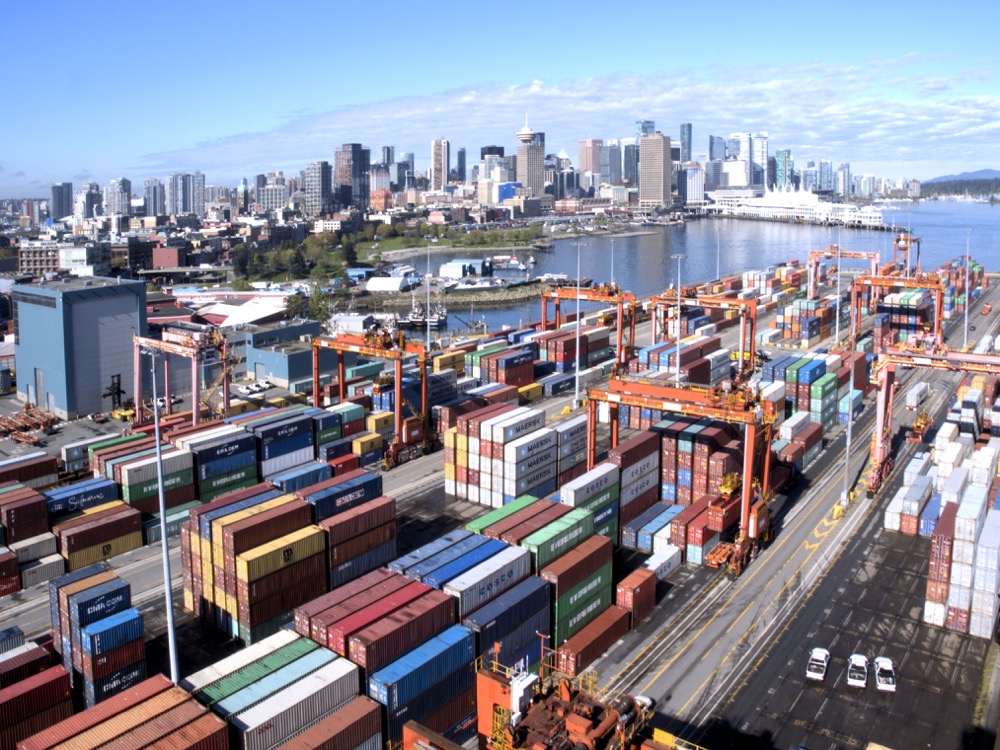 Truckers, intermodal marketing companies, and freight forwarders say trucking conditions at the Port of Vancouver have deteriorated rapidly in the past two weeks amid a surge of imports that has filled local warehouses beyond capacity and caused a severe shortage of chassis, reports the JOC.com daily news platform.

“It’s absolutely chaotic here. Our customers are losing their minds,” Tom Johnson, head of media relations for the Port Transportation Association (PTA), told JOC.com at the end of last week.

Bruce Rodgers, executive director of the Canadian International Freight Forwarders Association, said warehouses in British Columbia have filled during the past couple of weeks as import volumes surge ahead of the holidays. As a result, trans-Pacific shipping lines have severely restricted how many empty containers they will accept at marine terminals, and truckers have been left with empties sitting on chassis with nowhere to bring them.

Yet average truck turn times have not lengthened significantly, marine terminals point out. In the three weeks ending Sept. 25, portwide truck turns averaged 39.5 minutes, up from 38.75 minutes in August and 37.5 minutes in July, according to Vancouver Fraser Port Authority data. One marine terminal operator said last week was a rarity in that some container lines were only accepting refrigerated cargoes.

The trucking supply chain from the marine terminals to the warehouses has gone from acceptable a couple of weeks ago to “gridlock” today, Mr. Rodgers said. “Vancouver is in its worst state that we have ever seen.”

Container terminals are so overwhelmed with inbound loads and empty containers that they cannot open up enough appointment slots for the truckers, with the residual impact being that containers are sitting at the terminals incurring storage (demurrage) charges in the thousands of dollars, Mr. Johnson added. Some shipping lines are also refusing dry export loads, Mr. Rogers said

The port authority and terminal operators, while acknowledging problems, are not using words such as “chaos” or “gridlock” to describe trucking operations in Vancouver, however.

Katherine Bramford, director of trade development at the Port of Vancouver, said that with peak-season volumes increasing and warehouses quickly filling, several events have intensified the tight land-side conditions. An important off-dock container storage operator, Delco, exited the port. On-time vessel arrivals are only 16 percent (similar to other West Coast ports) and declining export volumes in the westbound trans-Pacific have caused empty containers to build up at the terminals. Empty outbound containers are up 92 percent from August 2020, Ms. Bramford said.

Unlike US West Coast ports, especially Los Angeles and Long Beach, Vancouver so far has experienced a relatively smooth year in terms of dwell times of containers for local delivery and for intermodal shipment by rail to eastern Canada and the largest inland North American destination, Chicago.

Vancouver, although busy, has not experienced the crushing 28 to 35 percent increased import volumes from Asia that Los Angeles-Long Beach and Seattle-Tacoma handled in January through August, according to PIERS, a JOC.com sister product within IHS Markit. Estimated year-to-date import volumes in Vancouver have increased 18 percent from the same period last year, Ms. Bramford said. (Photo VFPA)