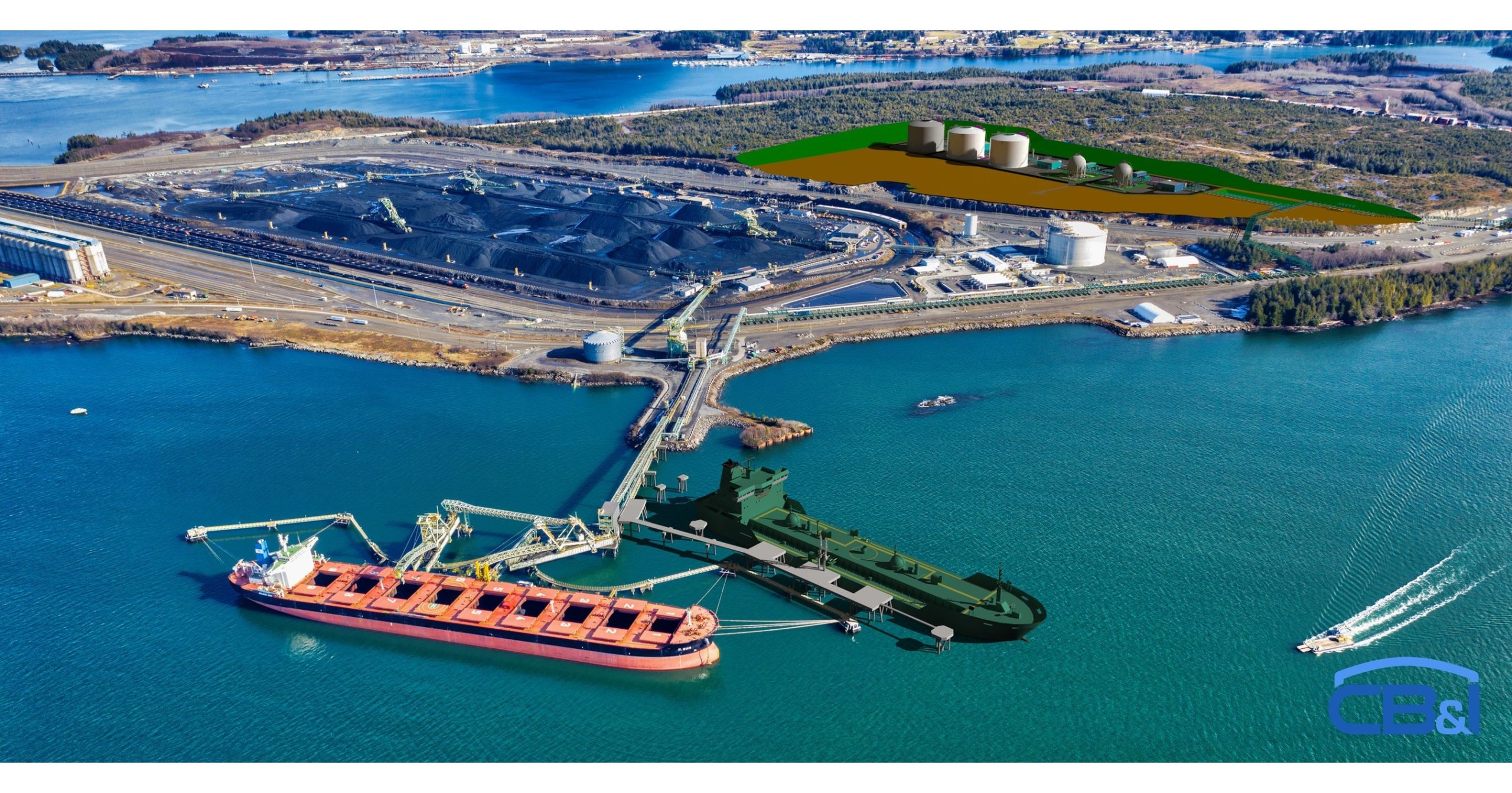 “With this federal support, we’ll be able to accelerate the construction of the second berth at our terminal – the $163-million B2BC or Berth 2 Beyond Carbon project, » says Trigon President and CEO Rob Booker. « This project will make Trigon an even more valuable connection point between Western Canadian exporters and rapidly expanding Asia-Pacific green-energy market opportunities. »

« The B2BC project not only solidifies Trigon’s role as a driver of the global trade through the Port of Prince Rupert, but is also a positive and encouraging step forward towards a more sustainable future for everyone, » said Harold Leighton, Metlakatla Chief Councillor and CEO of the Metlakatla Development Corporation.

B2BC is a keystone of Trigon’s diversification strategy, and will help enable accelerated energy transformation in Canada and globally, Mr. Booker says. The second berth has been designed specifically to enable a shift over time towards handling green energy exports, such as hydrogen-based fuels.

« Trigon’s B2BC project is a key part of the journey of transformation – creating opportunity for our people, for Prince Rupert and for many other communities around the globe who will benefit from the planned green-energy exports, » said Garry Reece, Mayor of Lax Kw’alaams.

« Canada has the potential to be a major player in global hydrogen markets, but we need to move quickly to capitalize on this incredible opportunity, » says Mr. Booker. « This federal support will help ensure we will have the export infrastructure needed to secure early-mover advantage. And that in turn will position us to fully leverage emerging competitive advantages such as those in the Edmonton Region Hydrogen HUB. »

The B2BC project will increase Trigon’s throughput capacity from 18.5 million tonnes to an estimated 33.5 million tonnes annually. It will also reduce wait times for vessels by optimizing the configuration and efficiency of existing berthing infrastructure, and will better leverage the CN northern rail corridor that serves the terminal – contributing to improved supply chain stability.

B2BC is fully permitted with construction getting underway this fall and the first product « over the dock » targeted for 2026. Within a five-year timeframe, the project is anticipated to drive annual economic growth of $1.2 billion, with expanding socio-economic benefits in the longer term.

Trigon’s existing berth is purpose-built to handle today’s commodity mix, which predominately includes steelmaking and thermal coal and petroleum coke. Construction of B2BC will enable continued operation of the terminal, and employment of its workforce, while providing a dedicated platform for alternative and clean energy exports.

The berth has been designed for multiple commodities including hydrogen-as-ammonia , renewable and bio-fuels, methanol/ethanol or additional liquefied petroleum gas, and potentially hydrogen itself. It will also create capacity at the existing berth for wood pellets and biomass handling, and potentially other bulk exports such as grain, potash and mineral concentrates (including copper, which is integral to electrification). Trigon’s site encompasses ample space for the development of land-side storage and handling areas that may be required.

Hydrogen production, shipping and use – for purposes such as electricity generation and fueling transportation – is increasingly seen as a crucial element of decarbonization strategies. Canada has significant expertise and production potential relating to both blue hydrogen, using natural gas combined with carbon capture technologies; and green hydrogen, produced through the electrolysis of water using renewable energy sources. (Photo from Trigon Pacific Terminals)