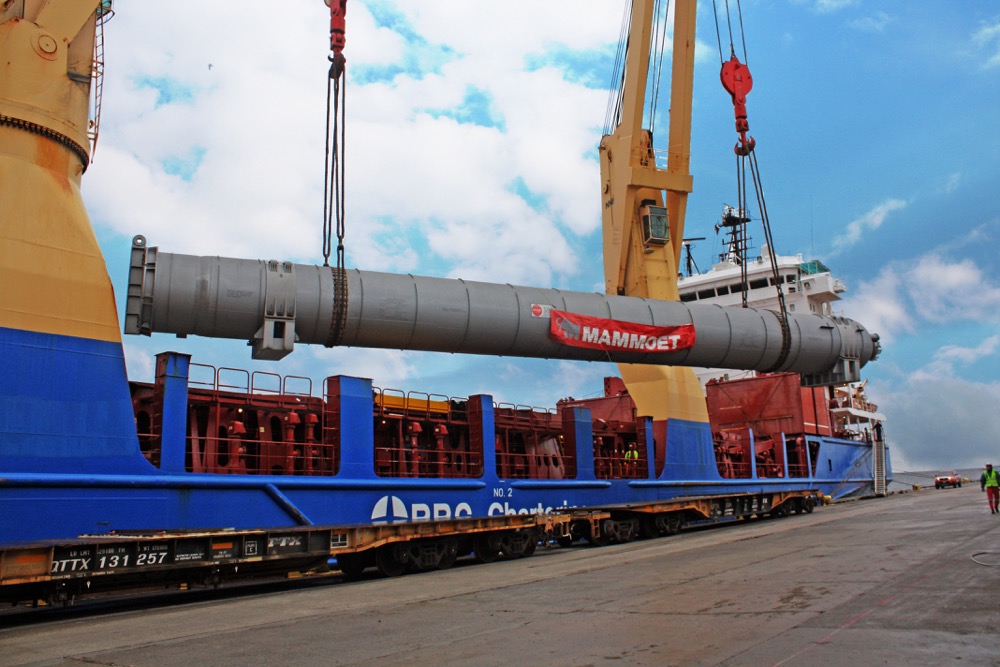 With just two weeks left to the 2021 season, the St. Lawrence Seaway and Canadian ports are reporting a rush of activity as manufacturers stockpile raw materials and businesses take advantage of the congestion-free waterway to export overseas.

According to the latest figures from the St. Lawrence Seaway, general cargo shipments, including steel, aluminum, and oversized machinery, from March 22 to November 30, are up 71%.  Iron ore shipments are up 17%, while dry bulk shipments including construction materials like stone, cement and gypsum, have increased by 6%, compared to the same period last year.

Overall, cargo shipments via the Seaway between March 22 and November 30 totaled 33.3 million metric tons, a rise of 1.7% from 2020.  Slower grain exports due to smaller harvests compared to 2020 continue to offset the growth in other cargo sectors.  Without grain factored in, overall tonnage numbers would be up 13%.

“The 2021 season has been an impressive story of recovery and growth in some of our key markets. Our trade corridor, which is a strong environmental alternative and energy efficient essential transportation route for North American goods and services, remained resilient throughout the pandemic and amidst wider global supply chain disruptions.  December, as always, is a critical month for our waterway as manufacturers stockpile raw materials and grain/potash exporters get their final products to market before the Seaway closes for winter,” says Terence Bowles, President and CEO of The St. Lawrence Seaway Management Corporation.

The Montreal-Lake Ontario section of the Seaway will close to ship traffic December 31, while the Welland Canal will remain open until January 7 to facilitate domestic shipping between Lake Ontario and the Upper Lakes.

At the Port of Thunder Bay, ships arriving in December will be loading grain and potash for export to Europe.  Potash shipments are up more than 200,000 metric tons, or 70%, over 2020 volumes.  “Exporters are taking advantage of the Seaway, particularly given the disruption on the West Coast.  Potash is an essential nutrient used for growing crops such as grain and as the world population grows and becomes more urbanized, demand for potash grows as well.  Thunder Bay is the only potash export port on the Great Lakes – St. Lawrence Seaway,” said Tim Heney, CEO for the Thunder Bay Port Authority.

While grain shipments have been down this season, general cargo shipments at Thunder Bay are up 92%. In November, ships delivered dimensional cargoes including gas turbines and reactors headed for Western Canada.

Grain volumes at the Port of Windsor are also slightly down after record volumes in 2020, but still above average. The big news at the port continues to be construction related materials – with year-to-date aggregates up 12% and steel 167%.

“The amount of steel and construction materials coming through the port tells you that our country is on the build, with roads, buildings and residential homes all under construction,” said Steve Salmons, President and CEO of Windsor Port Authority.   “There is a huge change in demand for steel. We had two ships delivering steel in 2020 and 12 ships this year – it really speaks to the recovery of the Canadian economy.”

Hamilton Port’s year-to-date total of 9.5 million metric tons is 16% higher than the same period in 2020. Its year-to-date total has now exceeded pre-pandemic totals (in 2019) by this point in the season. Grain, sugar, fertilizer and construction materials – everything from sand and slag to finished steel – have all been highlights so far in Hamilton.

The Port of Oshawa has also seen a significant increase in finished steel, and is expecting some unique cargo in the coming days. A 2,000-ton tunnel boring machine (TBM) bound for Metrolinx’s Scarborough Subway Extension is currently on route to the Port of Oshawa from Europe, where it will be transloaded onto truck and delivered up to the project site.

HOPA recently hosted two vaccine clinics at each port through the GO-VAXX bus (Metrolinx/Public Health Ontario) serving tenant employees, staff, and longshoremen, along with neighbourhood residents. “Our port partners have been working tirelessly throughout the pandemic without pause, for two seasons straight,” said Ian Hamilton, CEO of HOPA Ports. “Prioritizing the health and wellbeing of the port’s labour force is the right thing to do and will ensure the continuity of port operations no matter what the future brings.” (Photo Thunder Bay Port Authority)