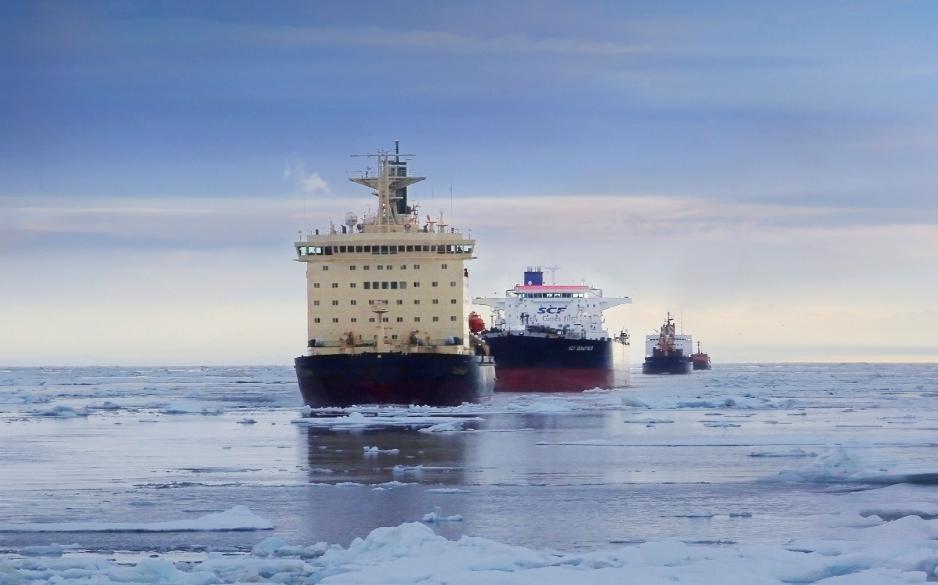 As the UN published yet another alarming report on Climate Urgency and several of the world’s largest container shipping companies, including CMA CGM, Hapag Lloyd and MSC announced in recent months that they would not operate in the Arctic because of environmental concerns, news agency Interfax reports Russia’s state-owned Rosatom Group is in talks with VTB Bank, one of the country’s largest banks, to secure $7 billion in funds to acquire up to 55 ice-class container ships and upgrade port facilities along the Arctic’s Northern Sea Route (NSR), a shortcut between Asia and Europe, competing with the Suez Canal. This would stand in direct conflict with efforts by environmental advocates to limit the amount of shipping activity in the north, in part due to the risk emanating from the use of heavy fuel oil and black carbon emissions.

Shipping traffic along Russia’s Arctic coastline continues to be at an all-time high reaching nearly 30 million tons in 2019. The vast majority of this traffic comes from the transport of oil and gas and general cargo but container shipping has been very limited.

It seems Russia intends to change that. Just last month, the Ministry for the Development of the Far East put forth a proposal to create a state-run container shipping company offering service between Murmansk in the West and Kamchatka in the East.

« Very little of Russia’s marine activity and shipping in the Arctic can exist without the government subsidizing many elements of the operation, » explained Lawson Brigham, Professor of Geography & Arctic Policy at the University of Alaska Fairbanks.

A lot of speculation and skepticism remain on how this new container line could come of age but the fact that last year, Rosatom was placed in charge of shipping, security, and infrastructure on the NSR – demoting the Ministry of Transport – is a further sign that Rosatom’s role along the route is likely to expand in the years to come.

« Serious questions have been raised about the commercial viability of establishing regular container routes, for several reasons. Due to shallow straits, the bigger – and most economic – container vessels can’t pass, the route is only usable part of the year, and even in the summer season ice can delay journeys, making it impossible to guarantee just-in-time deliveries, » confirms Arild Moe Senior Research Fellow at the Fridtjof Nansen Institute.

A number of studies, including a widely cited report by the Copenhagen Business School, concluded that container shipping through the Arctic is currently not economical. However, as Arctic sea ice continues to decrease some of those calculations may change, as the study concludes that « the feasibility of liner shipping [in the Arctic] is highly dependent on the annual number of navigation days along the NSR. »

With the continued decreasing of sea ice along the NSR and the availability of new nuclear icebreakers for escort duties, Rosatom has come up with very optimistic predictions such as revenues of $700 million by 2023, reaching $5.6 billion in 2026.

With files from High North News and Interfax