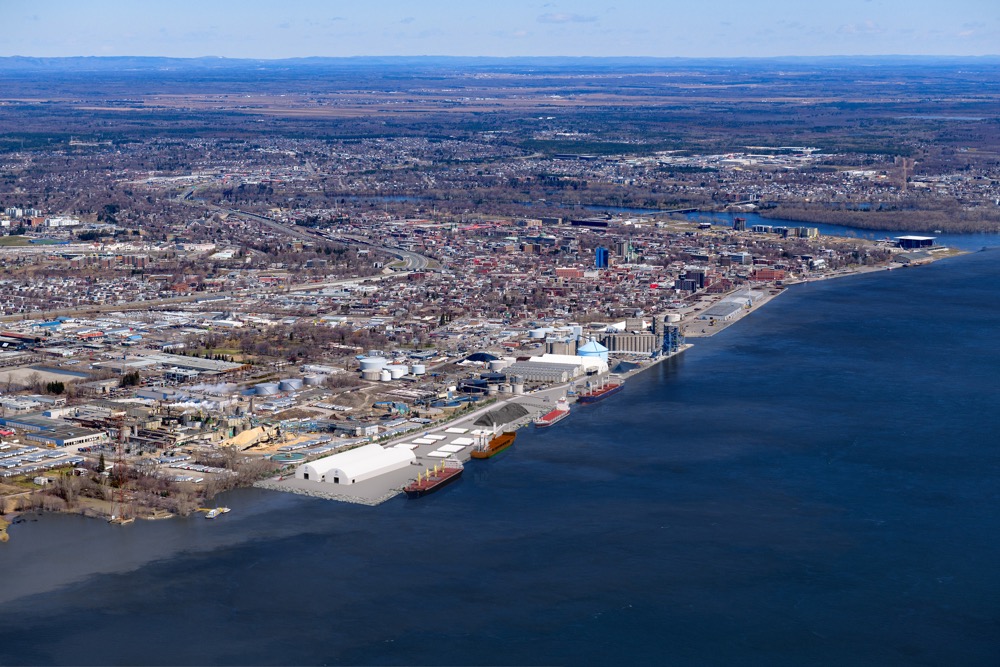 Terminal 21 will increase by nearly 50% the Port’s capacity, which is currently operating at full regime

Trois-Rivières, QC – The Port of Trois-Rivières today received confirmation of significant financial assistance of $33.4 million from Transport Canada for the construction of Terminal 21. The Honourable François-Philippe Champagne, Minister of Foreign Affairs and MP of Saint-Maurice—Champlain, made the announcement online. Delivery is scheduled for December 2023 for a terminal requiring a total investment of $130 million.

A flagship project of the On Course for 2030 development plan, this new terminal will increase by nearly 50% the Port’s capacity, which is currently operating at full regime, as more and more companies seek to use its services to reach international markets. 716 metres of wharf facades will be added to the west of the current infrastructures, covering a surface area of nearly 100,000 m2 .

“Today’s announcement comes in a context where we need to create the conditions for economic recovery. Terminal 21 will increase Port traffic by 1.5 million metric tons with an estimated value of $2.7 billion. But a wharf, a terminal, is more than just an infrastructure. It represents above all several generations of employed men and women who will succeed one another. This is the largest expansion phase that the Port will experience in nearly one hundred years and is the foundation for its future development,” explained  Gaétan Boivin, President and CEO of the Port of Trois-Rivières.

Used for the transhipment of dry bulk, liquid bulk and general cargo, this new terminal includes the construction of docks, retaining structures, vehicle and rail access roads and storage space.

Providing more than just a port infrastructure, Terminal 21 is first and foremost a means of increasing the competitiveness of our industries on world markets, particularly those in our region, since the Port of Trois-Rivières is one of the most closely connected to its regional economy.

Its operation will result in the creation of 425 direct and indirect jobs and annual economic spin-offs of $36 million. In a context of economic recovery, the construction phase will contribute to the creation of 630 jobs and spin-offs of $99 million. Terminal 21 will also contribute to attracting new businesses and new sectors of activity wishing to take advantage of this increased capacity at the Port of Trois-Rivières. The benefits of Terminal 21 will thus be compounded by the jobs created within these companies.