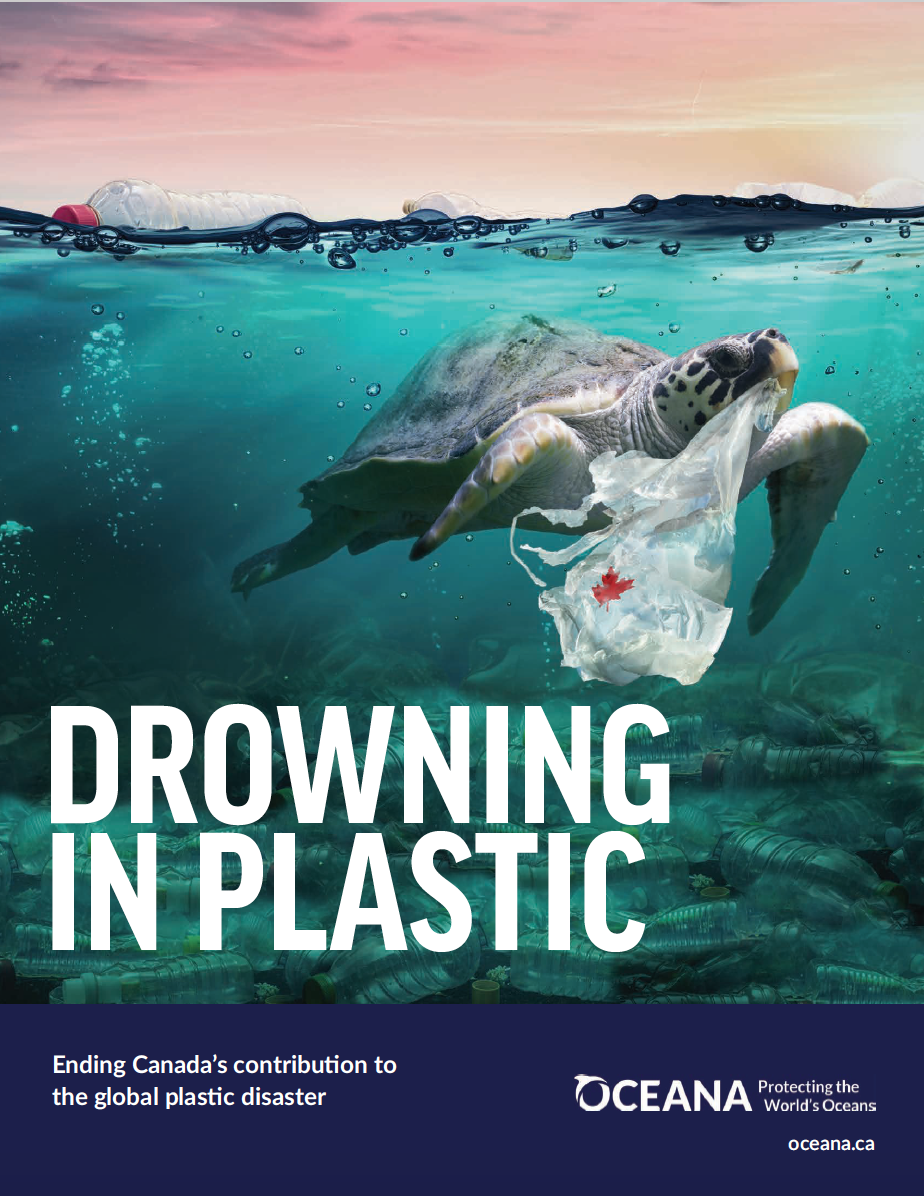 OTTAWA – A just-released Oceana Canada REPORT affirms that the massive amount of plastic waste Canada is generating disproportionately contributes to the global plastic disaster that is choking our oceans and the animals that call them home. The report from the non-profit organization outlines how the Canadian government can help turn the tide on one of the world’s most pressing environmental issues, starting by delivering on its commitment to ban harmful single-use plastics by 2021.

Canada uses 4.6 million metric tonnes of plastics every year — roughly 125 kilograms per person — and that number is predicted to grow to more than six million metric tonnes by 2030, according to the report entitled Drowning in Plastic: Ending Canada’s contribution to the global plastic disaster.

Global comparisons show that Canada produces nine times more plastic waste per person than India, up to 3.6 times more than some countries in Southeast Asia and up to twice that of some Scandinavian countries.

Similarly, freshwater is deeply affected. Each year, 10,000 tonnes of plastics enter the Great Lakes – with a recent study finding up to 6.7 million plastic particles per square kilometre.

Recycling is not a viable solution. Only nine per cent of plastic has been recycled. Eighty-seven per cent of the plastic waste we think is being recycled, ends up in landfills and the environment.

Canada has exported roughly four million tonnes of plastic waste over the last 30 years – the weight of about 800 blue whales worth of plastic per year – mostly to Asian countries that are ill-equipped to handle it and which are now refusing to accept more.

“As Canada boasts the world’s longest coastline, touching three oceans, we have a national and global responsibility, and an opportunity, to show leadership and to provide Canadians with what they want: plastic-free choices,” the report stresses.

“Canada needs to move away from our current wasteful system where plastic that is made to last forever is created, used once and then immediately disposed of. The current approach – low recycling rates, exporting plastic waste to other countries and shifting responsibility downstream to consumers – is expensive, irresponsible, and inefficient, and doesn’t even scratch the surface of solving this massive problem,” said Kim Elmslie, campaign director at Oceana Canada.

“The plastic disaster won’t end without government leadership. Oceana Canada is calling on Prime Minister Trudeau and Environment Minister Jonathan Wilkinson to create a strong and meaningful ban on single-use plastics by 2021,” said Ms.  Elmslie. “The Government of Canada has committed to protecting our oceans – taking serious and definitive action to end our country’s contribution to the plastic disaster is a vital part of that plan. »

To put a halt to the plastic disaster, Oceana Canada urges governments and businesses to ban all unnecessary single-use plastics in Canada by 2021; starting now, municipalities, universities, public institutions and businesses should provide plastic-free options; support policies and infrastructures to reuse plastics, including refilling beverage containers; and stop the export of plastic waste to developing countries either directly or indirectly and promote reduction-based solutions internationally.