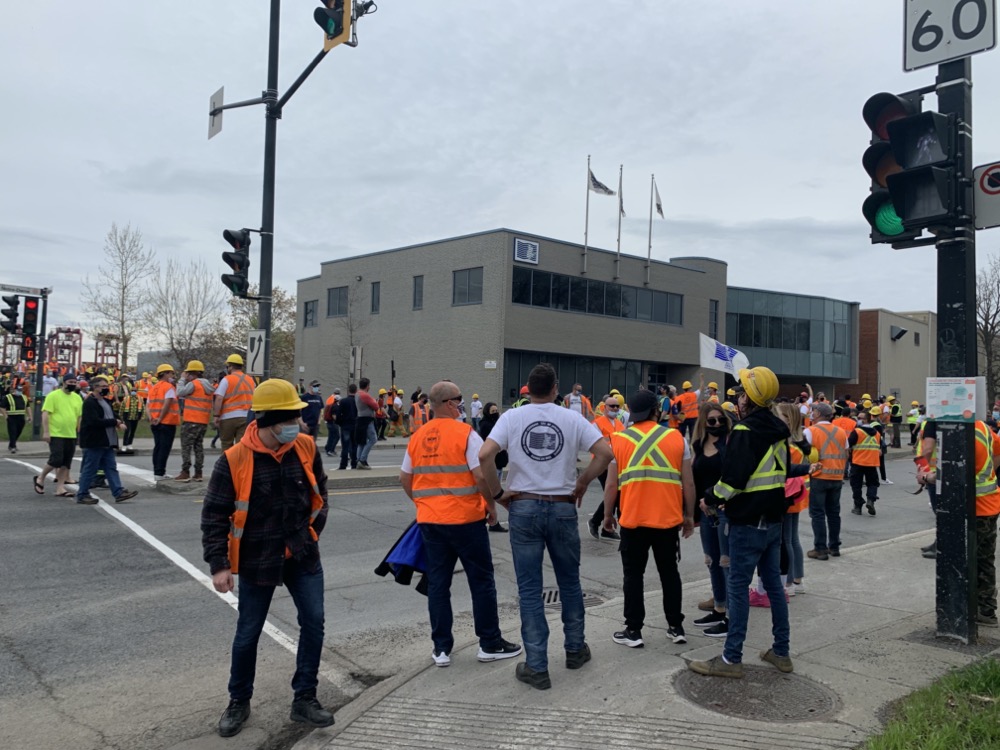 The union representing 1,150 striking Port of Montreal dockers today vented its anger after the House of Commons approved back-to-work legislation overnight. Bill C-29 will now go before the Senate Friday, where it is likely also to be passed, and potentially go into force Saturday. Subsequently, an appointed mediator-arbitrator would determine the contents of a new collective agreement.

The Bill received 255 votes in favor and 61 votes against, as the Conservative Party supported the Liberal minority government. The NDP party and Bloc Québecois opposed the special law introduced due to the mounting impact of the prolonged waterfront conflict between the Maritime Employers Association(MEA) and CUPE 375 on the Canadian economy and supply chain.

“Throughout this process, we were clear we would return to work if the employer walked back their unfair, unilateral changes to our members’ work conditions,” said CUPE National President Mark Hancock. “But it was obvious the employer preferred to avoid bargaining altogether, and they successfully duped the Liberals into tipping the scales in their favour.”

CUPE 375 went on strike Monday in response to the decision by the MEA to extend work shifts and make changes in guaranteed income arrangements in the collective agreement. The existing agreement expired in December 2018.

“The Liberals have shown yet again that when the chips are down, they’re no friend to Canadian workers,” said CUPE National Secretary-Treasurer Charles Fleury. “The courts say time and time again that back-to-work legislation violates Charter rights, and Mr. Trudeau has made it clear today that he does not respect the Charter that his father brought in as prime minister.”

“If anyone was still wondering if Conservative leader Erin O’Toole would hold true to his recent rhetoric about supporting rank-and-file union members, his party’s vote in support of Bill C-29 makes it clear,” said Mr. Hancock. “Just one more thing the Conservatives now have in common with the Liberals: two parties who talk about supporting Canadian workers, who then sell them out the moment the rubber hits the road.”

In Montreal Thursday, the union instructed its members not to picket that day but instead to converge en masse to the headquarters of CUPE where union chief spokesman Michel Murray gave a press conference in the afternoon.

« The union will contest the validity of this bill, » said Mr. Murray. Calling the back-to-work bill unconstitutional, he said the union has filed complaints with the International Labour Organization because Canada is a signatory on two international treaties regarding the right of workers to strike.

The Port of Halifax reported “business as usual” – with no signs yet of carriers diverting ships to Halifax as they did during the August 2020 series of Montreal work stoppages. (photo CUPE)