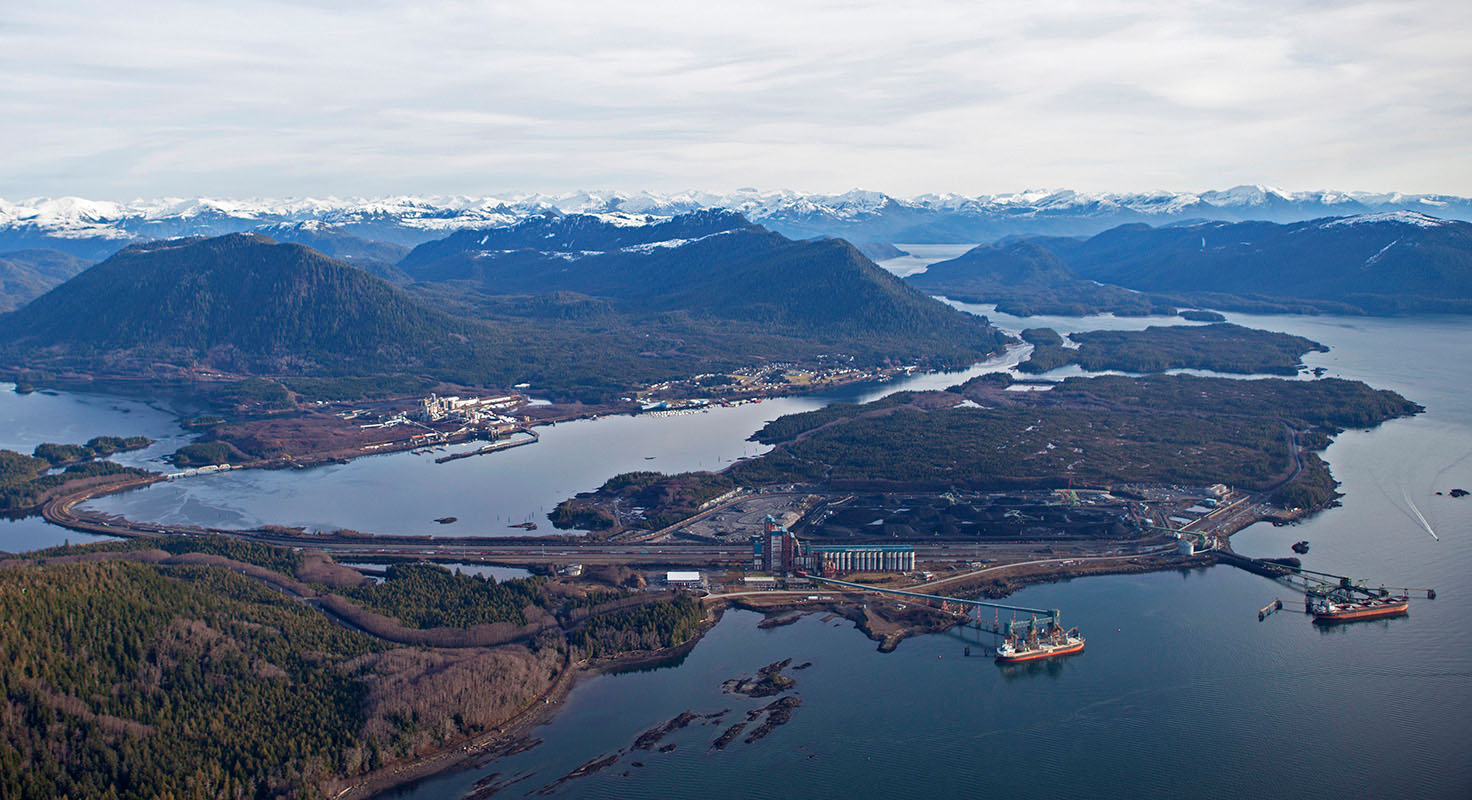 The former Ridley Terminals Inc. – a high-performance bulk export terminal within the Port of Prince Rupert – has announced its rebranding as Trigon Pacific Terminals Limited (Trigon). Inspired by Coast Tsimshian artistic traditions and Indigenous ownership, the new name and identity reflects the significant recent and future planned changes at the terminal, and its accelerating progression towards a more diversified and sustainable future.

The marine terminal has served as a vital trade link in Canada’s northern trade gateway since 1983, connecting Canadian exporters with key global markets. Formerly a Crown corporation, the terminal is now privately-held by AMCI Group, Riverside Holdings and the Lax Kw’alaams Band and Metlakatla First Nation.

The three-pointed « trigon » that will now be the visual identifier of the terminal is a design element drawn from the cultural context of the company’s Indigenous co-owners that is frequently seen within Indigenous art. The « trigon » is known to represent the concepts of transition and upward movement, and speaks to Trigon’s ownership, connection to the community and vision for the future.

« Our new identity is about looking forward, while honouring Coast Tsimshian culture and traditions, as we advance our company’s commitment to Reconciliation through both Indigenous ownership and a strong, sustainable operation, » says Trigon President and CEO Rob Booker. « We are charting an exciting path forward for the benefit of everyone. »

« Rapid transition is very much the pathway we’ve been on since the terminal’s privatization and we have great ambitions for Trigon’s future, » adds  Mr. Booker.

Trigon currently handles steelmaking and thermal coal, as well as liquid petroleum gas (LPG) exports, which remain core to the operations. In parallel, the company has been rapidly advancing its strategy to also handle new green energy exports, investing in the necessary infrastructure upgrades.

« A particular focus for our terminal is the export of reduced and zero-carbon energy, with hydrogen in the form of ammonia being a leading contender, » says Mr. Booker. « There’s existing production and tremendous opportunity in Canada and even greater global demand. As many countries increasingly put hydrogen at the top of their list as part of their commitment to global decarbonization, we intend to play a significant role in this evolution as Canada’s first hydrogen-as-ammonia export terminal. »

Mr. Booker notes that Trigon is continuing to advance the already-permitted construction of a multi-commodity second berth, which would double the terminal’s throughput capacity and enable the handling of new products including hydrogen, wood pellets and other exports. (Photo Port of Prince Rupert)