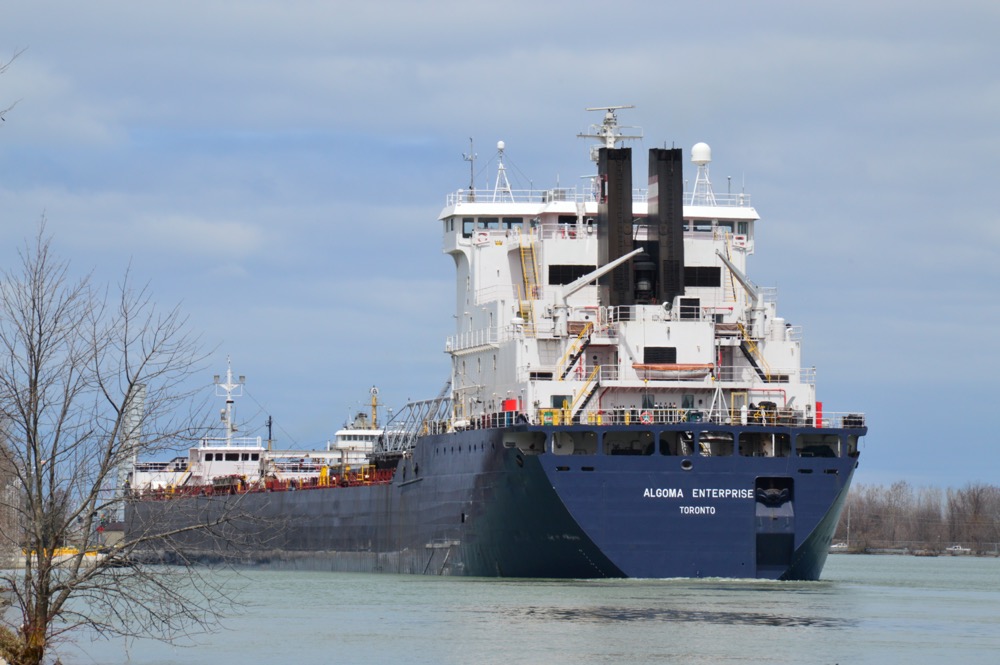 North American demand for manufacturing and building materials led to dramatic spikes in shipments of iron ore, steel, cement, stone and other raw materials via the St. Lawrence Seaway and through Canadian Great Lakes ports, according to the latest results.

From March 22 to August 31, iron ore shipments hit 4.6 million tonnes, up 30% compared to the same period in 2020.  The significant rise is due to the recovery of the domestic steel sector, with Canadian-flag ships transporting iron ore from Quebec mines to Canadian plants. Minnesota Iron Range pellets are also being transported from the Port of Duluth-Superior and Silver Bay to Quebec ports and then loaded onto ocean carriers for export overseas.

General cargo shipments via the Seaway also escalated by 60%, mainly due to steel imports from European countries to cities throughout Ontario and the U.S. Great Lakes states.

Year-to-date dry bulk shipments, including stone, cement, gypsum and other materials, were up 13% while grain shipments declined by 18% (including both Canadian and U.S. volumes).

As a result, overall cargo volumes on the St. Lawrence Seaway (from March 22 to August 31) hit 20.7 million tonnes; up 5.2% compared to the same time period last year.

“The demand for steel and construction materials are a reflection of recovering industries domestically and internationally; these raw materials will be needed for months to come”, said Terence Bowles, President and CEO of  the St. Lawrence Seaway Management Corporation. “Although we anticipate grain volumes to be lower this autumn due to this summer’s unfavourable growing conditions in Canada and the U.S., we are encouraged by the increase in the transportation of goods on the Seaway that can be observed since the beginning of the year.”

“We continue working with our partners to maintain the competitiveness of this waterway for the benefit of all”, he concluded.

The Port of Thunder Bay, which had impressive grain totals in August 2020, 2019 and 2018, saw grain shipments drop to a three-year low last month. Year-to-date grain shipments are one million tonnes lower than 2020’s 25-year high volume; a return to normal volumes.

Despite the drop in cargo tonnage, there were highlights at the port in August, including Keefer Terminal’s largest shipment of European steel rail to date. Steel imports at Keefer, which began six years ago, are expected to double over last year as demand continues in Western Canada. Bulk potash exports also continued to rebound in August, with year-to-date volumes above average as Thunder Bay is the only potash export port on the Great Lakes-St. Lawrence Seaway System.

In addition to these essential materials, the port received special cargo on August 27 with the arrival of the 560-tonne, 69-metre long eastern half of the new Commissioners Street Bridge. This is the third bridge span to travel through the St. Lawrence Seaway from Dartmouth, Nova Scotia to the port as part of Waterfront Toronto’s Port Lands 2024 project. At 152-metres, the full Commissioners Street Bridge will be longest of four new bridges being installed as part of the project.

“The Port of Toronto provides a crucial piece of the city’s economic infrastructure for the transportation of goods to support construction projects in the port lands, downtown core and Greater Toronto Area,” says Geoffrey Wilson, CEO, PortsToronto. “Whether providing the sugar for our coffee, the salt for our roads or the raw materials needed for Toronto’s booming construction industry, including cement and steel, the Port of Toronto will continue to play an essential role in our national transportation chain throughout 2021.”

While the Port of Toronto saw 11 deliveries of steel cargo in 2020, in the first five months of the 2021 shipping season alone, the port received 11 such deliveries and anticipates the arrival of a number of ships carrying a variety of steel products throughout the remainder of the season.

As of August 31, the Hamilton-Oshawa Port Authority (HOPA Ports) has seen over 6 million tonnes of cargo (combined) through the ports of Hamilton and Oshawa.

Hamilton’s total tonnages exceeded 1.2 million tonnes in August; 14% higher than the same month last year and an almost 30% increase year-to-date. As the surge of construction materials continues, steel imports, sand, stone and slag are all up significantly this season. As for agricultural commodities, raw sugar saw a significant increase, whereas grain is down slightly. HOPA’s ongoing Pier 10 export expansion project, which will increase berthage space and covered storage onsite, will soon enable raw sugar to be delivered directly to SucroCan’s sugar refining facility, taking thousands of trucks off the road in the process.

On the other side of Lake Ontario, Oshawa port saw an exciting milestone in August with its first grain shipment of the season. Sollio grain terminal accommodates agricultural storage and shipping for farmers across Durham. Though its year-to-date totals are down slightly, Oshawa’s August results are 7% higher than the same month last year, driven by stone, cement and steel.

HOPA Ports is currently exploring a Land Use Planning process for the Port of Oshawa. “We are partnering with municipal leaders, economic development, customers, and residents to explore opportunities that align with a local vision. We’ve found these partnerships are key to building sustainable and prosperous port cities,” said HOPA Ports, CEO Ian Hamilton. (photo Paul Beesley)