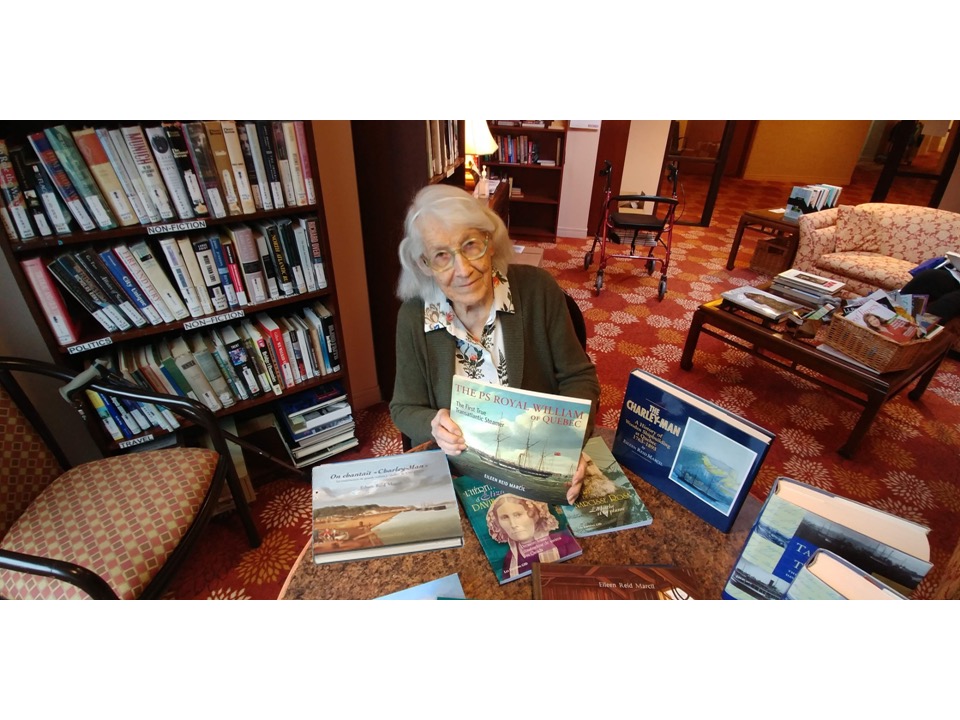 The seemingly ageless Grande Dame and maritime chronicler of Quebec’s rich shipbuilding history has done it again – producing an extensively researched book that tells an engrossing, little-known story. But this time, Eileen Reid Marcil, has set the record straight for students of the great maritime traditions of the City of Québec and neighbouring Lévis on the identity of the first steamship to cross the Atlantic and who built it. It’s all there in the 132 pages of the beautifully illustrated The PS Royal William of Quebec – The First True Transatlantic Steamer, published by Baraka Books of Montreal.

Need one recall that world trade was transformed in the 19th century when ships changed from sail to steam. Subsequently, controversy developed over which vessel propelled entirely by steam made the first crossing. The title was long claimed by several pretenders, notably the Great Western and the Sirius from respectively Cork and Bristol to New York in 1838.

Well, the truth conveyed by the maritime historian points to the Paddle Steamer Royal William, launched in 1831 at the Campbell and Black shipyard in the Port of Quebec and which steamed across the Atlantic from Pictou, Nova Scotia to Portsmouth, England in 1833 in a voyage that took three weeks. Most significantly, it was propelled entirely by its engines – not the case of some ships which arguably had to cover distances by sails when fuel ran short. 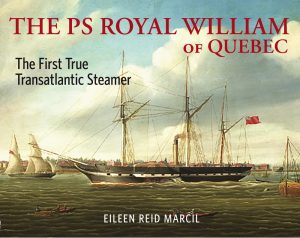 In its conclusion, the book describes the successful voyage in unassailable terms: “As in the case of the Royal William, none of the other early steamers benefitted from the use of a surface condenser, the invention patented by Samuel Hall in 1834, which desalinated water that fed steamer engines and prevented encrustations from forming in their boilers.

“It was under that shared disadvantage that the Royal William succeeded where the others failed. It was able to do so, because it was loaded with sufficient fuel and because that fuel was of special quality. Commanded by Captain John McDougall, it left Pictou on August 19, 1833, its bunkers and part of its cargo space heavily laden with 254 caldrons of what was regarded in the trade as ‘unequalled for steamboats’ coal.

“And because John McDougall was an excellent navigator and dared to take on the challenge, when the PS Royal William reached England on September 9, 1833, it became the first vessel to span the Atlantic under steam, the First True Transatlantic Steamer,” concludes the account of the historical passage.

Looking back, though, it was another voyage across the Atlantic that launched the destiny of Eileen Reid Marcil. That was when she immigrated to Canada from England as a war bride after marrying Georges Marcil, a member of Royal Canadian Naval Volunteer Reserve who was to later become a professional artist. “We had 63 very good years together,” she told Maritime Magazine in Montreal, where she now lives following decades in Quebec City.

Eileen Reid Marcil was first attracted to researching when she worked as a personal secretary for a corporate lawyer in the early 1970s. Then one day she was approached by a professor at Université Laval to do a doctoral thesis on shipbuilding in Quebec. The die was cast.

But at the age of 98, Eileen Reid Marcil hints that her unique career is not on recess: meaning she still has more research to undertake and more words to publish. As she put it in an interview, “I have a few ideas on another project, and yes there’s a historical dimension!”