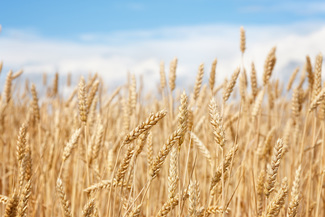 Dozens of ships are expected to arrive at the Port of Thunder Bay over the next few weeks as demand for food staples like wheat and durum increases around the world.

Canadian vessels have already loaded 200,000 metric tons of grain in the last week, twice the average volume in March. The Montreal to Lake Ontario section of the St. Lawrence Seaway opened today (April 1) allowing Canadian vessels to travel the entire Great Lakes-St. Lawrence River waterway to deliver Prairie grain from the Port of Thunder Bay to Quebec where it will be transloaded onto ocean-going vessels destined for overseas markets.  International vessels will also start arriving mid-April in Thunder Bay to pick up grain.

« Right now, we expect April grain volumes to be above normal.  We currently have 650,000 metric tons of grain in storage ready to go out and we are receiving more rail deliveries. The port can store more than a million metric tons of grain at a time and has the fastest rail turn-around times, so we are well-positioned to help Canadian farmers supply their markets, » says Tim Heney, CEO of the Thunder Bay Port Authority.

Recent consumer and government demand has increased production of bread and pasta around the world.

« We are seeing strong demand for food staples like Canadian wheat and durum with production up at flour mills and pasta plants around the world. Demand was already up in countries like Italy which had a smaller crop last year but with the COVID-19 pandemic, some countries are ordering extra wheat and durum to increase their reserves and satisfy this new demand, » says Carsten Bredin, Vice-president of Grain Merchandising for Richardson International Limited, « Great Lakes-St. Lawrence shipping is going to be a critical part of the supply chain to move grain to markets in Europe, Northern Africa and the Middle East. «

Bruce Burrows, President and CEO of the Chamber of Marine Commerce, says: « The entire marine supply chain has worked together with government and public health agencies to develop measures that protect the health and safety of our employees and stakeholders. We are proud of our ship crews and port-side stakeholders who have quickly mobilized to adapt their operations and go the extra mile to support the Canadian economy and ensure essential products continue to be delivered in this time of crisis. »

Mr. Sobkowich says: « The grain sector has been hit particularly hard this year. It started with a late harvest and variable quality, and moved to railway labour action, mudslides, and finally blockades.  Now we are in the midst of trying to move grains, oilseeds and pulse crops to our customers in the midst of a global pandemic. The silver lining is that strong demand exists with our trading partners over the Atlantic in Europe and Africa, and the recognition by governments that it is essential for the grain supply chain to continue to function.  The re-opening of Thunder Bay and the St. Lawrence Seaway is critical in order to supply food to the world, and to keep as many people employed as possible during this difficult time. » (Photo Canadian Grains Commission)