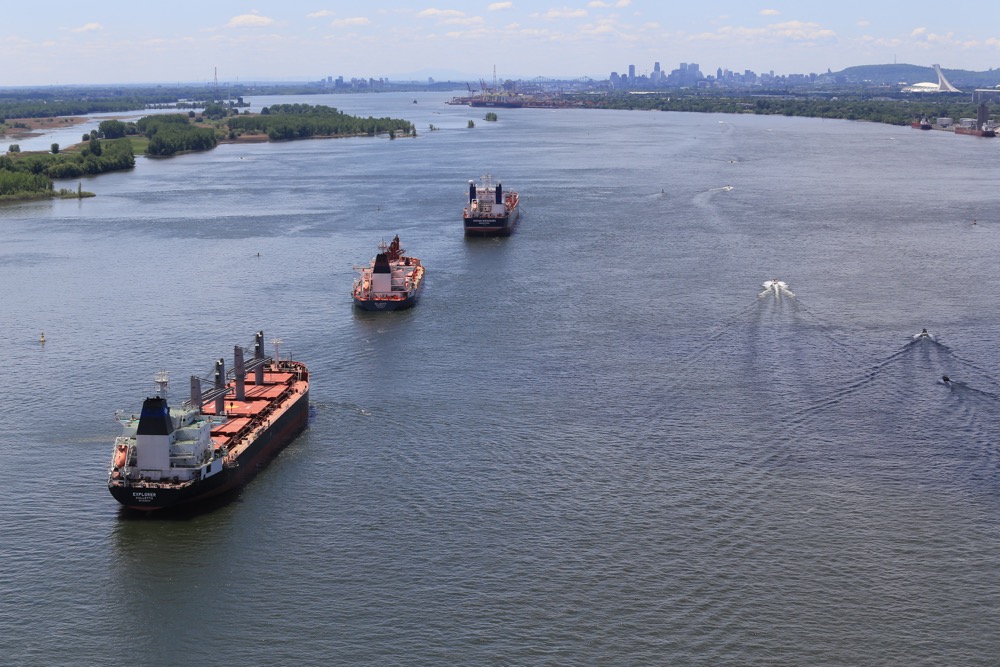 Canadian marine shipping organizations welcomed new federal mandatory vaccination rules released this week by Transport Canada, and said that marine company policies would be ready to protect the safety and welfare of both their employees and the public.

The Chamber of Marine Commerce, which represents marine industry stakeholders including major Canadian ship operators, shippers, ports, terminals and marine service providers that operate in the Great Lakes-St. Lawrence, East Coast and Arctic, had already been working for some time with its partners to develop a model policy that strongly encourages use by members for their own specific operations.

The CMC’s Canadian ship operator members, which operate more than 150 Canadian-flag freighters, tugs and barges, contributed to the development of the policy.  Many of the Chamber’s members and partners, from ship operators to Canadian ports to the St. Lawrence Seaway to pilotage authorities, are federally-regulated and will be impacted by Transport Canada’s new rules.  All of CMC’s Canadian ship operator members have already or will be adopting mandatory vaccination policies for all employees, including onboard crews and shoreside personnel.

Bruce Burrows. President and CEO of the Chamber of Marine Commerce, said: “Marine workers are on the frontlines delivering essential goods for Canada’s economy. They are often working in close quarters and interacting with multiple people at different points and parts of the supply chain. Despite putting in place extensive protective measures during the pandemic, the marine sector experienced a few COVID outbreaks., which in some cases, led to hospitalization and, tragically, even the death of one of our seafarers. Mandatory vaccinations are a necessary next step to help protect our employees and to reassure their families and communities that they are working in the safest possible environment.”

Mr. Burrows added that he looks forward to working with federal and provincial partners to develop improved ways to deliver booster vaccines to Canadian seafarers.  Onboard crews come from all over Canada, are on ships that are continuously operating for weeks/months at a time, and need mobile vaccine clinics in ports. Canadian seafarers struggled to get their first and second vaccine shots previously due to bureaucratic roadblocks, and some were forced to get them at U.S. ports.

“The Seafarers’ International Union of Canada stands with the Chamber of Marine Commerce in our support for Transport Canada’s vaccination policy for seafarers and encourages all companies in the marine sector to support these measures,” said James Given, President of SIU of Canada. “The SIU of Canada and the majority of our members coast-to-coast-to-coast believe that vaccinations are the best way forward and our best chance at moving past this Pandemic. Seafarers are critical to our nation’s economy and it is vitally important that all marine sector workers are kept safe from COVID-19 on board their vessels.”

“As a federal Crown corporation, the Great Lakes Pilotage Authority (GLPA) has adopted a mandatory vaccination policy that applies to all GLPA employees including marine pilots, members of its Board of Directors and contractors that mirrors the federal public service’s policy. Since the beginning of the pandemic, the GLPA has ensured continuous uninterrupted services to its customers while dealing with the challenges of COVID-19 and welcomed the governments’ direction on a vaccination policy to ensure the health and safety of its employees and the crew members of its customers,” stated Michèle Bergevin, CEO at the Great Lakes Pilotage Authority. (Photo Port of Montreal)