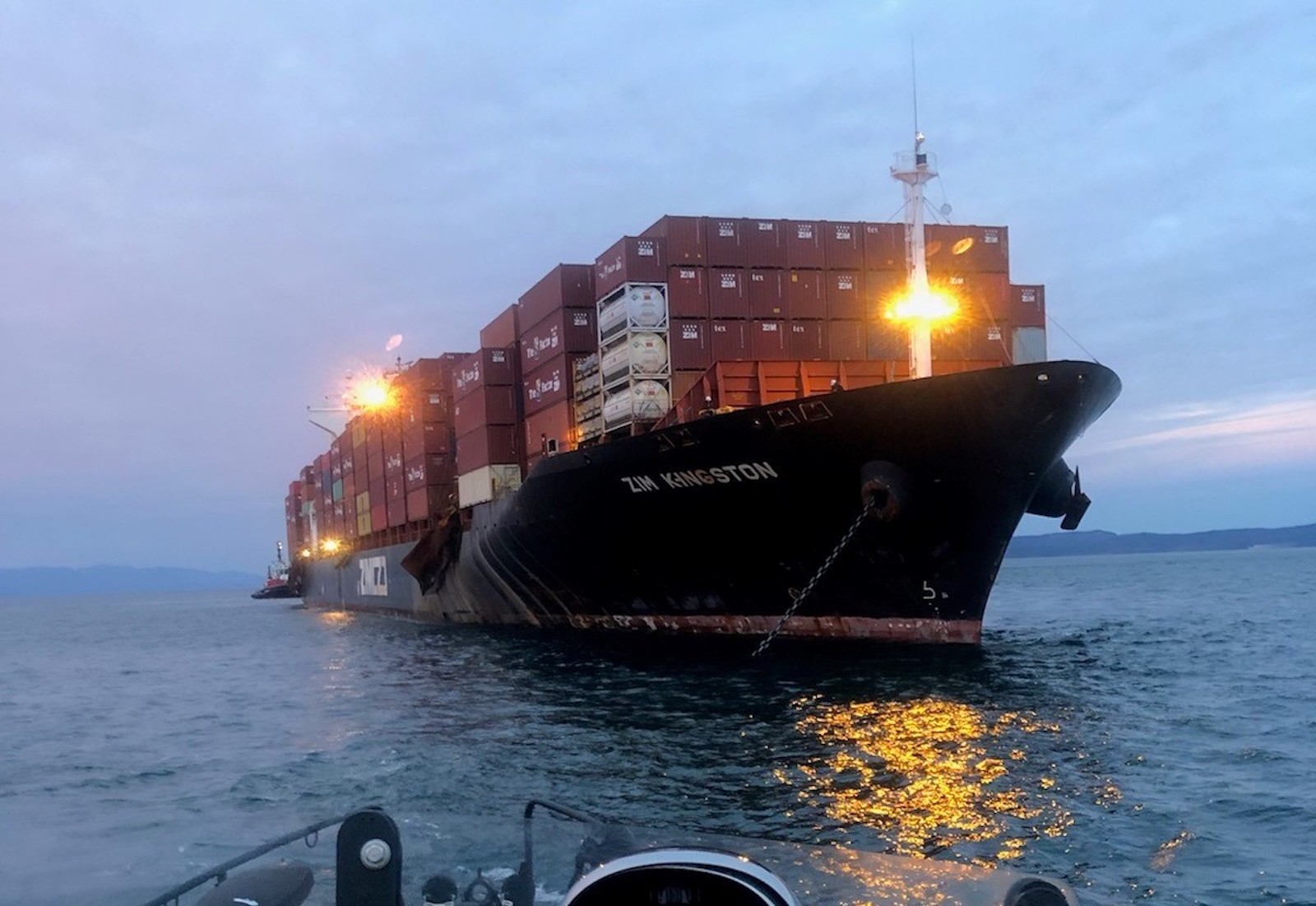 The Zim Kingston arrived at the Port of Nanaimo this weekend more than a month after 109 containers were lost when fire broke out during a heavy storm. It was escorted by two Seaspan tugboats and two Canadian Coast Guard vessels.

The 4523-TEU vessel left its anchorage off Victoria on Friday and headed on an 85 nautical journey for Nanaimo, where damaged containers will be removed at DP World’s Duke Point Terminal prior to the containership eventually proceeding to its original destination – Deltaport at the Port of Vancouver. Officials said it could take up to 10 days to unload some 60 containers.

The timing of the ship’s trip to Deltaport remains to be determined since the Port of Vancouver has been hit by serious congestion as a result of a series of unprecedented rainfalls on Vancouver Island.

No injuries or major pollution, with the exception of the lost containers, have been reported. (photo Canadian Coast Guard)