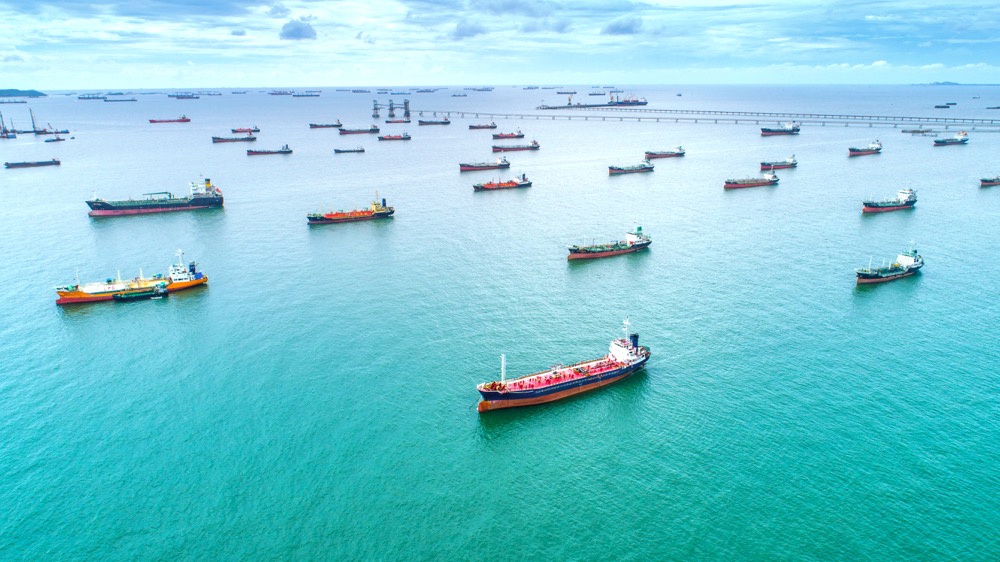 In December 2020, the signatories of the Poseidon Principles—currently twenty large banks—released their first Annual Disclosure Report. As the first paragraph of the report says: « This report represents the first time signatories of the Poseidon Principles disclose the climate alignment of their ship finance portfolios. It marks a significant milestone in the joint efforts of the signatories for global ship finance, and for climate finance as a whole. »

There is no doubt that the Poseidon Principles initiative, together with its almost sister initiatives Sea Cargo Charter and Climate Bond Initiative (the three use the same methodology), are positive and significant contributions in the path towards the decarbonization of the shipping industry. By dealing with shipping finance, charters, and green bonds, the three initiatives will help implement precise and tangible measures to reduce GHG emissions by the shipping industry. Those efforts will be instrumental in creating a virtuous circle in tandem with technical innovation; both the ingenuity of naval architects and marine engineers, on one side, and the decisions of the stakeholders—in this case, the banking industry, on the other, will be conducive to have, every year, more energy-efficient ships until the time comes for the Zero Emission Vessels (ZEVs) of the future to replace the current fleet gradually and fully.

What we value the most from the first Disclosure Report by the Poseidon Principles is the fact that it opens the eyes of the banking system to a new dimension that, as one can read from most of the statements by the representatives of each participating bank (presented in the second part of the report), has been unknown until now: They have been lending money to the shipping industry but without paying much attention to environmental issues. This quantitative exercise carried out directly by

the banks, or commissioned to classification societies or other third parties, has demonstrated that behind financial numbers taken into consideration as part of the traditional due diligence needed for approval of the lenders’ credit committees or teams, there is also an environmental dimension: in this case, GHG emissions, which is the most critical environmental variable of all in today’s world, and will continue to be the decisive one for the rest of the XXI century.

From now on, thanks to the Poseidon Principles, bankers will realize that the ships they finance, whether newbuilds or not, must be looked at from all sides, as if looking at a globe thoroughly—north and south, east and west, land and sea—before buying them or, in this case, before financing them. From now on, the lenders will ask the shipowners: Provide us not only with the financial numbers of the vessels you want to purchase but also with the additional technical information needed to estimate the GHG emissions of those vessels. The due diligence will take some extra time, but the dialogue between bankers and shipowners will be more fecund. The shipowners will have to retrofit vessels or, in the case of newbuilds, they may have to go back to the drawing desk with their naval architects and marine engineers because it is expected that the ships of today will be more efficient than the ships of yesterday and that the ships of tomorrow will be more efficient than the ships of today, and so on.

If we express these favourable comments about the Disclosure Report, why are we saying that the disclosure could have been better? Before continuing, we must say that the commentary that follows has no intention to criticize the report, but, on the contrary, the criticism should be taken as recommendations to clarify some pending issues with this year’s report and deliver an even better report at the end of this year. We also want to state clearly that our criticism is neither related to the exclusive inclusion of GHG emissions. We are well aware that to add any other variables, such as biodiversity, could take some years because it is not an easy endeavour to develop the methodologies. Hence, the comments that follow refer exclusively to GHG emissions.

The Poseidon Principles report could have provided at least some more information. In the table we have created, we included the numbers for each of the banks. And the figure, taken from the report, summarizes those numbers. The report tells us that the twenty signatories represent « approximately USD 150 billion, or one third of global shipping finance. » Of course, since in this report only fifteen banks disclosed their numbers (the other ones surely joined the initiative only recently), the total amount is lower than USD 150 billion. However, the report does not disclose the share of each bank as part of the total amount covered by the fifteen banks included in the report this year. The report does not disclose the portfolio percentage (if any) that each bank did not include in the estimations. The report does not disclose for each bank if the estimates were done internally (the allowed pathway track according to the methodology) or by a classification society (the preferred pathway track); the words « allowed » and « preferred » have different means. We understand that the Poseidon Principles were written with disclosure restrictions in mind—not to reveal confidential information; however, by looking at the first report’s results, it is clear that the disclosure is not sufficient and should be improved. To disclose only that one bank is misaligned (or aligned) by 5% without indicating the three previous issues we just mentioned is not enough.

There is a more critical problem in the report, and this has to do with the most crucial number presented in the report—the key number 1.2%, which is provided on page 18 and even further highlighted in the figure provided on the same page. When one sees that the number is barely 1.2% above the ideal trajectory, one has the impression that the banks, as a group, are doing quite well, with a slight misalignment. The number, however, is misleading. Why? Because it is the simple average of the 15 numbers included in the table when it should instead be the weighted average because the four outliers (Amsterdam Trade Bank, 31.58%; Sparebanken Vest, 29.11%; BPI France Assurance Export, – 43.43; and Export Credit Norway, -44.92) are influencing the simple average heavily, and, besides, those four numbers were also, most likely, influenced by a few vessels, because such high or low numbers could only be the result of a small portfolio highly dependent on either very good or very bad performing vessels.

However, could it be that the 1.2% also be the weighted average? The report does not say so, which means that it must be the simple average: any graph, chart or table, when uses a weighted average, mentions that explicitly—that is the convention—and when it is not mentioned, it means that the simple average was used. The only reference to weighted numbers is presented in footnote 6, but it seems to relate exclusively to how each bank calculates its own numbers. In summary, the Disclosure Report by the Poseidon Principles is not transparent when providing the global result for the group of fifteen banks. We doubt that the weighted average amounts to 1.2% because that would have implied an incredible coincidence. Since the 1.2% number was taken out from the press release and the emphasis was redirected to the fact that three banks had aligned portfolios, we are convinced that the weighted average is higher than 1.2%, maybe between 2.5-6% (according to some back-of-the-envelope calculations we have made with the very limited data available), but that is something we cannot know unless the signatories release the share of each bank from the total amount of the fifteen reporting banks. Since this is the first Disclosure Report by the Poseidon Principles, we request the release of those shares, or at least the release of the weighted average percentage, not the simple average, which is meaningless. 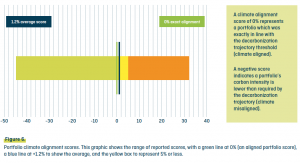 And the previous issue brings us to the following one: given the presence of four evident outliers, the best graphical representation would have been a box-and-whisker diagram, the most common and straightforward statistical tool to capture a sequence of numbers when the data has significant outliers, instead of the simple bar presented on page 18, which is not adequate to summarize numbers like the 15 that are presented in the table. The final results would be better captured in a small-size box with very long whiskers. If it were a cat, its mouth would have been small with whiskers quite long!

Since we do not want to end with a negative tone, let us reiterate the following. We are delighted by the work that the Global Maritime Forum has been conducting, in particular, with the launching of two forward-looking and ambitious initiatives—the Poseidon Principles and the Sea Cargo Charter—plus the launching of a third one that has been the most revolutionary of all across the maritime industry—the Getting to Zero Coalition. The methodology that has been developed, even if it uses the Annual Efficiency Ratio (AER), which, as it is well known, has its flaws, could not be most up to date given that the estimations must use the International Maritime Organization (IMO) Data Collection System for Fuel Consumption (MSD). We have seen how development banks that lend to governments and the private sector have been developing their own methodologies; some of them, like the European Investment Bank, the KfW, the Inter-American Development Bank, or Finnfund, have been able to estimate the GHG produced or saved by their entire portfolio. Private banks are not there yet, but after implementing the Poseidon Principles, we do not doubt that the traditional laggard sector on environmental issues—the maritime industry—may become a great example of how the banks should deal with other sectors.

In summary, the Poseidon Principles released a good report. We welcome and congratulate the signatories of this comprehensive document. If some parts of our policy brief may sound critical, it is because we are convinced that an essential role of institutions of civil society, like Gliese Foundation, is to encourage public and private sector stakeholders to improve their disclosures and transparency. Let’s hope that the Sea Cargo Charter, an initiative that will release its first report this year, may also consider these suggestions, given that they are using the same methodology, in this case, adjusted to charterers rather than banks. Hence, we conclude by repeating this policy brief’s headline: The Poseidon Principles Disclosure Report is good, but the disclosure could have been better. Photo: Shutterstock