The ports of Antwerp and Zeebrugge to merge 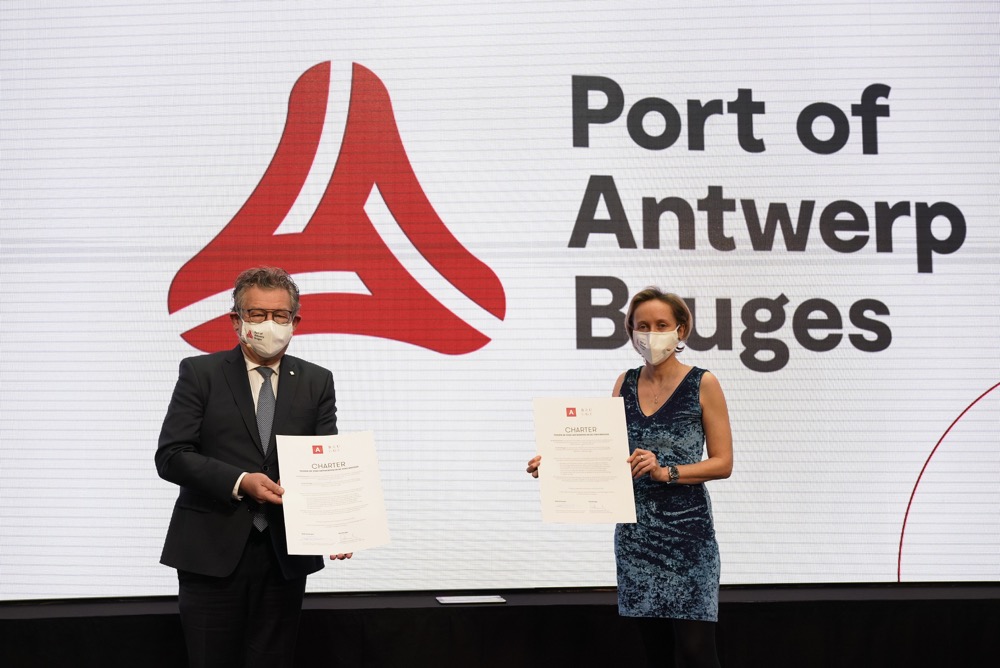 The City of Antwerp and the City of Bruges have reached an agreement to merge their respective ports. The two-city agreement marks the start of a unification process that is expected to take a year to finalise. Signing the charter were Annick De Ridder, port alderman and chair of the Antwerp Port Authority and Dirk De Fauw, mayor of Bruges and chair of the Zeebrugge Port Authority.

Once completed, the ports will operate under the name ‘Port of Antwerp-Bruges’. The merged port will become the most important container port (157 million tonnes/year), one of the largest break bulk ports and the largest port for the throughput of vehicles in Europe.

Furthermore, the port will account for more than 15% of Europe’s liquid natural gas transited and it will of course remain Europe’s most important chemical hub. Finally, it will be the largest port for cruise ships in the Benelux. With a total throughput of 278 million tonnes per year, the unified port will be able to consolidate its leading position in the world.

Unifying a port is more than a story of tonnes and volumes. The ambition is to become the world’s first port that reconciles economy, people and climate. The unification project is all about creating added value for the surrounding areas of Antwerp and Zeebrugge, for customers and stakeholders, as well as for the rest of Flanders. As part of a joint plan, the two ports have defined three strategic priorities – sustainable growth, resilience and leadership in the energy and digital transition.

Port of Antwerp-Bruges will combine the best of both worlds and will focus on the strengths of each site. The ports of Antwerp and Zeebrugge are largely complementary. For example, Antwerp specialises in the handling and storage of containers, break bulk and chemical products, while Zeebrugge is a major port for RoRo traffic, container handling and the transhipment of liquid natural gas. Working more closely together will make it possible to consolidate sustainable growth, not only of each port’s individual market share, but also of the joint market share of both ports together.

In order to maximise the added value of a unified port, Port of Antwerp-Bruges will seek to develop and make optimum use of the interconnectivity between the two ports. The transportation of goods by rail between the two sites will be bundled, estuary traffic (by inland vessels on the North Sea) will be optimised and pipeline connections will also be on the list of priorities.

Committed strategic investments, such as the new sea lock in Zeebrugge and the additional container capacity in Antwerp, will go ahead. Future investments will be evaluated from a unified operational perspective, so that both port platforms will benefit, and the port continues to meet its customers’ expectations.

The merged port intends to identify as many synergies as possible, to continue to build on the extensive support within society for this driver of Flanders’ economy and to reinforce its position as a logistical, maritime and industrial centre. Not only within Flanders and Belgium, but on a European level and worldwide.