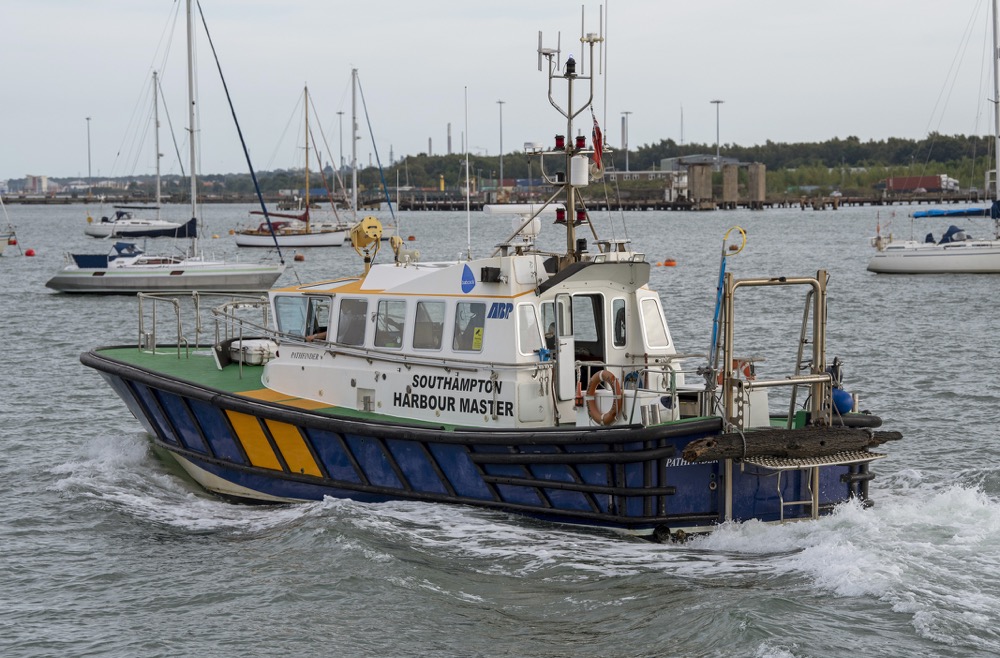 It may offer less in the way of adventure, while an enthusiasm for foreign travel is universal these days, but the sea career still remains attractive to a surprising number of young people. Those organisations offering scholarships for cadet training report there is still plenty of demand out there, even though there is widespread ignorance in the general population about the function of merchant ships. Maybe, with the sealift from the Ukraine getting under way, and dock strikes causing concern about goods for Christmas, people won’t be so certain that all the stuff they buy comes by air. Perhaps this will encourage even more demand for cadetships with numbers obviously slumping during the long months of the pandemic.

But there also remains a critical demand for sea-experienced ships’ officers throughout what we have learned to describe as the shore-side maritime infrastructure, with warnings about the demographics of the current workforce, with its grey or thinning hair. So, adding the recruitment to the shore side demands, there has been a great deal of concern about the need to supplement the recruitment of cadets in order, several years in advance, to fill these shore side posts where sea-experience is either useful or vital.

There is no faulting the logic of this, except that there is a problem in the middle of this transition from cadetship to maritime lawyer or technical superintendent, harbourmaster or shipping company executive. It is, quite bluntly that the UK no longer offers a range of seagoing opportunities for ships’ officers to acquire the experience that will equip them for all these important roles. Just finding training places for cadets aboard ship so that they can fulfil their sea time obligations is increasingly difficult, while newly qualified officers also struggle to find employment as they seek to build their careers.

In this country, (and this is a problem found in many former “traditional” shipping nations), we no longer have a reasonably sized merchant marine that is domestically owned and managed. Sure, there may be cadet placements with foreign owned companies that subscribe to the Tonnage Tax scheme, although there are fewer of them and many have questioned the benefits of a life lived as the sole trainee Brit aboard a foreign-manned ship. And there will be no possibility, once qualified, of an ongoing career in such an operation.

If this is the reality, how many trainees should the UK shipping industry be recruiting, if they are not to become disillusioned by firstly the sea-time conundrum and secondly the problem of acquiring experience as a ship’s officer? There are too many anecdotes about qualified officers sailing aboard excursion craft or as ABs on ferries, while they endlessly apply to prospective employers. Once the purpose of recruiting young people was to man the merchant fleet, but if we no longer have one to man, its only purpose is to provide experienced staff for the shore. You see the disconnect here, as the numbers really will depend on the demand for UK officers in the “international” fleet., which is really like that question about the length of a piece of string.

Writing  in the latest Nautilus Telegraph, there is a very thoughtful article by the former secretary to the Maritime Skills Alliance Iain Mackinnon, which points out that so many of our assumptions about the supply and demand for cadets and ships’ officers  are based on information that is decades out of date. He thinks that studies undertaken in 1996, which suggested that the UK needed 1200 cadets to enter the industry each year, “need a fresh look”. That number has been endlessly repeated as a sort of desirable target over the years, even as the circumstances have changed.

If most of the entrants are eventually to serve in the “international” fleet, with even the domestic ferry fleet less of a safe berth these days, maybe we ought to be more realistic about their expectations. There is no arguing that UK trained ships’ officers are in technical terms “gold standard” and that organisations like the Trinity House Cadet Scheme and the Maritime London Officer Cadet Scholarship Scheme (soon to celebrate its 30th anniversary) do a truly excellent job, but it would be good to have a better idea of industry demand and what might be done to enhance this. There is little point in providing brilliant maritime colleges turning out excellent officers, but these young “customers” need to feel there is something better than temporary work as a seasonal AB on a ferry, after their long years of study.