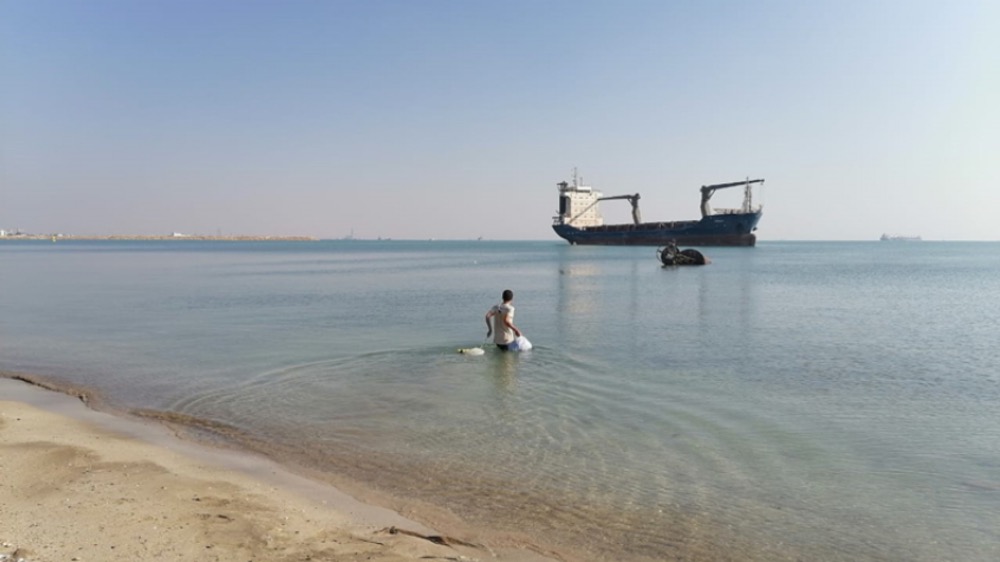 This story borrowed directly from The International Transport Workers’ Federation (ITF) will shake your heart for sure. If it doesn’t, maybe you don’t have one. It is somewhat reminiscent of the tales from The Death Ship (Das Totenschiff), a novel by the pseudonymous author known as B.Traven. The Death Ship describes the predicament of merchant seamen who lack documentation of citizenship and cannot find legal residence or employment in any nation.

In this case the Red Sea Port Authority of Egypt has shirked its responsibility in the shocking case of Mohammad Aisha and the Bahraini-flagged MV Aman. They have a moral duty to act now, whatever the legal rights and wrongs, says representatives of the union federation representing the stranded seafarer.

When the general cargo ship MV Aman (IMO 9215517) was detained at the Suez anchorage in Egypt in July 2017, chief officer Mohammad Aisha had only been on board for two months. He is still on board now, though the intervening four years have been cruel to both Aisha and «his» ship.

Since a court made him the ship’s ‘legal guard’, they have been legally bound together. He can’t leave it – and the stalled sale of the ship suggests that it can’t leave him.

Mr. Aisha’s case is similar that of Turkish captain Vehbi Kara, who was trapped aboard the MV Mete in similar circumstances. However, unlike Captain Kara, Egyptian authorities are yet to act.

For Aisha, 2021 is his fourth year stuck on this floating prison. And he is alone. Completely alone. His physical and mental health are deteriorating daily. He is without power or light. He swims to shore for basics like food and water, risking his life every time he does so. He swims to collect them, and he is forced to swim back. According to the law, the MV Aman is his problem, and his problem alone. At least until it’s someone else’s.

“In March of last year, the ship ran aground due to rough weather,” Aisha told ITF when he asked for our help in December 2020. “Since then, no-one is providing me with fresh water, provisions or diesel oil. I have had to swim to shore every few days to get food and water and to charge my phone. These days, getting to shore is endangering my life because of the cold and my bad health (I almost drowned several times).”

The seafarer is a one-man humanitarian crisis trapped by circumstance in a prison-like situation. In many ways it is worse than prison. Only action by the Egyptian port authorities can free him. They have a range of practical options they can take to get Aisha home to Syria, but as yet none have been taken up. Instead, Egyptian Port authorities allow the ITF’s urgent emails describing the man’s deteriorating, pained condition go unanswered.

The silence from Egyptian officials seems to suggest they are content to leave Aisha rotting on the MV Aman indefinitely.

The ITF has also sought the intervention of the Bahraini flag, where the ship is registered, to help to arrange the urgent repatriation of the seafarer.

The rest of the crew went home in September 2019. Since then, Aisha has been alone (effectively in solitary confinement). A doctor who examined him found he was suffering all the symptoms typical of someone imprisoned in poor conditions. He is malnourished, anemic and suffers pain in his legs. He also shows signs of psychological damage relating to his treatment.

“I’ve requested repatriation many times,” Aisha told us. “But the port authorities are refusing to allow me to leave.”

“The Egyptian authorities have a humanitarian duty to do something about Mohammad Aisha’s terrible predicament,” said Mohamed Arrachedi, the ITF’s Arab World and Iran Network Coordinator, who has been trying to get Aisha home.

“I don’t want to prescribe how they should sort the problem out, but there are a number of possible mechanisms. Things are becoming desperate. They need to act immediately,” he said. As well as getting Aisha medical treatment, the ITF has offered to pay for hotels and flights so that the tired seafarer can go home. But the Egyptian authorities hold his passport and refuse to cooperate to change his situation. To make matters worse, his passport expired on the 22nd of March, which will make things become even more complicated for getting home.

Steve Trowsdale, the ITF Inspectorate Coordinator, sees all too much suffering as a result of abandonment. “This has to be one of the worst cases we’ve come across,” he said. “It is outrageous that after four years of serving as the legal fall guy for this ship, that the Egyptian port authorities still aren’t doing anything.” Trowsdale said the federation this week wrote to the UN’s International Labour Organization asking the global body to step in over the chief officer’s treatment.

However, he says there is a ray of hope. “The latest information we have is that the ship will be open to sale on the 24th of March. Everyone is hopeful a buyer will snap it up and move things along for this seafarer. This can’t go on.”