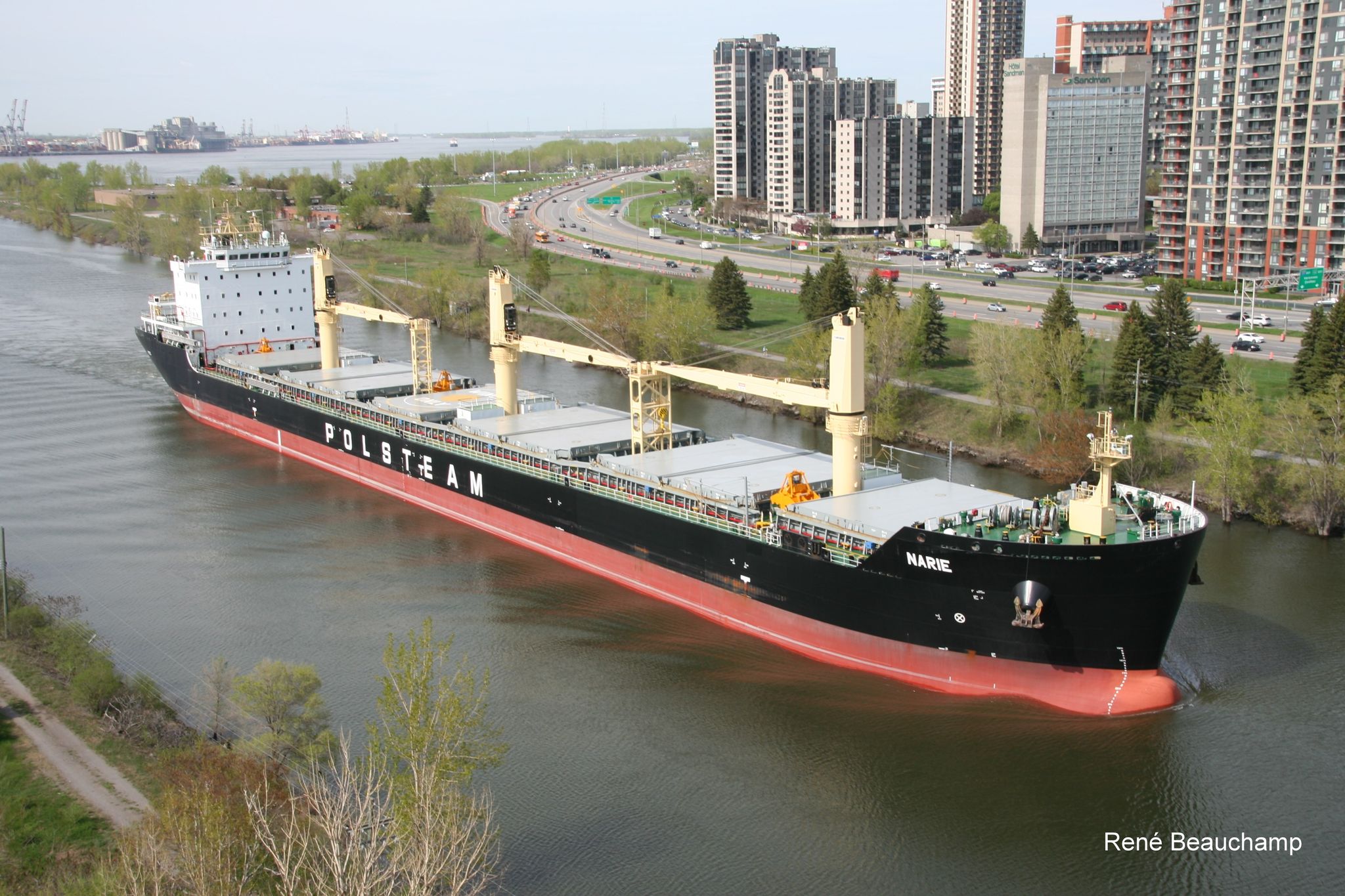 “Considering the impact of the worldwide pandemic, we are very pleased with these traffic results”, said Terence Bowles, President and CEO of the SLSMC. “While the economic volatility from COVID-19 impacted the marine industry, the Seaway worked with carriers and shippers to maximize cargo opportunities and confirm its competitive position in North America’s transportation system”, he added.

The impacts of the pandemic differed by cargo type and limited total cargo volumes in 2020. “The Seaway’s resiliency and agility in operating allowed it to handle numerous steel slab movements and a record grain crop in 2020”, Mr. Bowles said.

Craig H. Middlebrook, Deputy Administrator of the U.S. Great Lakes St. Lawrence Seaway Development Corporation (GLS) said, “The Seaway’s 62nd navigation season was one of the most remarkable in history.  Despite all the challenges throughout the year, it was one of the safest and smoothest seasons on record.  The final tonnage results continue to demonstrate the resilience of the binational waterway and its ability to remain competitive in the global marketplace.”

Working collaboratively with key stakeholders to manage water flows allowed vessels to safely navigate the system during 2020, while reducing flooding risks to communities adjacent to the waterway.

Both SLSMC and GLS are now turning their attention towards the winter period, when a significant portion of maintenance work is carried out to maintain critical assets and ensure the long-term safety and reliability of the Seaway system.

The Great Lakes St. Lawrence River System is a “marine highway” that extends some 3,700 km from the Atlantic Ocean to the Great Lakes. Over 200 million tonnes of cargo travels over the system on an annual basis, supporting over 329,000 jobs and $59 billion in economic activity in Canada and the United States. The binational St. Lawrence Seaway serves as the linchpin within the broader waterway, connecting the lower St. Lawrence River to the Great Lakes.  Beginning in Montréal and extending to points west, the Seaway’s 15 locks (13 Canadian and 2 U.S.) enable ships to climb a total of 168 metres from “sea level” up to Lake Erie. Photo of Polsteam’s Narie entering Seaway downstream: René Beauchamp