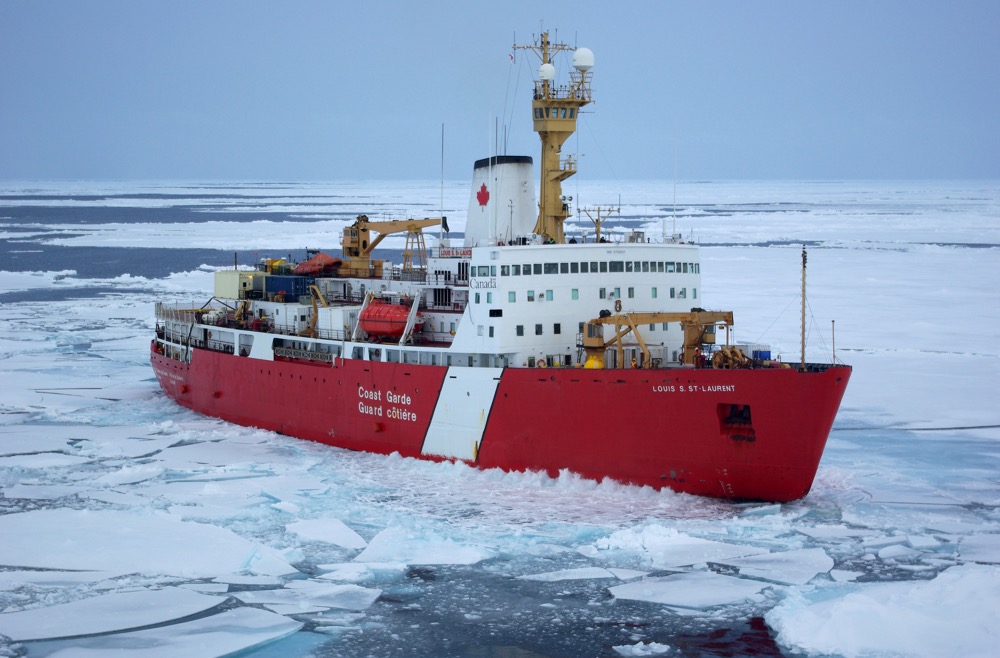 Under the terms of their agreement, if Seaspan Shipyards is awarded the Polar Icebreaker contract, Heddle will fabricate ship modules at its three Ontario shipyards, creating sustained, predictable and long-term work for Heddle in Hamilton, St. Catharines, and Thunder Bay. The strategic relationship will also provide National Shipbuilding Strategy (NSS) program work for Heddle’s facility in Mount Pearl, Newfoundland.

Along with Chantier Davie of Lévis, Québec, Seaspan and Heddle expressed interest earlier this year in bidding for the contract to build the CCGS John G. Diefenbaker, destined to replace the more than 50-year-old CCGS Louis St-Laurent. Chantier Davie is expected to relaunch its bid for the polar icebreaker contract.

The cost has soared from an initial $720 million to over $1.3 billion. Observers do not expect delivery before 2019 at the earliest – several years behind past deadlines.

Seaspan originally won the polar icebreaker contract in 2011 under the NSS. But Ottawa pulled the plug on it last year after virtually no construction had begun at the Seaspan yard undergoing a number of technical and other issues. It was replaced in the order book in August by 16 smaller vessels while other yards in Canada were invited to offer proposals for the polar icebreaker.

In reshuffling the shipbuilding program, Ottawa commissioned six smaller icebreakers from Davie in a move described by Heddle as a fixed selection  process.

Commenting on today’s announcement, Mark Lamarre, CEO of Seaspan Shipyards, stated: « The NSS is employing thousands of Canadians and rebuilding the marine industry across the country; Heddle has broad domestic skills and facilities that so far have been untapped to support the strategy.”

For his part, Shaun Padulo, President, Heddle Shipyards, declared: « Heddle has a long and proud history of operating shipyards in Canada. Our facilities have been building ships for Canada stretching back to the production of vessels for the Royal Navy in WWI. This partnership with Seaspan Shipyards provides us with a critical opportunity to revitalize the shipbuilding industry in Ontario and Newfoundland by becoming a meaningful partner in the National Shipbuilding Strategy”.