Seaborne trade with Russia has plunged by more than 55% 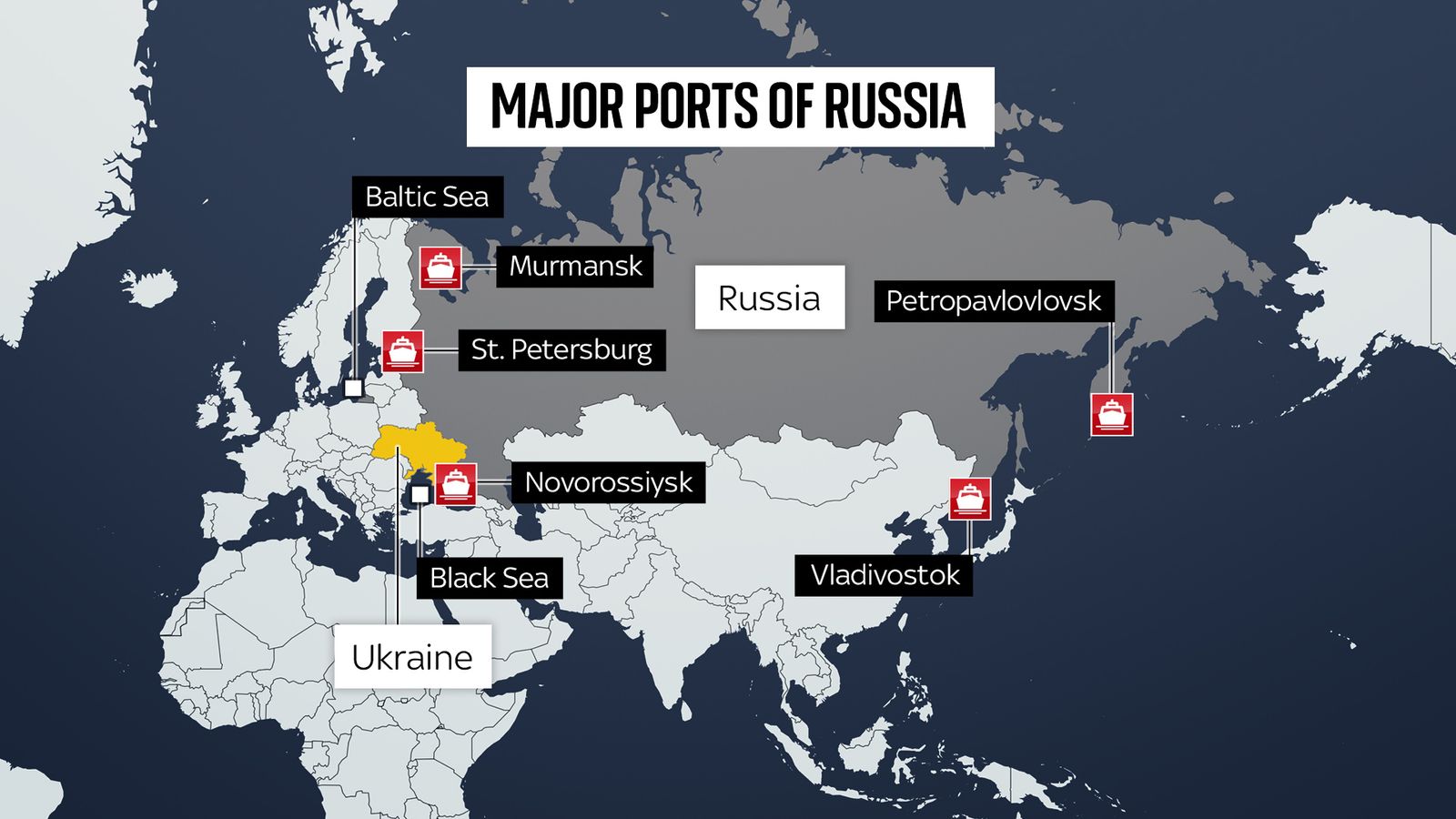 Maritime trade with Russia has more than halved since the invasion of Ukraine began three weeks ago, according to a report from UK-based Sky News. The latter is part of the Trust Project Network of 200 news sites as partners.

The dramatic fall in seaborne trade is three and half times greater than at the worst point during the COVID pandemic and follows a series of sanctions imposed on Moscow by Western countries.

It heralds a shortage of goods in Russia’s shops in the coming days as retailers, manufacturers and businesses run out of warehouse stocks which trade analysts suggest are normally meant to last between one and three weeks.

Before the invasion of Ukraine on February 24, the average number of ships bound for Russia had held steady at around 325. Since then, this has fallen by more than 55%, according to financial data provider Refinitiv.

« In my 20-year career, I have not seen this big of a drop into one destination, as we’ve seen over the last three weeks, » said Glenn Koepke, a general manager at FourKites, a supply chain technology platform.

It’s not only sanctions, but physical harm to ships and their crew, that are having an impact, particularly in the Black Sea.

Here, Russian naval forces have launched hundreds of missiles into Ukraine –  prompting many shipping companies either to cancel or reroute away from the area, driving a decline of 58% compared to the pre-invasion period.

The fall in trade at other Russian ports, many located thousands of miles away from the conflict, also points towards the effectiveness of sanctions applied by the US, UK, EU and other allies.

Ports in the Baltic Sea, like St Petersburg, responsible for a third of Russia’s maritime trade, now have 65% fewer ships making port calls, according to calculations by the investment bank UBS.

In the Pacific, the number of ships has declined by 52% since the war started. These ports, including Vladivostok, primarily receive cargo from China, Japan and South Korea.

Impact of sanctions on supply chains

Car maker Lada this week announced suspension of operations at three factories, the larger of which employs more than 30,000 people.

Western companies have turned away from Russia even in industries that have not been sanctioned.

These include dry commodities such as coal, grain and fertilisers, of which Russia is a major exporter.

The number of container ships, oil tankers and dry bulkers, which account for three quarters of the Russia-bound fleet, has dropped between 40% and 60% since late February, according to UBS data.