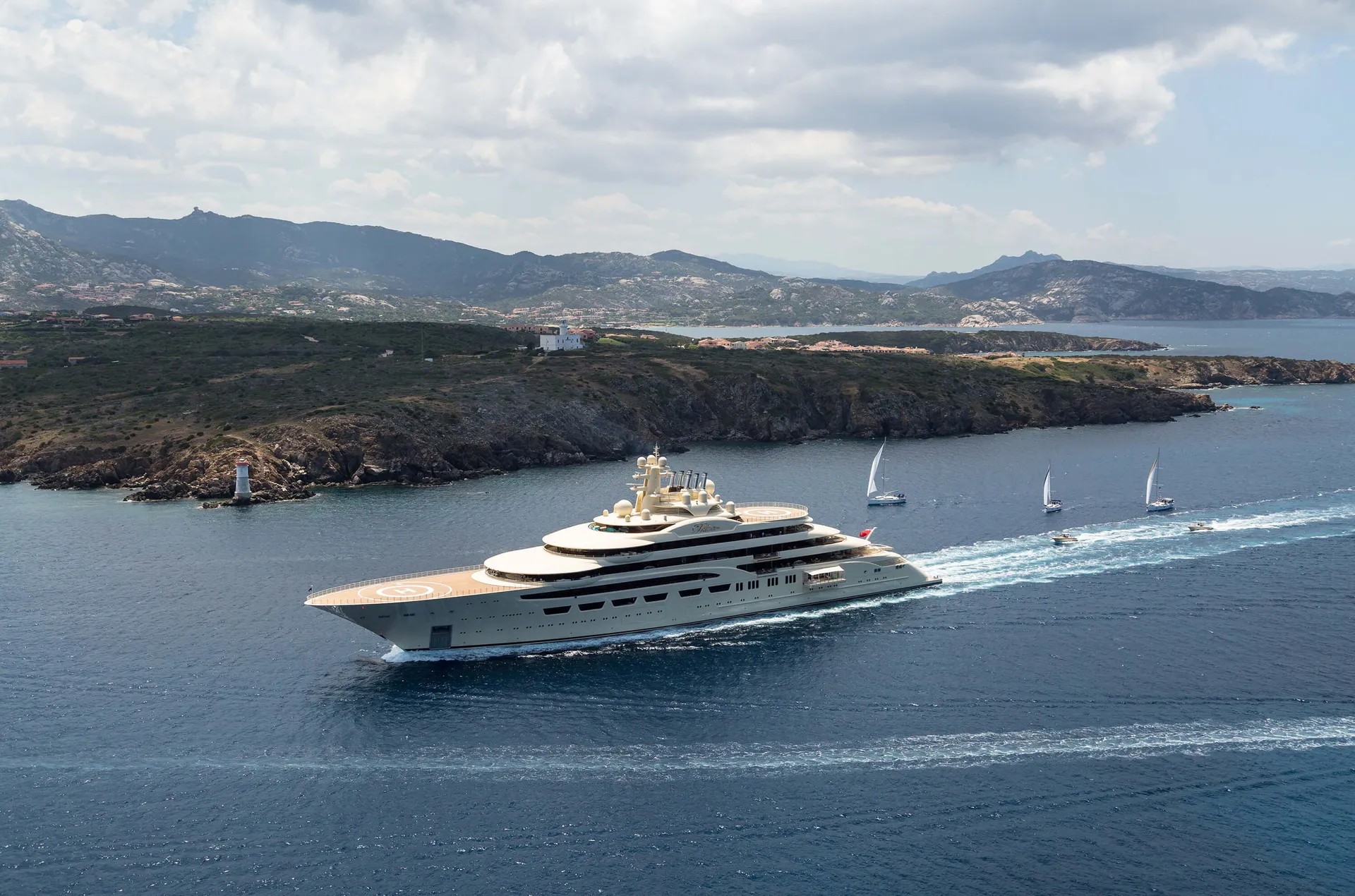 According to multiple reports, Dilbar, the largest motor yacht in the world is now being held in Hamburg, Germany. It belongs to the Russian oligarch Alisher Usmanov, one of 26 close associates of Russian President Vladimir Putin sanctioned by the European Union on Monday. With an estimated net worth of $14.3 billion, Usmanov is one of the richest and most influential Russian oligarchs, with holdings in oil, gas and luxury real estate. He has a small fleet of superyachts, of which Dilbar is its crown jewel: a mammoth 156-meter (512 feet) construction by Lurssen, estimated at $600 million.

Dilbar is unique in many ways: it is the largest motor yacht in the world in terms of interior volume and tonnage and it has the largest swimming pool ever installed. It is also among the most expensive ships ever built.

Forbes reports that Dilbar is no longer owned by Usmanov. The ship, which was launched in 2016 after nearly four and a half years of custom work, was in Hamburg undergoing renovation. The Blohm and Voss shipyard, the very one that was refitting Putin’s super yacht Graceful, was overseeing the project. Following the asset freeze by the German government, workers at the shipyard did not report to work on Wednesday. Blohm and Voss have yet to comment officially on the situation.

Less than a month ago, before the start of the full-scale invasion of Ukraine, Russian President Vladimir Putin moved his assets closer to home, presumably anticipating global sanctions against him. He also made sure that his three (known) superyachts move quickly to Russian-controlled waters.

Other Russian-owned super yachts are en route in international waters, and some have fled to more comfortable jurisdictions. However, other yachts linked to Putin’s inner circle are within reach, and they are squarely in the sights of European and US regulators.

« The Department of Justice will use all of its powers to seize the assets of individuals and entities who violate these sanctions, » US Attorney General Merrick B. Garland said. “We will leave no stone unturned in our efforts to investigate, arrest and prosecute those whose criminal acts enable the Russian government to continue this unjust war. Let’s be clear: if you violate our laws, we will hold you accountable.

The civil forfeiture process means that assets under US jurisdiction can be seized and detained, even if the defendants cannot be immediately detained. In addition to asset forfeitures like yacht and jet seizures, the task force will pursue financial sanctions violations on all sides – including the illegal use of cryptocurrency to evade Allied response. (stock photo)