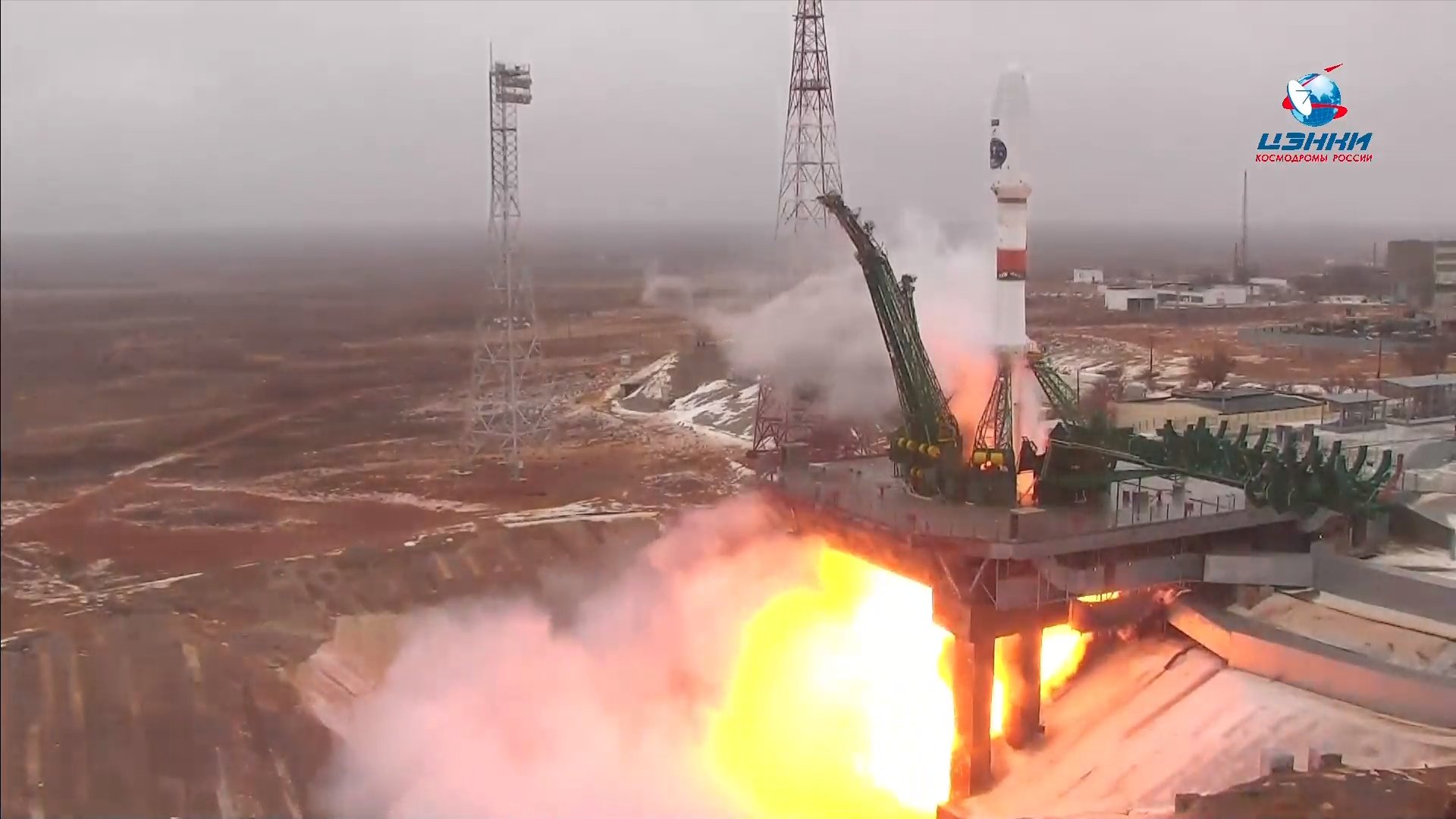 A Soyuz rocket blasted off from the Baikonur cosmodrome in Kazakhstan on Sunday carrying Russia’s first satellite for monitoring the Arctic’s climate, the Roscosmos space agency said.

Video published by the Russian space agency showed the Soyuz blaster launching against grey skies at 0655 GMT, carrying an Arktika-M satellite. Space agency chief Dmitry Rogozin wrote on Twitter Sunday that the launch was routine. « The ‘Arktika’ hydrometeorological and climate monitoring space system is designed to monitor the climate and environment in the Arctic region, » Roscosmos said in a statement.The Arktika-M will have a highly elliptical orbit that passes high over northern latitudes allowing it to monitor northern regions for lengthy periods before it loops back down under Earth.

At the right orbit, the satellite will be able to monitor and take images every 15-30 minutes of the Arctic, which can’t be continuously observed by satellites that orbit above the Earth’s equator, Roscosmos said.The satellite will also be able to retransmit distress signals from ships, aircraft or people in remote areas as part of the international Cospas-Sarsat satellite-based search and rescue programme, according to Roscosmos.

“As more activity takes place in the Arctic and as it moves into higher latitudes, improving weather and ice forecasting abilities is crucial,” said Mia Bennett, a geographer at the University of Hong Kong. “There is also an element of data nationalism that is feeding into all this. Countries, especially those that see themselves as space powers, want to be able to rely on their own satellites and data to inform their activities, whether commercial or military in nature,” she said.

The monitoring system will need at least two satellites to operate properly, the space agency said. « As part of the system, they will provide round-the-clock all-weather monitoring of the Earth’s surface and the seas of the Arctic Ocean, » it added. The launch of the second Arktika-M satellite is planned for 2023, Russian state news agency RIA Novosti reported.

Economic development of the Arctic is one of Russian President Vladimir Putin’s key goals as the Arctic holds huge oil and gas reserves that are being eyed by Russia and other countries including the United States, Canada and Norway.

UK scientists last month reported ice was disappearing across the world at a rate that matched « worst-case climate warming scenarios. »

The team from the universities of Edinburgh and Leeds and University College London found that some of the largest losses in the last three decades were from Arctic Sea ice.