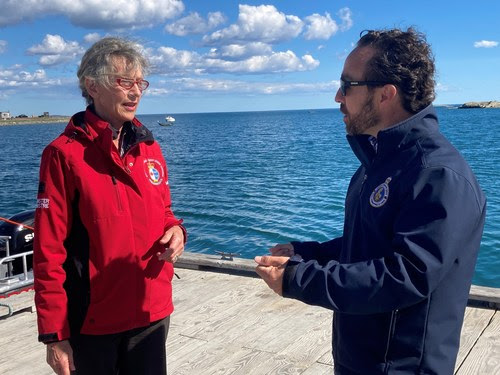 Rankin Inlet, Nunavut – The Minister of Fisheries, Oceans and the Canadian Coast Guard, the Honourable Joyce Murray, has announced new funding of more than $100 million for two separate Arctic initiatives that will expand the charting of Canadian Arctic waters.

New funding of $84 million will enable the Canadian Hydrographic Service (CHS) to continue their work to improve modern hydrographic services of mapping the seafloor, which directly contribute to safe navigation in the Arctic. The CHS will undertake hydrographic surveys using new technologies such as autonomous survey vessels and satellite-based remote sensing, to meet the challenges of Arctic hydrography, and provide new nautical charts and products in priority areas. This funding will also enable communities in the Arctic and Canada to work with the CHS to collect and use hydrographic data, advancing their understanding of the local seafloor.

Through previous funding from the Oceans Protection Plan, the CHS was able to increase our hydrographic coverage of the Arctic’s shipping corridors and release 72 new Electronic Navigational Charts. Today’s funding will build upon these accomplishments and further improve marine safety in the Arctic.

New funding of $24.7 million will enhance the CCG’s response capabilities at Rankin Inlet. Established under the first phase of the Oceans Protection Plan, the Canadian Coast Guard’s first Arctic search and rescue station opened in Rankin Inlet, Nunavut, in August 2018 as an Inshore Rescue Boat station. With this additional funding, the station will be enhanced to an Arctic Marine Response Station.

The CCG will use these resources to hire and train additional crew from local communities; extend the station’s operational season by one month annually beginning in 2023, to better align with the full ice-free boating season in the area; procure an additional search and rescue vessel, purpose-built for Arctic operations; and, undertake additional infrastructure improvements to enhance operational capabilities.

The CCG’s Station in Rankin Inlet provides maritime search and rescue services during the open-water season. Crews respond to distress calls that range from capsized vessels taking on water to medical emergencies. Its crew is an important part of the emergency preparedness and response system in the North, working together with the CCG Auxiliary, Inuit, and local first responders to increase maritime safety in Arctic waters.