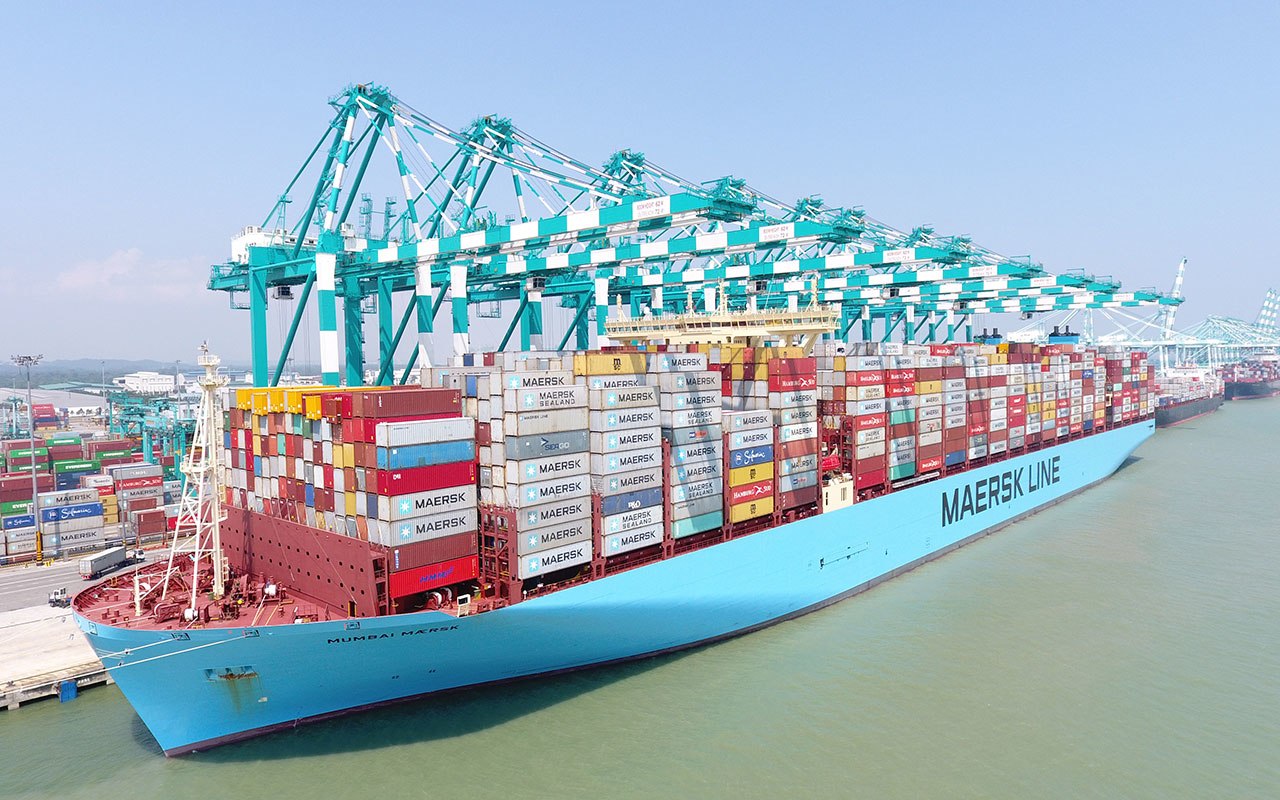 The CEO of the world’s biggest container line has called for a carbon levy on bunker fuel that exceeds any other similar decarbonisation proposal from maritime interests.

In a surprise statement, Maersk’s Søren Skou has recommended  a carbon tax of at least $450 per ton of bunker fuel ($150 per tonne CO2-equivalent).

The proposal far exceeds that of  the International Chamber of Shipping or the Marshall Islands’ $100 tax  plan though it is still substantially lower than Trafigura’s estimate of $750-900 per tonne of bunkers ($250-300 per tonne CO2-equivalent) for an effective GHG tax.

« We propose a carbon tax on ship fuel of at least $450 per ton fuel ($150 per ton CO2), a levy to bridge the gap between the fossil fuels consumed by vessels today and greener alternatives that are currently more expensive, » said Mr. Skou. « We all have a joint responsibility to do everything in our power to reduce carbon emissions. We owe that to customers, consumers and society in general. »

Maersk Group is the world’s largest purchaser of bunker fuel, accounting for about eight percent of the entire global volume. The tax would approximately double its fuel expenditures at present bunker prices. But in a recent webinar hosted by the World Economic Forum, Mr. Skou suggested that an extra few billion dollars per year in fuel costs for Maersk would end up as pennies of extra expense for the consumer.

In addition, Maersk’s biggest clients are setting science-based emissions targets for their supply chain, and they are asking for solutions. « We see this as a market opportunity, not a cost problem, » he said.

To ensure that low-carbon options are competitive, Mr. Skou called for an IMO-mandated « level playing field » in the form of a uniform bunker tax. « Today we know what the [future fuel] solutions will be. It’s going to be some kind of combination between methanol and ammonia.”

Meanwhile, according to Denmark-based online media ShippingWatch, Mr. Skou’s pricing proposal has received “lukewarm reception from other shipping owners. Many attribute the frustration with IMO’s footdragging to be one of the reasons for his statement.”

ShippingWatch considers that Mr. Skou may have been motivated by the chaotic circumstances leading up to the June 10-17 76th session of the IMO’s Marine Environment Protection Committee. (Maersk photo)