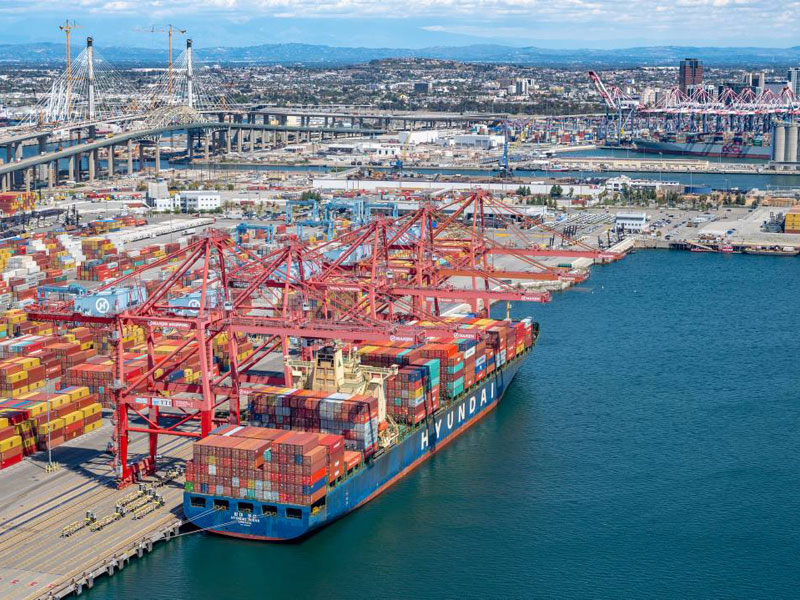 According to a report on the JOC.com news platform, container lines were caught unawares by the new port tariff announced by the ports of Los Angeles and Long Beach last week. And carrier executives are bristling at the idea that — for the second time in just two months — the Biden administration is ignoring their suggestions and delivering directives via the ports.

The Southern California ports’ Oct. 25 announcement that they would impose an emergency fee for excessive container dwells at marine terminals does not account for the scarcity of chassis needed to remove those containers. And while they plan to try to pass on the daily fees, which will be assessed from Nov. 15 and rise rapidly with each additional day a container is left on the docks, carriers say many of their retailer and non-vessel-operating common carrier (NVO) customers have language within their service contract prohibiting additional surcharges or additional port tariffs. In a Wednesday notice, Mediterranean Shipping Co. said it would pass the port tariff to customers.

The severity of the fees is difficult to overstate. The carrier is liable for $100 on the first day a container is in violation, $200 the second day, $300 the third day, and so on. Within a week, the total fees for a single container would total $2,800, and within two weeks, would total $6,000.

With port congestion now seen as a political liability for Biden, carriers say commercial realities are being steamrolled by top-down directives from Washington, DC. The ports’ mid-September announcement that they would move toward around-the-clock operations, encouraged by the Biden administration, ignored carriers’ warnings that marine terminals would not extend gates unless enough importers and consignees took advantage of off-hours, one carrier executive noted.

True to those warnings, marine terminals have resisted expanding gate hours, arguing the costs don’t justify the trickles of trucks picking up and returning containers during the early morning “hoot” shift.

Carriers also complain of what they see as a double standard, pointing to how Los Angeles and Long Beach announced a port tariff seven days before it would take effect — later pushed back a week — while container lines must file any surcharges with maritime regulators at least 30 days before any new tariff would take effect.

The carriers “are exasperated as well, trying to get the containers off the terminals. They don’t want their ships waiting; they want to get them back to Asia, » said Kurt McElroy, executive vice president at Kerry Apex, a large trans-Pacific NVO.

But carriers aren’t blameless either, JOC.com indicated. They have taken only limited steps to address shippers’ complaints over unfair detention and demurrage billing, despite seven years of unsuccessful efforts by the US Federal Maritime Commission (FMC) to encourage a more equitable process. And carriers are hardly discouraging importers from taking up valuable marine terminal space by offering extended free time to those large shippers in annual service contracts. (Photo Port of Long Beach)