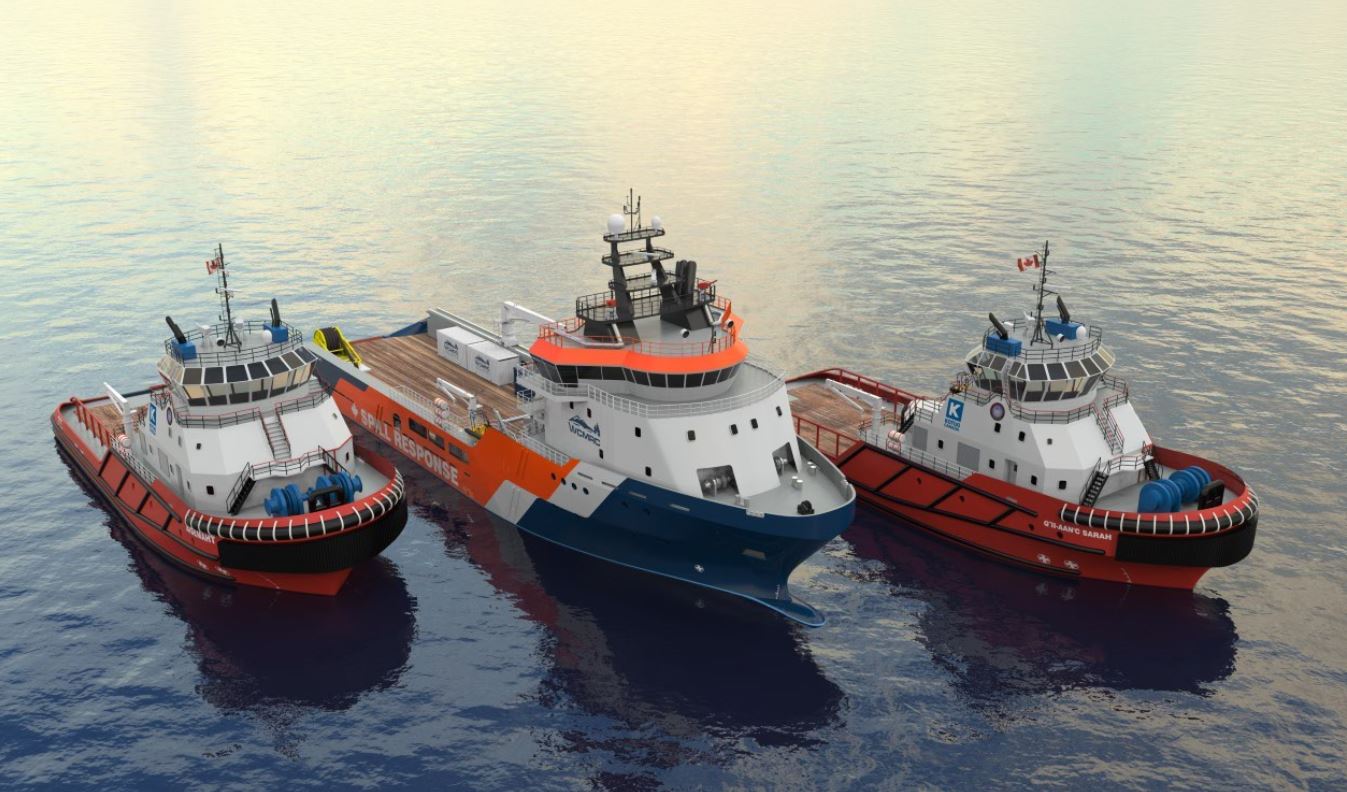 KOTUG Canada will provide escort towage to tankers loaded at Westridge Marine Terminal, and was selected for this purpose by shippers on the Trans Mountain Pipeline after a rigorous and competitive process, facilitated by Trans Mountain. Besides the strong technical specifications of these modern vessels, decisive factors for the award included KOTUG Canada’s commitment to a strong and innovative approach to Indigenous involvement and the partnership’s strong foundation in operational excellence in Canada and around the world.

The agreement provides the Expansion Project, and all other marine movements,  with necessary resources in support of Trans Mountain’s stringent commitment to marine safety and will further enhance the overall safety of vessel transits along the commercial shipping route between Westridge Marine Terminal in Burrard Inlet and the open ocean.

KOTUG Canada will provide and operate the two dedicated escort tugs, each approximately 50 metres long, with minimum bollard pull capacity of 110 T BP, which will be flagged in Canada and operated by highly skilled and capable Canadian mariners.

Provision of new technologies will assist to reduce underwater radiated noise and greenhouse gases. This includes the application of a revolutionary vessel hull coating developed in Canada by Graphite Innovation & Technologies. The vessels’ propulsion systems will use the latest engine drive technology.(Photo KOTUG Canada)