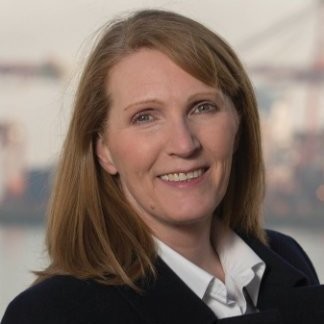 The Board of the Association of Pacific Ports (APP) has announced the appointment of Jane McIvor as Executive Director, effective February 1, 2020.

In making the announcement, Ian Marr, President of the APP and President and CEO of the Port of Nanaimo, noted that « Jane’s strong knowledge of the marine industry, coupled with her expertise in association management, will allow the APP to continue to fulfill its mandate of promoting communications and collaboration among ports within the Pacific trading area. »

Contacted by Maritime Magazine, Ms. McIvor disclosed that the administrative office of APP is being transferred to her home base of Vancouver, BC from Portland, Oregon. She added that one of her priorities will be to increase the membership among Canadian West Coast ports.

In accepting the position, Ms. McIvor thanked the Board for their support, adding that she was excited to be leading the Association into a new decade with renewed and refreshed perspectives and connections to increase opportunities for member ports and industry supporters.

« Given its rich history and regional diversity, as well as the solid commitment of the board to build stronger relationships throughout the Pacific region, the APP is well-positioned to significantly contribute to members’ goals of trade and economic development, environmental stewardship and best practices, and professional development, » Ms. McIvor said, adding that she looked forward to meeting members at the upcoming APP Winter Conference – January 22 to 24 in Oahu, Hawaii.

Having worked in the public relations and communications field for over 25 years, predominantly in the maritime industry, Ms. McIvor provided association management services to clients such as British Columbia Marine Trades Association, Pacific Rim Cruise Association, Cruise BC and others before launching BC Shipping News, a trade magazine focused on commercial marine activities on the West Coast of Canada.