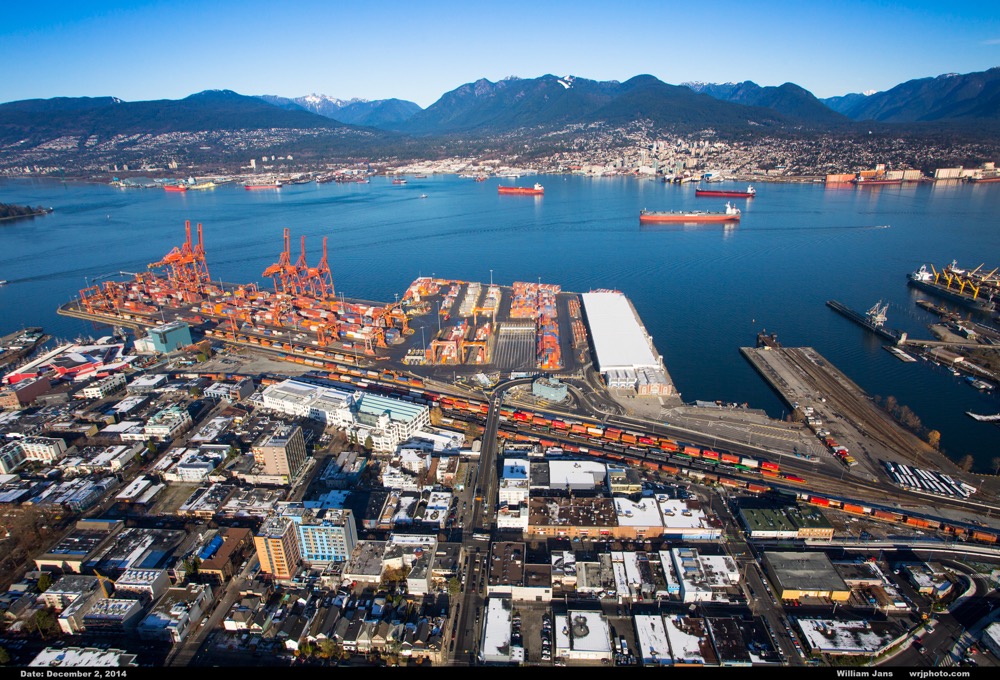 With a third major rainstorm predicted to hit British Columbia’s southern interior since mid-November, the unprecedented congestion hitting Canada’s largest port is getting from bad to worse.

When operations began today, there was a backlog of 51 ships at anchor versus 40 on November 19, and 22 vessels at berth awaiting cargo-handling, indicated Vancouver  port spokesman Matti Polychronis.  The vessels included containerships and several dozen bulk vessels waiting to load coal and grain. Total on dock footage was listed at an astronomical 377,116 feet.

Under extremely volatile conditions, these figures are expected to change rapidly.

According as well to the port authority’s performance data,  the rail cargo flow has also seriously deteriorated to “black” from “red” conditions as container dwelling times are exceeding seven days prior to being loaded onto freight trains. One month ago, the dwell times were at a respectable average of 2.6 days at the port’s four container terminals.

On the critical railway service front, Canada’s two big railways, CN and CP,  have yet to fully restore services.

CN, in fact, yesterday “protectively” closed its service on its key Kamloops-Vancouver corridor because rain was causing increased debris, washout and landslides. This was after moving seven trains during the weekend.

The Montreal-based railway has been able to divert some traffic to the Port of Prince Rupert. The northern BC port has not been impacted by the severe weather.

CP operations between Kamloops and Vancouver resumed in part mid last week. However, the railway requires access to CN tracks on this corridor in order to maximize capacity.

Exports as well as imports are being hampered by the significantly lower ship traffic no longer moving seamlessly through the Port of Vancouver.

Reflecting wide Canadian business concern in this regard was Dennis Darby, President of Canadian Manufacturers and Exporters. “The recovery of the manufacturing sector in general has slowed down and the crisis in BC is just going to make it worse.”

Industry analysts, meanwhile, estimate it could take weeks or even months for cargo flows to return to normal. (photo VFPA)