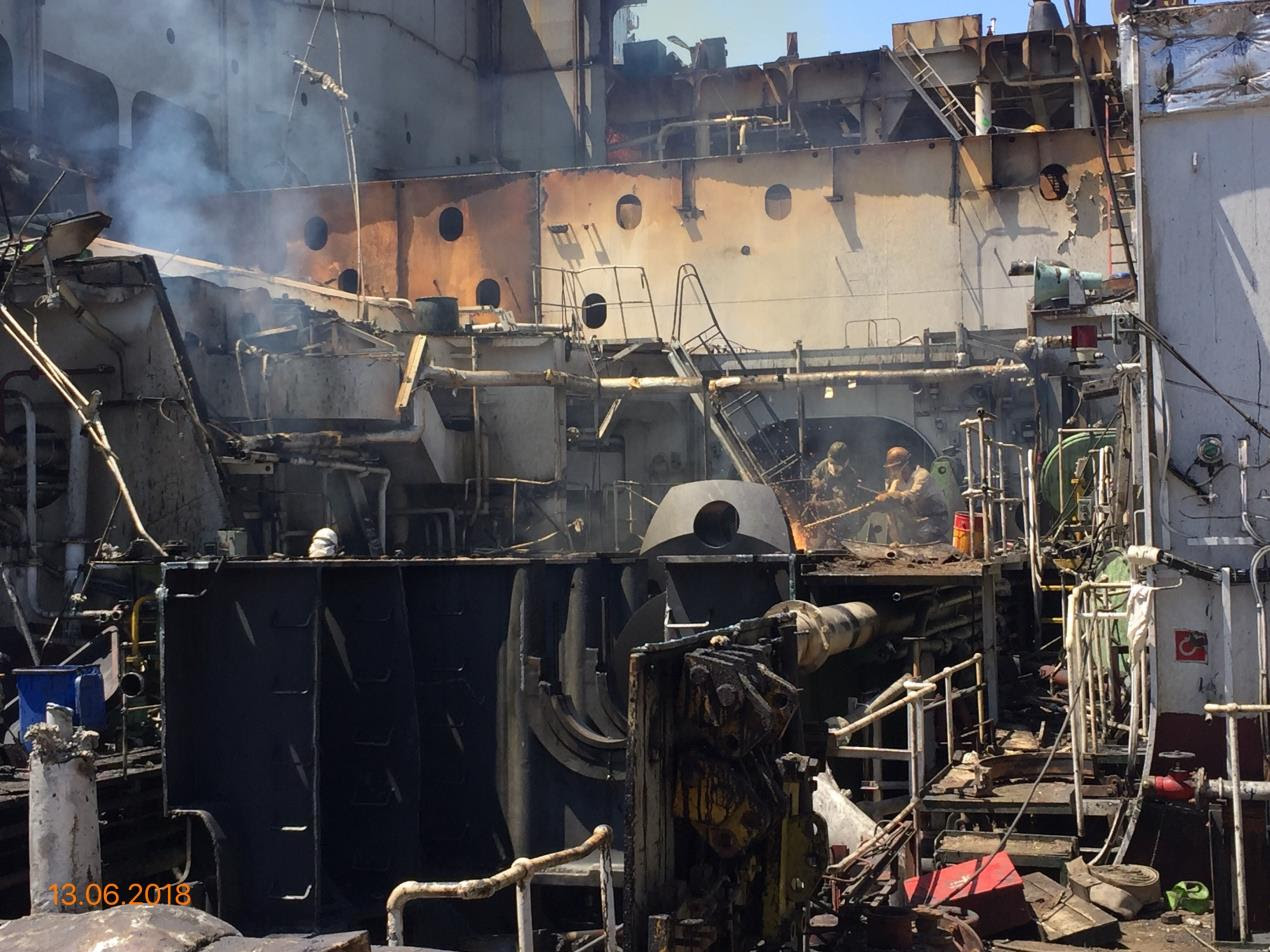 Many shipowners remain focused on maximising profit by gaining the highest offer price when scrapping vessels but risk a business backlash from non-compliant shipbreaking practices amid increasing market and regulatory pressure for green recycling, according to Sea Sentinels.

“There is becoming nowhere to hide for vessel owners that select recycling yards solely on the basis of price without paying attention to safety and environmental risks, while also ignoring the need for transparency, because the market is demanding it,” says Rakesh Bhargava, chief executive of the Singapore-based ship recycling consultancy.

South Asian shipbreaking yards typically offer higher prices for tonnage than competitors in other major scrapping locations such as Turkey and European countries. But some of these yards also have an ignominious track record of serious accidents and damage to coastal ecosystems, though many have invested heavily and raised yard standards to acceptable levels.

Therefore, it is vitally important for the discerning shipowner to arrange verifiable audits of the yards prior to choosing the right one, according to Mr. Bhargava.

Figures from the NGO Shipbreaking Platform reveal as many as 446 vessels – including large tankers, bulkers, floating platforms, cargo and passenger ships – were recycled at locations in the Indian subcontinent in 2020 out of a total of 630 units broken up worldwide, amounting to nearly 90% of gross tonnage dismantled globally.

But Mr. Bhargava says most of the vessels recycled at these locations presently do not have any independent audit procedure of the recycling process to verify compliance with local and/or international standards

“Historically, the shipbreaking industry has been unregulated and without transparency, with working conditions and practices varying between yards and locations, and standards governed by economic considerations and local rules on corporate social responsibility,” he explains.

There has been a regulatory shift over the past decade with adoption of the IMO’s Hong Kong Convention (HKC) to regulate shipbreaking practices – though it has yet to be enforced – and the EU Ship Recycling Regulation (EUSRR) that requires EU-flagged vessels to be recycled at one of 41 approved yards on an official list.

“However, enforcement is still a major challenge today and cash is king as the highest offer price is still the key criterion for many shipowners when selecting a yard, although some more discerning owners accept an allowance in price for a minimum standard of HKC or EUSRR compliance,” he says.

A major shipping company has, for example, estimated that it can earn an additional $1-2 million per ship by using beaching yards in Alang, India.

Mr. Bhargava says that, while some yards claim to have upgraded their facilities in line with the HKC, there remain issues such as pollution, lack of medical facilities, breaches of labour rights and a lack of capacity to manage hazardous waste.

However, he believes the tide is now turning against toxic shipbreaking practices as environment, social and governance (ESG) principles increasingly dictate the shipping business agenda amid pressure from regulators, reinforced by demands for green recycling from banks, investors and cargo owners that would all require independent verification of the recycling process.

“A number of shipowners are now realising that exercising corporate social responsibility with transparency of shipbreaking operations is not just an ethical duty but is also becoming critical to the future of their business,” Mr. Bhargava says.

The Ship Recycling Transparency Initiative (SRTI) is an online platform, hosted by the Sustainable Shipping Initiative (SSI), that is a market-driven approach to promote sustainable and responsible recycling through voluntary disclosure by participating shipowners of their practices in a joint forum with multiple industry stakeholders.

SSI executive director Andrew Stephens says: “We see an increasing awareness and concern for sustainable ship recycling in order to manage and mitigate supply chain risks across the ESG spectrum.This can be seen especially from the demand side with support for the SRTI from financial stakeholders such as banks, investors and lenders, in addition to cargo owners and shippers.” (photo Sea Sentinels)