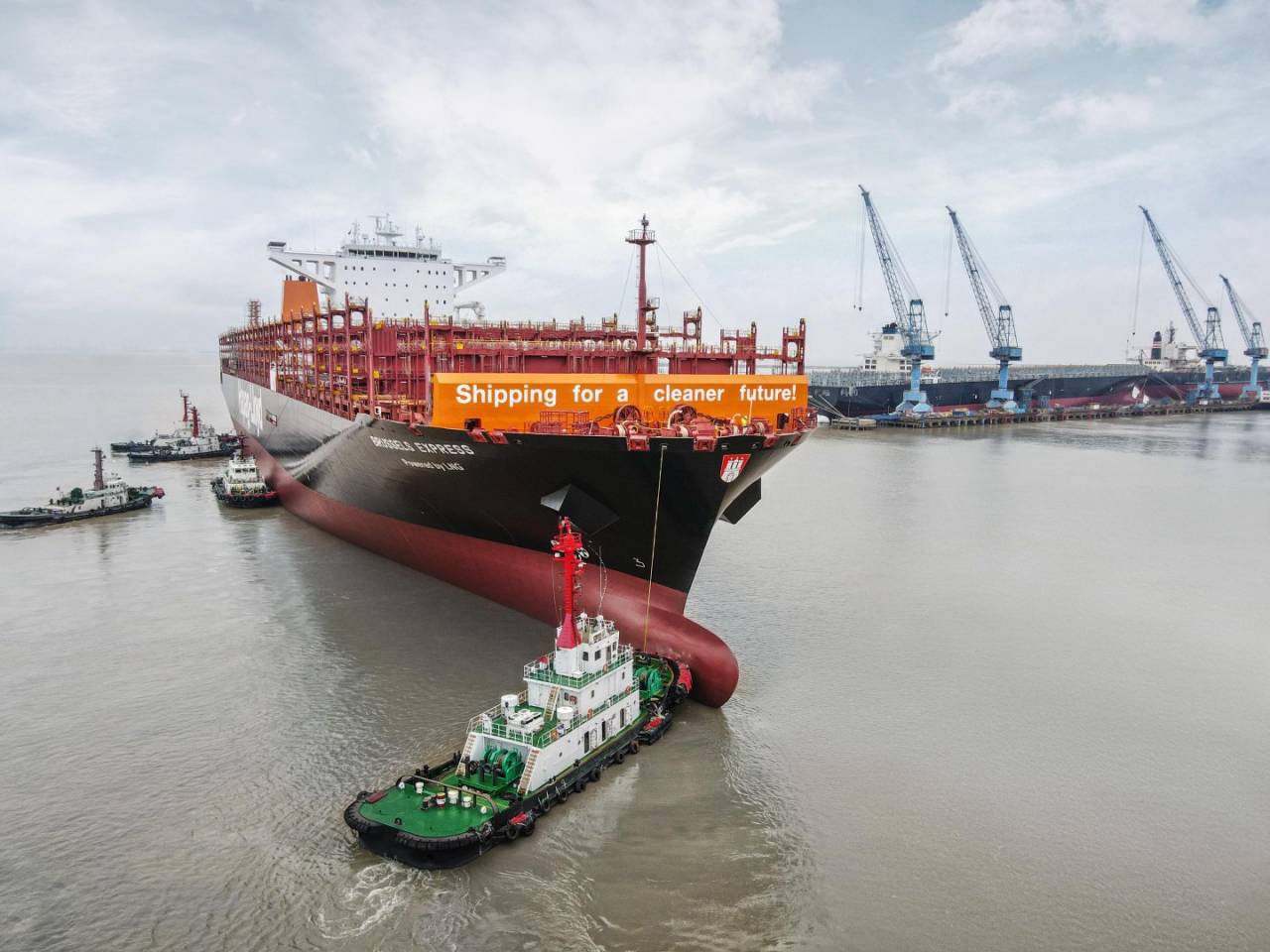 According to a report on the JOC.com news platform, the world container shipping industry needs to make major advances in alternative ship power to meet new decarbonization rules, but is also competing to secure shore-side production of green fuels such as hydrogen, ammonia, and methanol with other energy-hungry industries.

The current global supply of hydrogen, ammonia, and methanol would barely cover the needs of the shipping industry, even without stiff competition from other critical sectors such as manufacturing, oil refining, and the production of fertilizers.

“There seems to be this perception in the industry that if we have the demand, supply will be earmarked for us,” Kenneth Tveter, global head of green transition at Clarksons, told JOC.com on the sidelines of a recent meeting of the International Maritime Organization (IMO) in London.

“But we are competing against every other industry that is also under pressure to decarbonize, and there are some big industries that are well advanced relative to us when it comes to consuming hydrogen-based fuels or derivatives of hydrogen,” he added.

The shipping industry uses more than 300 million tons of fossil fuels every year, about 5 percent of global oil production, and there is still no clear pathway toward replacing that volume with renewable fuels.

Shipping transports 90 percent of world trade and accounts for nearly 3 percent of the global carbon emissions, but with maritime trade predicted to triple by 2050, that number is expected to increase in parallel with pressure from regulators for the industry to cut emissions and intensify the search for alternative fuels.

Container shipping is currently preparing for the IMO’s two environmental regulations — the Energy Efficiency Existing Ship Index (EEXI) and the Carbon Intensity Indicator (CII) — which will be implemented from Jan. 1, 2023. EEXI is based on the efficiency of the design of in-service vessels, while CII is an operational measure looking at how efficiently a ship transports cargo.

The International Energy Agency (IEA) predicted in a report released Friday that ammonia would be the dominant alternative fuel for shipping by 2050.

In a summary of findings in the agency’s report at the IMO meeting in London, Elizabeth Connelly, energy technology and transport analyst at the IEA, said ammonia was “a good candidate” for decarbonizing long-range transoceanic journeys because of its high energy density relative to hydrogen.

“We have ammonia meeting at least 50 percent of international shipping demand by 2050, and hydrogen about 15 percent, while we see hydrogen better suited for shorter range coastal vessels,” Ms. Connelly said.

The technology required to decarbonize shipping remains elusive, however.

“Part of the difficulty in decarbonizing shipping is the low technology readiness level of key technologies for ocean-going vessels,” Ms. Connelly said. “In our net-zero by 2050 scenario, over 50 percent of the emissions reduction for shipping are in the prototype or demonstration phase, and less than 10 percent come from mature technologies. In particular, ammonia engines for ships are still in the prototype stage and there are technological challenges, such as the low flame speed that make it difficult to burn efficiently.” (Photo Hapag-Lloyd)