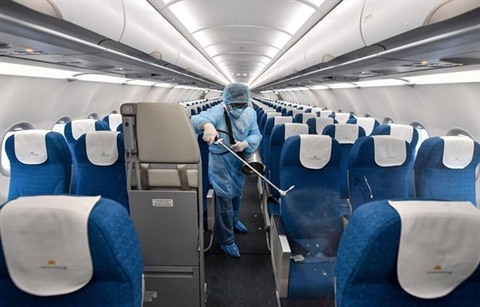 Each month about 150,000 seafarers need to be changed over to and from the ships which they operate to ensure compliance with international maritime regulations which ensures crew safety, health and welfare, and the prevention of fatigue.

However, the COVID-19 pandemic has resulted in a large number of seafarers extending their service onboard ships after many months at sea almost indefinitely as government-imposed travel restrictions have made it nearly impossible for them to be replaced after long tours of duty or to be repatriated via aircraft to their home countries, resulting in serious safety and mental health issues.

The International Maritime Organization (IMO) has put together a set of protocols of which Member States and international organizations are encouraged to make use of the annexed framework and to disseminate it among relevant national authorities with responsibility, inter alia, for maritime issues, health, customs, immigration, border control, seaport and civil aviation authorities.

Government authorities should then make the appropriate adjustments to any current health and immigration protocols and identify key airports that seafarers can use for crew changes so that the airlines can help keep global logistics moving. Priority airports should include those close to major shipping lanes which also have direct air connections to principal seafarer countries of residence, such as China, India and the Philippines as well as destinations in western and eastern Europe.

Further to the agreed upon framework of protocols, Global Marine Travel (GMT), one of the world’s biggest crew travel specialist has partnered with The International Maritime Employers’ Council (IMEC) to amalgamate the shipping industry’s crew travel requirements to produce enough volume for airlines to bring idle aircraft into operation.

GMT has a fully equipped operational hub in Manila to coordinate group blocks with various airlines for the purpose of remobilizing crew. GMT has begun with the routes where traffic has already started, or that is expected to start based on airport/border restrictions easing.

Based on need, GMT will then organize blocks of seats on scheduled carriers, seek extra sections or larger aircraft on routes, and can even organize chartered flights. Notably the GMT team is acting on the latest information available, and there are, of course, no guarantees the borders will open simultaneously with flight blocks becoming available.

You may contact the designated repatriation team in Manila by visiting the following page and filling out the form with the exact routing and dates of your desired crew change and then GMT will advise on the most appropriate course of action, and if applicable, will begin to gather crew names, nationalities, and other data needed to book flights. Photo: Le courrier du Vietnam