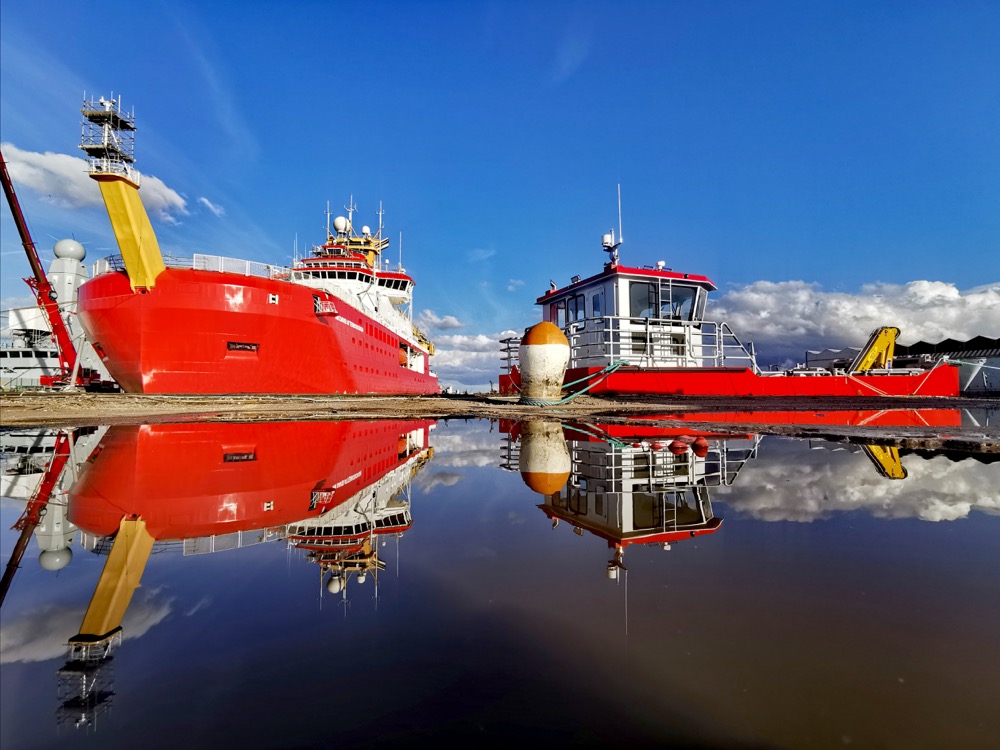 Named after a famous British naturalist, the new polar vessel RRS Sir David Attenborough departed this week from the Cammell Laird shipyard at Birkenhead for sea trials prior to making a planned maiden voyage to Antarctica late in 2021 to boost research on climate change. Costing some 200 million sterling ($US260 million), the ship took four years to build.

It will spend two weeks off the coast of North Wales for the technical trials before Cammell Laird formally hands the ship over to the British Antarctic Survey (BAS), which will operate the ship in Arctic and Antarctic waters on behalf of its funding agency, the Natural Environment Research Council (NERC).

Subsequent trials will include an assessment of the ship’s icebreaking capabilities. Its design specifications call for moving through ice thickness up to one metre at three knots.

Cammell Laird’s David McGinley said the 129-metre long, 15,000 tonne polar vessel was “the single biggest and most ambitious build in the history of Cammell Laird and it’s an incredibly proud moment to see her embark on sea trials.”

For her part, Prof. Jane Francis, BAS director, told BBC News: “We’ve all heard about how the Arctic sea-ice is melting very fast, but the great ice sheets, such Antarctica, are also melting in a warming world. The RRS Sir David Attenborough is going to allow us to really understand what’s going on.”

One of the ship’s key features is an enclosed “moon pool” – basically a hole in the ship that goes down to the surface of the ocean, through which one can deploy various instruments such as a biological net or something to sample ocean water.

Historical note: the public was originally asked in an online contest to suggest a name for the ship, and most support went to “Boaty McBoatface.” Ministers, however, did not find this appropriate and finally settled with Sir David Attenborough, one of Britain’s most popular TV personalities and longtime champion of the natural world. (photo of Sir David Attenborough and its cargo tender Terror, Rich Turner, British Antarctic Survey)