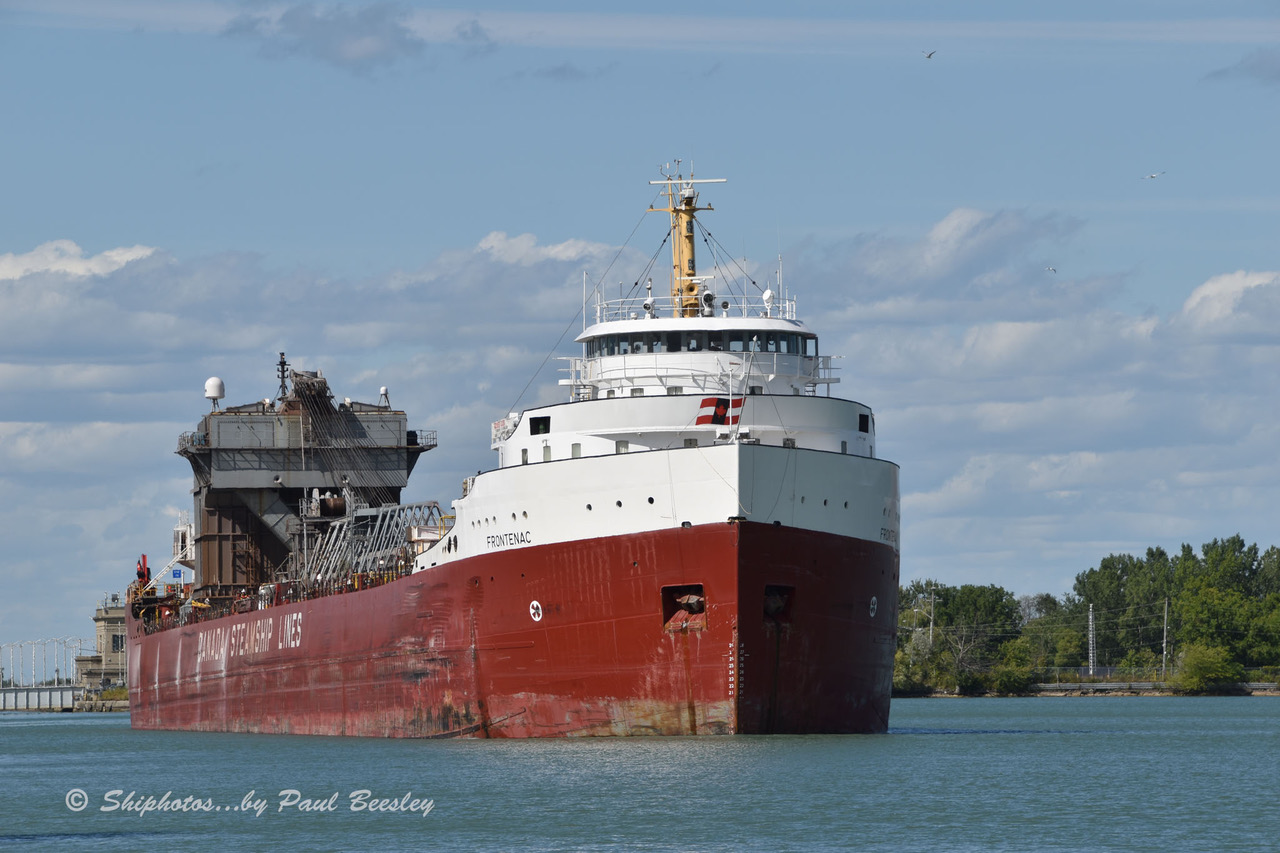 As the 2020 shipping season heads into the final months of the year, cargo shipments on the Great Lakes-St. Lawrence Seaway made some gains in October as grain continues to hold strong in an otherwise rocky year. Overall Seaway cargo shipments (from April 1 to October 31) reached nearly 27.7 million tonnes, down 7.9 per cent from the same timeframe in 2019.

Canadian grain shipments are now up 21 per cent from this time last year as ships began exporting the fall harvest. Other cargo segments such as iron ore (-16%), dry bulk (-15%) and liquid bulk (-32%) remain down due to the economic repercussions of the pandemic.

“In a difficult year like 2020, it’s wonderful to see Canadian grain in high demand around the world,” said Terence Bowles, President and CEO of The St. Lawrence Seaway Management Corporation. “The Great Lakes-St. Lawrence Seaway has been a critical export gateway for Prairie grain throughout the year, and Ontario soybean shipments are now well underway.  We expect the Ontario soybean harvest to reach record yields by the end of the season. More than 35 per cent has been harvested already.”

Mr. Bowles continued, “We are now entering the busiest months of the season as industries across the region stockpile vital materials ahead of the winter months.”

As demand for Canadian Prairie grain remains high in Europe, the Middle East and North Africa, grain exports from the Port of Thunder Bay are growing, helping offset decreases in bulk shipments of coal and potash.

As of October 31, close to 6.9 million tonnes of grain has been shipped through the port; a 22 per cent increase over the same period last year. At Keefer Terminal, general cargo shipments are on par with last year despite several project shipment delays due to the pandemic.  In October, shipments of structural steel and steel rail were discharged at the terminal for furtherance to Western Canada.

Port Windsor continues to enjoy historic levels of grain shipments, up 16 per cent over 2019.  And at the end of October, the Port has significantly recovered from the slow start of 2020 due to the delay of the Seaway opening, and COVID shutdowns.   It is anticipated that the extended season for the Welland Canal will enable Port Windsor to further make up lost ground.  Steel shipments and general cargo continue to lag over 2019 due to tariffs and economic impacts of COVID.

Thus far in 2020, 450 vessels and 3.7 million tonnes have moved through Port Windsor.  While still down 10 per cent year-year, a great recovery over a slow start, and in the face of unprecedented obstacles.

The ports of Hamilton and Oshawa (HOPA), which export Ontario-grown grain to overseas markets, are also enjoying a stellar grain season so far. Year-to-date grain shipments at the Port of Hamilton totalled 1.5 million tonnes, surpassing last year’s volumes by almost 14 per cent.

“Ontario farmers’ yields are rising, and global markets are hungry for Canadian products,” said HOPA Ports’ President & CEO Ian Hamilton. “This year, we’re really starting to see the benefit of having export facilities bookending the Greater Toronto-Hamilton region, giving farmers choice and convenience in getting their product to port.”

Despite the challenges of COVID-19, marine imports have remained strong at the Port of Toronto this fall.

“In October, the port was pleased to welcome the M/V Claude Desgagnés and its delivery of 375 containers carrying food, construction materials and other resources, while bulk shipments of cement, aggregate and sugar remained consistent with the port’s record-setting numbers in 2019. In early November, the port saw the eagerly awaited arrival of Waterfront Toronto’s new Port Lands bridge. This delivery further demonstrates the Port of Toronto’s role as part of an important supply chain that offers a convenient, cost-effective and environmentally responsible way of bringing goods into Canada’s largest city,” said Geoffrey A. Wilson, CEO of PortsToronto.

The bridge arrived via Burlington-based McKeil Marine’s tug and barge, the Lois M and Glovertown Spirit. The 57-metre, 340-tonne bridge, is the first of four new bridges that will connect the new Villiers Island to Toronto and the revitalized Port Lands.

The bridge span, manufactured by Cherubini steel fabricators, was a sight to see for many along the 1,250-nautical mile journey from Dartmouth, Nova Scotia through the St. Lawrence Seaway to its new home in Toronto. McKeil’s barge was chosen for the project because it was one of the few barges that could support the bridge’s size and weight. Three more bridge loads are expected to be completed during the 2021 shipping season.

Meanwhile, St. Catharines-based Algoma Central Corporation added a new ship to its fleet in October, the Algoma Intrepid,which is expected to begin trading on the Great Lakes at the end of November. The vessel is the second Equinox Class 605’ self-unloading dry-bulk carrier vessel in the fleet of now 20 vessels. (Photo Paul Beesley)