Retail imports expected to grow dramatically during first Half of 2021 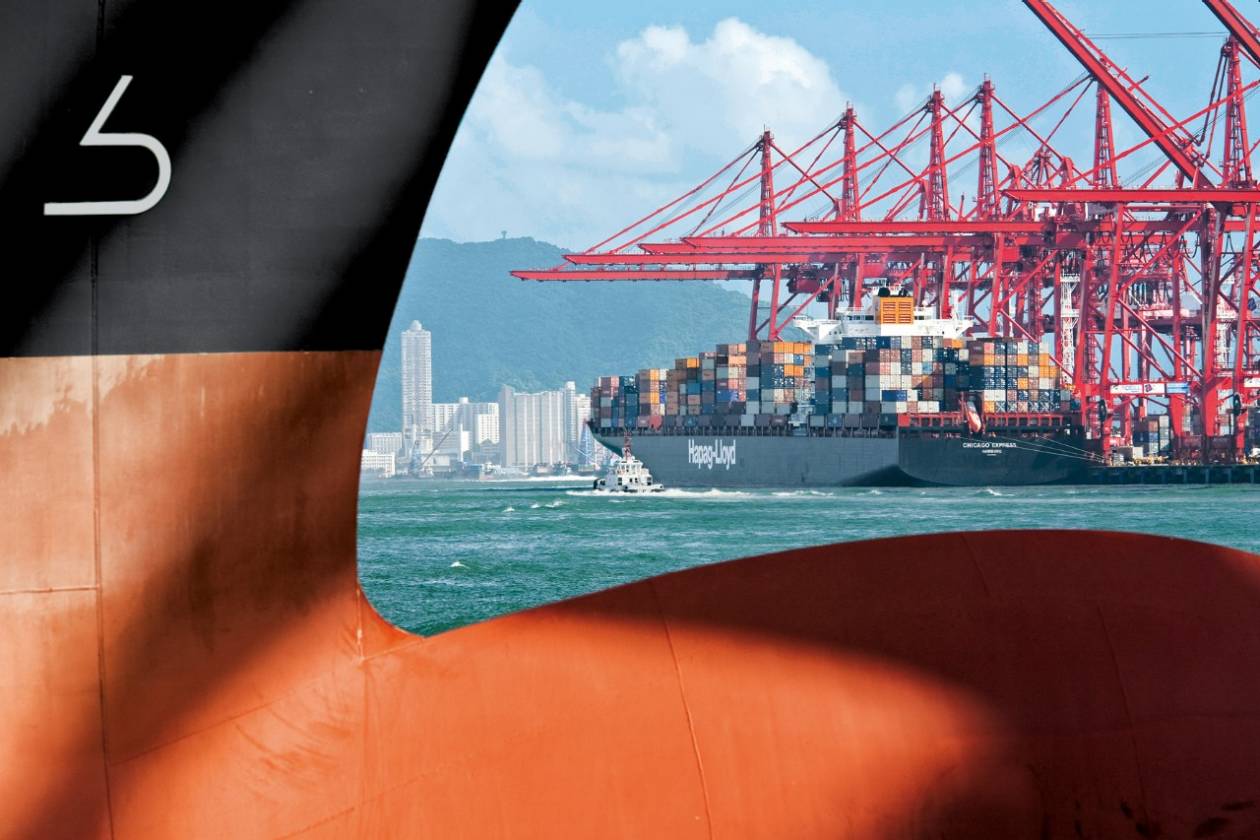 WASHINGTON – Imports at the nation’s largest retail container ports are expected to grow dramatically during the first half of 2021 as increased vaccination and continued in-store safety measures enable additional shopping options, according to the monthly Global Port Tracker report released today by the National Retail Federation and Hackett Associates.

“NRF is forecasting what could turn out to be record retail sales growth in 2021, and retailers are importing huge amounts of merchandise to meet the demand,” NRF Vice President for Supply Chain and Customs Policy Jonathan Gold said. “The supply chain slowdown we usually see after the holiday season never really happened this winter, and imports are already starting to grow again. Consumers haven’t let the pandemic stop them from shopping, and retailers are making sure their customers can find what they want and find it safely.”

“As COVID-19 ravaged the economy in 2020, it seemed as if any hope of recovery was distant,” Hackett Associates Founder Ben Hackett said. “Then came the rollout of vaccines that appear to be highly effective and are bringing strong signs of a quick recovery. The successful distribution of vaccines will help ensure that the economic recovery will likely be strong and sustainable.” 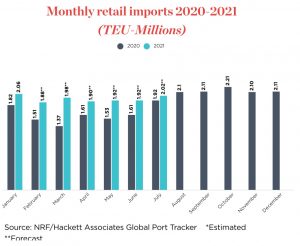 U.S. ports covered by Global Port Tracker handled 2.06 million Twenty-Foot Equivalent Units in January, the latest month for which final numbers are available. That was down 2.3 percent from December as the busy holiday season came to an end. But with a 13 percent year-over-year increase, it was the busiest January since NRF began tracking imports in 2002 and the first time the month has ever topped the 2 million TEU mark.

While import numbers for both February and March are forecast to be significantly higher than normal, year-over-year comparisons are difficult because of the pandemic. February is traditionally the slowest month of the year as Asian factories close for Chinese New Year, but last year most remained closed into March because of the coronavirus, reducing numbers even further. This year, however, some remained open during the holiday in order to fill a surge in orders, and ships arriving at U.S. ports faced a backlog to unload. February results aren’t available yet, but the month was projected at 1.88 million TEU, up 24.4 percent over last year, while March is forecast at 1.98 million TEU, up 44.1 percent. 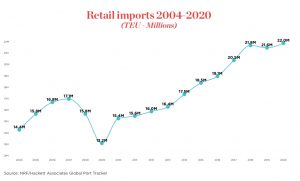 Global Port Tracker, which is produced for NRF by Hackett Associates, provides historical data and forecasts for the U.S. ports of Los Angeles/Long Beach, Oakland, Seattle and Tacoma on the West Coast; New York/New Jersey, Port of Virginia, Charleston, Savannah, Port Everglades, Miami and Jacksonville on the East Coast, and Houston on the Gulf Coast.

Retail imports expected to grow dramatically during first Half of 2021