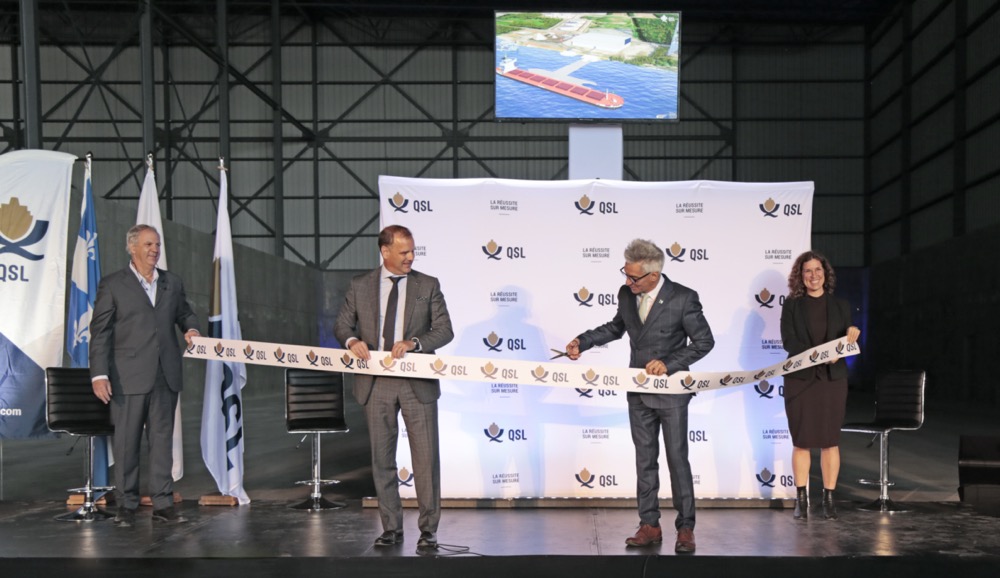 Sorel-Tracy – QSL, a world-class company specializing in port terminal operations, stevedoring, marine services, logistics and transportation throughout North America and anchored in the Sorel-Tracy region for over 30 years, inaugurated the brand-new facilities of its multimodal handling terminal in the Sorel-Tracy IP Zone, St. Lawrence sector.

These facilities mark the completion of phase 1 of the implementation of a future marine terminal for fertilizers, road salt and general cargo; a project that is at the heart of QSL’s commitment to sustainable development. The terminal was built on the site of the former Hydro-Québec thermal power plant, which was dismantled in order to upgrade the facilities of the future port terminal. This project, in partnership with the City of Sorel-Tracy, is of a highly strategic nature, given its geographic location and multimodal nature.

“The work, which began last May, was carried out efficiently thanks to the commitment and know-how of our suppliers in the region, our partners from the City of Sorel-Tracy and our entire team. That’s the QSL way: we always make it a point to do business with the communities where we operate.” – Robert Bellisle, President and CEO of QSL

Phase 1 of the terminal project represents an investment of $10 million and has allowed QSL to reinvest a significant portion of that money into the local economy by enlisting the expertise of local partners. As of this week, the warehouse will be able to accommodate up to 50,000 metric tons of fertilizer for use by nearby farmers.

The second phase of the project, which is in the pre-engineering stage, consists of the installation of a floating dock structure from which the material will be unloaded from the ships and transported directly to the warehouse via an electric conveyor assembly or stored at other locations, depending on the cargo handled.

In total, the two phases of the project represent investments of $20 million over five years and the creation, in the long term, of 40 jobs. These jobs are in addition to the 115 employees already working to ensure the success of QSL’s port activities in the region, and reflect the company’s commitment to its socio-economic development. 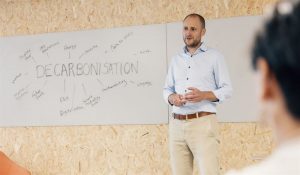