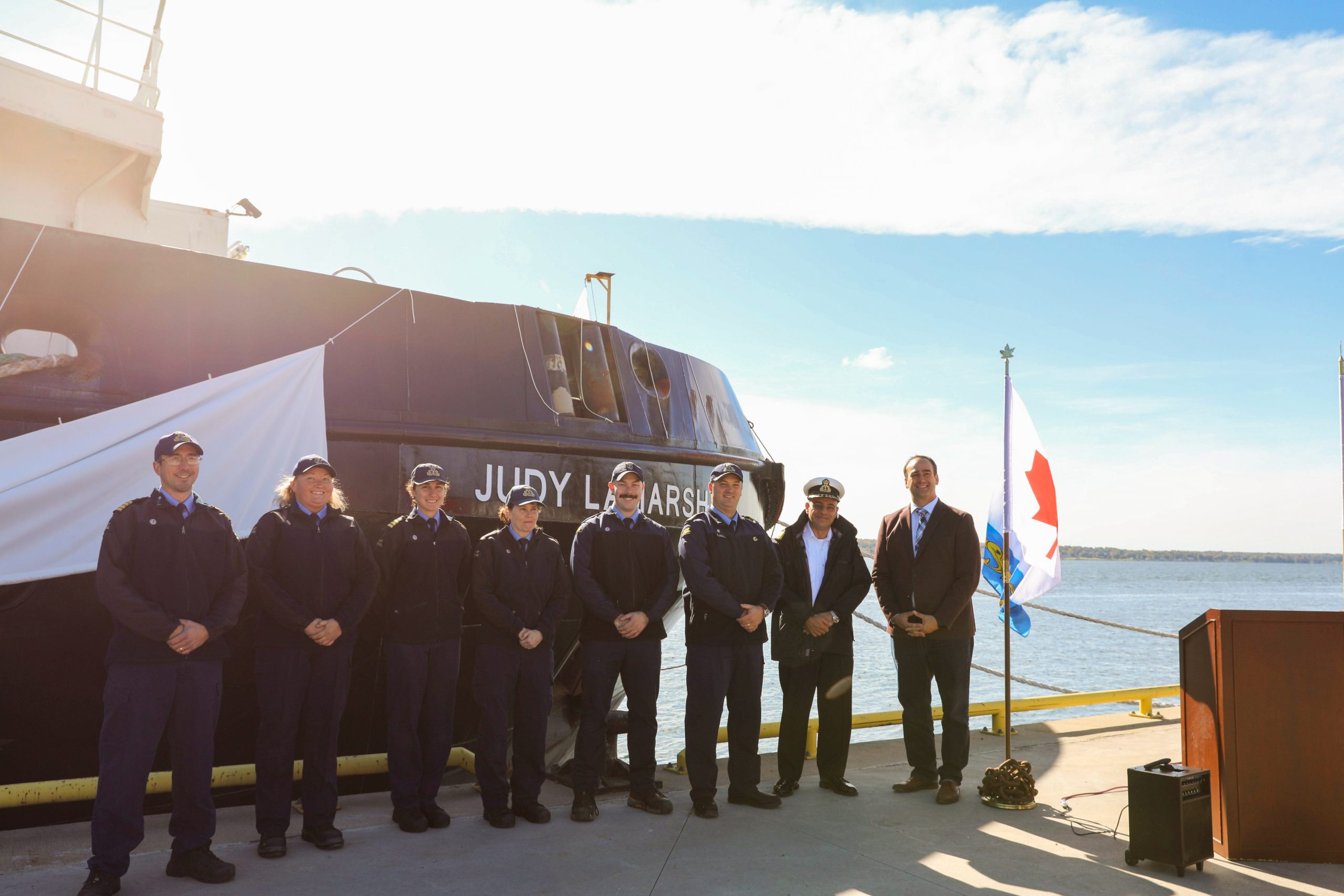 Today, the Parliamentary Secretary to the Government House Leader and Member of Parliament for Kingston and the Islands, Mark Gerretsen, officially announced that the Canadian Coast Guard’s newest light icebreaker has been named the CCGS Judy LaMarsh.

Following a competitive process, the Canadian Coast Guard announced the purchase of a light icebreaker from Atlantic Towing Limited in November 2021. This vessel — now named the CCGS Judy LaMarsh — is currently undergoing design and conversion work at the Canadian Coast Guard’s Prescott Base. The vessel will be ready to serve Canadians as early as the 2022-2023 icebreaking season, allowing other vessels to undergo important maintenance and life extension work as part of the National Shipbuilding Strategy.

Upon joining the Canadian Coast Guard’s fleet, the CCGS Judy LaMarsh will perform icebreaking duties as well as tend to the navigational buoys in the Great Lakes, St. Lawrence, and Atlantic regions. In addition, the vessel will be available for search and rescue and other emergency response operations when needed.