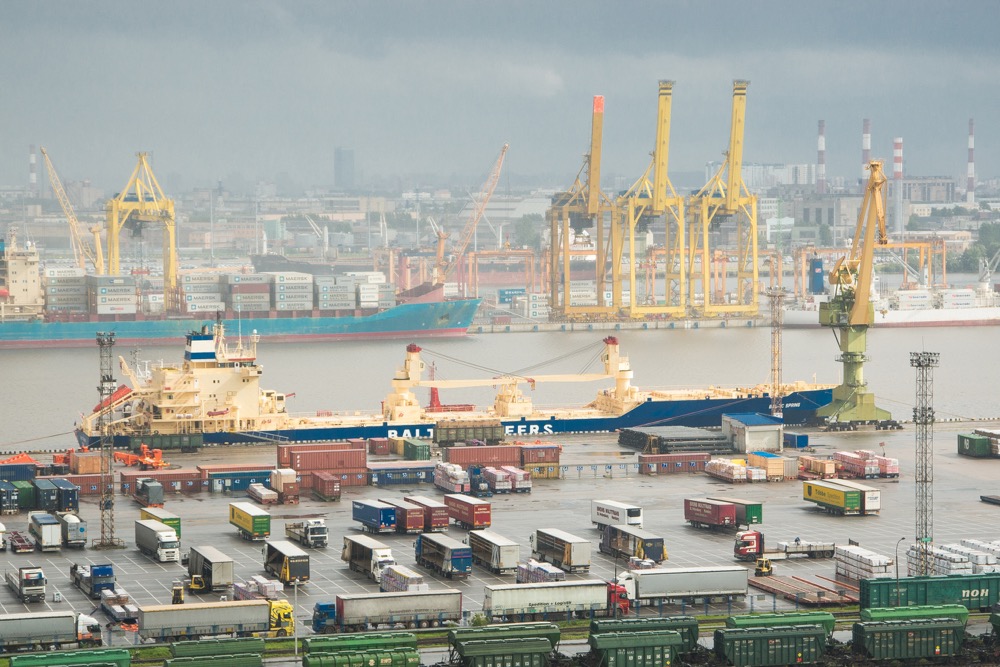 “As the stability and safety of our operations is already being directly and indirectly impacted by sanctions, new Maersk bookings within ocean, air, and intercontinental rail to and from Russia will be temporarily suspended, with the exception of foodstuffs, medical, and humanitarian supplies,” Maersk said in an advisory Tuesday.

MSC issued a similar statement, announcing the immediate halt of all cargo bookings to and from Russia that covered all maritime access areas to the country, including via the Baltics, the Black Sea, and the Russian Far East. The carrier will also continue to accept humanitarian and food shipments.

CMA CGM told customers Tuesday it is suspending all cargo bookings to and from Russia “from today until further notice.”

Hapag-Lloyd suspended its Russian bookings as soon as the invasion began last week and was joined at the weekend by ONE, and all major carriers suspended calls to Ukraine following the closure of its main hub, Odessa, last week.

It is not only ocean shipping companies that are placing curbs on Russian shipments, a point highlighted by Maersk in its advisory.

“We are also starting to see the effect on global supply chain flows such as delays and detention of cargo by customs authorities across various transshipment hubs — overall resulting in unpredictable operational impacts,” Maersk noted.

Patrick Berglund, CEO of rate benchmarking platform Xeneta, said the effects of Russia’s war on Ukraine would be felt in shippers’ pockets.

“The wider geopolitical concerns of this are one thing, the immediate impact on energy prices another,” Berglund said Tuesday. “Crude oil costs have obviously rocketed, and the carrier community will, no doubt, look to pass this on to customers to protect their own bottom lines. So, in addition to the already astronomical freight costs, shippers can expect to see bunker adjustment factors leading to new surcharges, exacerbating their pain.”