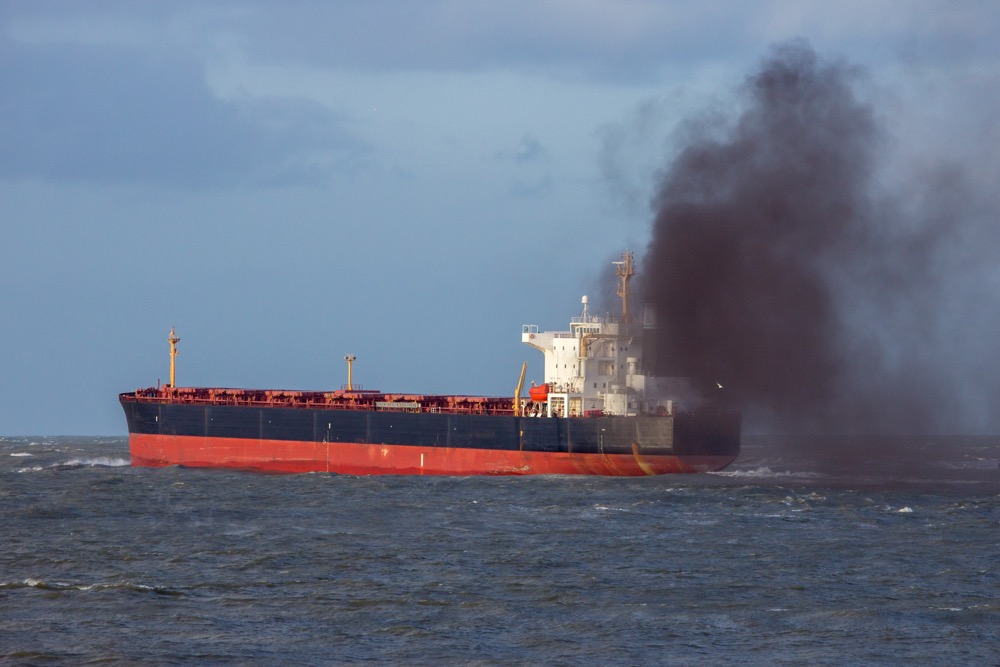 According to a report from Sam Chambers in the Splash newsletter, shipping has had a mixed reaction to last week’s Intersessional Working Group on Reducing Greenhouse Gas Emissions from Ships at the International Maritime Organization (IMO), which agreed to make an existing target legally binding: to reduce the carbon intensity of shipping by 40% compared with 2008 levels in the next 10 years.

The proposed amendments to the MARPOL convention would require ships to combine a technical and an operational approach to reduce their carbon intensity. The amendments would add further requirements to the energy efficiency measures in MARPOL Annex VI chapter 4. Current requirements are based on the Energy Efficiency Design Index (EEDI), for newbuild ships, which means they have to be built and designed to be more energy efficient than the baseline; and the mandatory Ship Energy Efficiency Management Plan (SEEMP), for all ships.

The SEEMP provides for ship operators to have in place a plan to improve energy efficiency through a variety of ship specific measures. Governments have ridden roughshod over the Paris Agreement by agreeing a measure that will see ship emissions grow for decades to come The draft amendments build on these measures by bringing in requirements to assess and measure the energy efficiency of all ships and set the required attainment values. The goal is to reduce the carbon intensity of international shipping, working towards the levels of ambition set out in the Initial IMO Strategy on reduction of GHG emissions from ships. These are two new measures: the technical requirement to reduce carbon intensity, based on a new Energy Efficiency Existing Ship Index (EEXI); and the operational carbon intensity reduction requirements, based on a new operational carbon intensity indicator (CII).

“The dual approach aims to address both technical (how the ship is retrofitted and equipped) and operational measures (how the ship operates),” the IMO explained in a release. The CII rating would be given on a scale – operational carbon intensity rating A, B, C, D or E. A ship rated D for three consecutive years, or E, would have to submit a corrective action plan, to show how the required index (C or above) would be achieved. Industry needs certainty, and this agreement provides a clear signal about the investments we need to make The draft amendments would require the IMO to review the effectiveness of the implementation of the CII and EEXI requirements, by 2026 at the latest, and, if necessary, develop and adopt further amendments. The draft text will now be forwarded to the Marine Environment Protection Committee (MEPC), scheduled for November 16 to 20, where parties are expected to adopt the recommendations from the working group.

The International Chamber of Shipping (ICS) welcomed the package of additional CO2 reduction measures for the existing global fleet. ICS secretary-general Guy Platten maintained: “Industry needs certainty, and this agreement provides a clear signal about the investments we need to make to further reduce our emissions, and ultimately becoming a zero emissions sector.”

More circumspect was BIMCO, shipping’s other mega association. “Important elements are still missing, it is impossible to judge the effect,” a BIMCO release noted. “The IMO initial strategy’s ambition to improve carbon efficiency of the fleet by 40% by 2030 compared to 2008 is silent on how carbon efficiency shall be measured. Thus the 2030 ambition may, or may not, result in lower total emissions from the fleet – it all depends on the metric chosen and resulting change in operational behaviour of ships,” BIMCO noted.

John Butler, CEO of liner lobbying group, the World Shipping Council (WSC), commented: “Whilst it is easy to criticise the outcome of the intercessional, it is worth remembering that anything short of a global solution represents long-term failure on climate change. We need to stick with this hard work, but the task is urgent, and we must move further, faster. As long as our only fuel options are carbon based, GHG reductions will be limited. Efficiency is important, but it will not solve the problem.”

A host of NGOs were less than impressed with the deliberations at IMO last week, suggesting the hybrid, compromise measures, known as J/5, agreed upon will not cap, let alone reduce, shipping emissions this decade.

“We urge all countries to reconsider their support for the J/5 decision ahead of MEPC75 this November 16 to 20, and reject it, unless it can be fundamentally strengthened,” said John Maggs, president of the Clean Shipping Coalition, which had observer status at the talks.

Faig Abbasov, shipping programme director at Transport & Environment, said: “Governments have ridden roughshod over the Paris Agreement by agreeing a measure that will see ship emissions grow for decades to come. The UN maritime agency again showed the world it can only deliver cosmetic changes. EU countries should work through the European Green Deal to fill the gap left by the IMO.”  Photo: Shutterstock