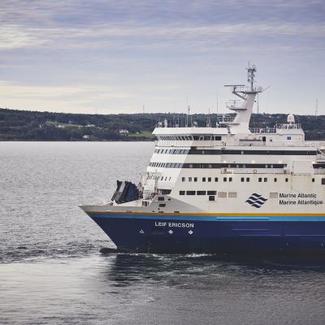 Marine Atlantic says it can fill any gap in critical supply lines to Newfoundland and Labrador if pandemic-related financial losses force Oceanex Inc. to tie up its ships and stop carrying freight to St. John’s, the CBC reported today. Operating a ferry service between Nova Scotia and Newfoundland and Labrador,  the federal agency has a four-vessel fleet; only two are in operation currently and those are working at half capacity.

“Should demand increase and additional capacity be required, Marine Atlantic has the ability to add additional crossings to the schedule with the two vessels currently in standby mode,” said Marine Atlantic spokesperson Darrell Mercer.
While the federal agency is offering reassurances, so is the province’s federal cabinet minister.

“We’re looking at all options just to make sure the supply chain stays in place,” Natural Resources Minister and St. John’s MP Seamus O’Regan told the St. John’s Morning Show Tuesday. “It’s way too important so we’ll make sure it gets done.”

Oceanex Inc., which runs weekly trips from Montreal and Halifax to St. John’s, says it is losing millions a week due to a drop in freight volume caused by the COVID-19 pandemic. It’s asking the federal government to offset its losses so it can keep running supplies to St. John’s.
“We just can’t continue,” said Sid Hynes, the company’s executive chairman. “It’s costing us $5 million a week to operate and we are about $2 million short.”

Mr. Hynes said the company almost certainly will have to cancel one of its weekly trips from Montreal, tie up that boat and lay people off, according to the CBC report.

Mr. O’Regan didn’t outline any specific measures to help Oceanex but has said repeatedly that the federal government, through Transport Canada and the Department of Finance, is working on a solution.

Transport Canada issued a statement about Ottawa’s efforts to offer support broadly to the shipping sector. “The marine shipping sector has been hard hit by the pandemic. Our government has been in touch with these companies, as well as with the provinces and territories affected by this situation. We are exploring all options to understand the challenges and help support the industry during these unprecedented times,” said Transport Canada spokesperson Livia Belcea. (Photo Marine Atlantic)