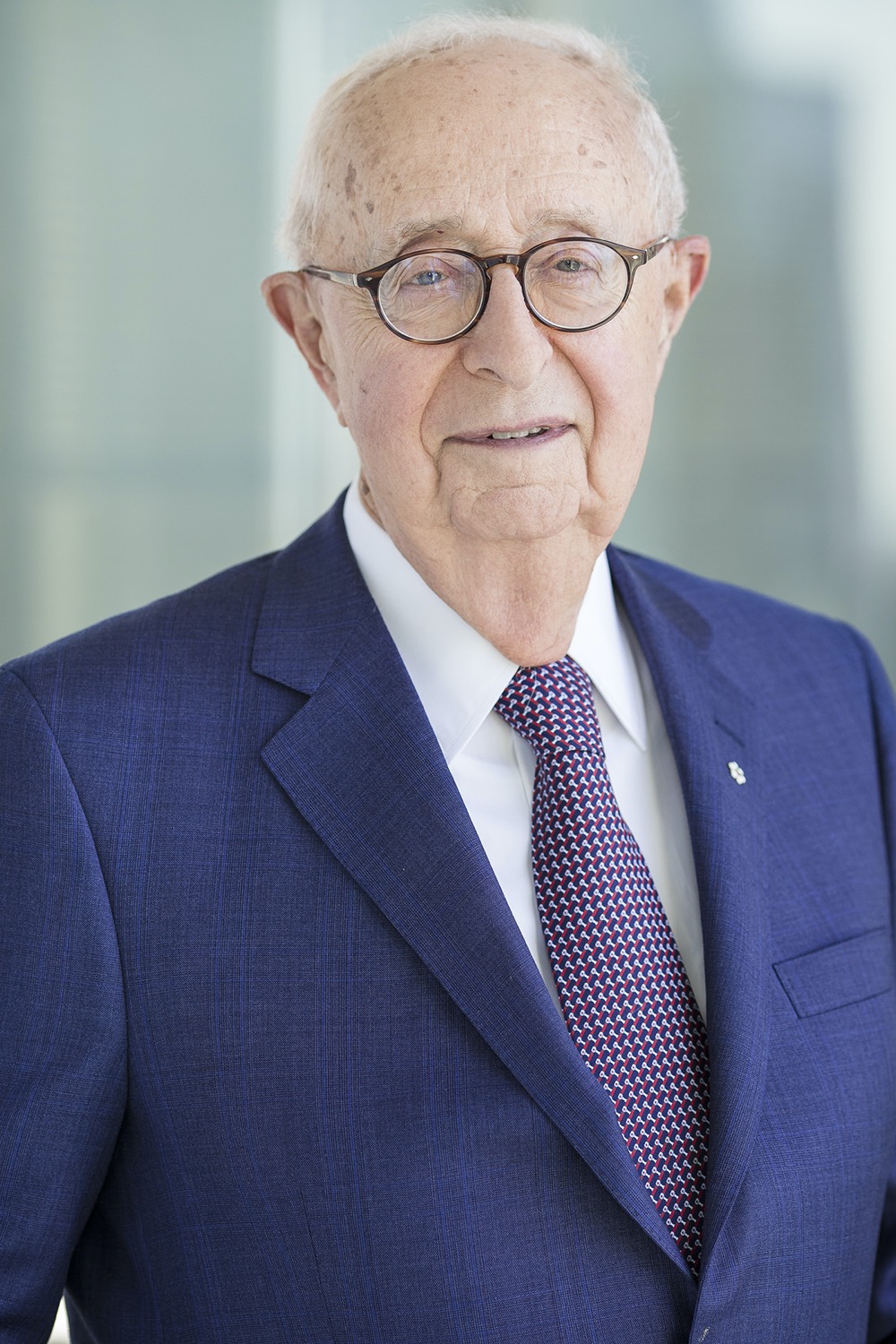 Saluted as the 2021 Marine Man of the Year, Laurence G. Pathy, Chairman of Montreal-based Fednav Limited, has been inducted into the Captain John P. Wellington Great Lakes Marine Hall of Fame at Sault Ste. Marie, Michigan. The prestigious award, which was launched in 1955 and is housed at the Sault Historic Sites was presented in a virtual ceremony last Friday.

As underlined in a description by Sault Historic Sites, the distinction “is dedicated to the memory of those explorers, inventors, shipbuilders, sailors and countless others who have made a contribution of exploration and development of the Great Lakes through the era of sail, steam, and present. Their bravery, their talents and their ideas have powered the development of the Great Lakes transportation system, thus opening the heart of North America to settlement and commerce.”

The announcement of Mr. Pathy’s induction noted that he served as President and CEO of Fednav from 1972 to 2010 and represented the company as a founding co-chair of the Green Marine Program, a voluntary environmental certification program for the North American marine industry. In 2007, he was awarded the Medal of Merit of by the Association of Canadian Port Authorities. Employing a staff of 300 over four continents, Fednav specializes in the transportation of dry bulk cargoes. The company owns approximately 120 vessels. Its terminals and logistics division operates 13 terminals in North America.

At the virtual ceremony, welcoming remarks were delivered by James Weakley, President of the Lake Carriers Association and Paul Sabourin, Museum Curator of Sault Historic Sites. They were followed by keynote speaker Fednav President and CEO Paul Pathy, son of Ladi Pathy.

(Photo of Laurence Pathy from Fednav.)