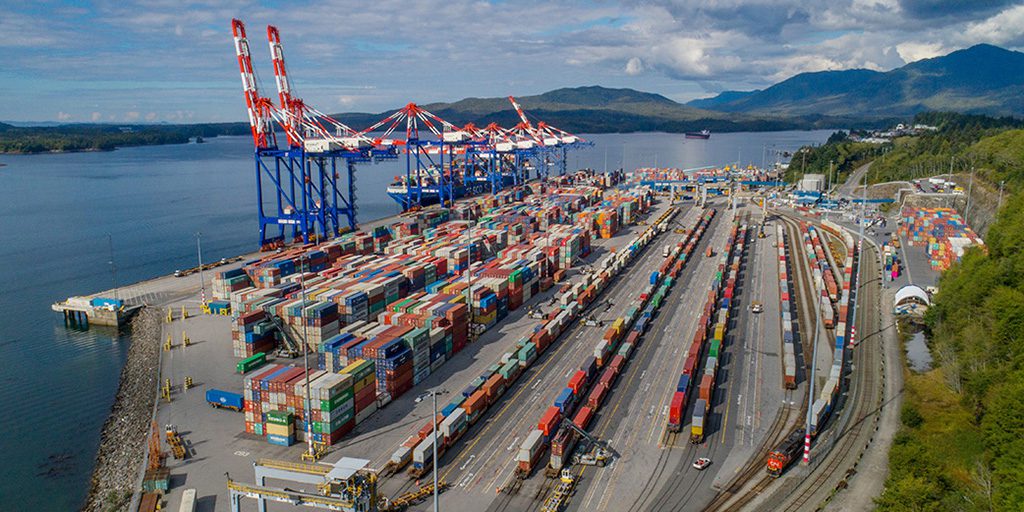 Disruptions and congestion experienced during the past year in southern British Columbia and other west coast supply chains have accentuated the need for additional capacity in Prince Rupert.

Progress on the Fairview terminal expansion and related logistics projects are an important milestone in a long-term plan to add significant new capacity to the Prince Rupert Gateway and provide a viable alternative in the event of future disruptions.

The Phase 2B expansion of the Fairview Container Terminal is a response to the rapid growth in container traffic that Prince Rupert has achieved over the last five years. The first stage of the expansion is now 50 per cent complete and will be finished in July 2022, increasing capacity at the Fairview Container Terminal to 1.6 million TEUs, making it the second-largest container terminal in the country.

The second stage of the expansion is set to be completed in late 2024 and will see the terminal’s capacity grow to 1.8 million TEUs. In addition to the hundreds of construction jobs created by the expansion, it will have a significant permanent economic impact on Prince Rupert, Indigenous communities, and the surrounding region. The Phase 2B expansion will ultimately result in 300 additional full-time equivalent (FTE) positions at DP World’s Fairview Container Terminal.

Meanwhile, industry has signalled the need for added transloading and warehousing facilities to the Prince Rupert Gateway, and there is an opportunity to increase Prince Rupert’s capacity to containerize and export many of Canada’s key commodities, such as grains, resins, pulp and lumber. To address this need, DP World, Ray-Mont Logistics, and the Prince Rupert Port Authority are in the advanced stages of developing a world-class logistics facility on Ridley Island for exports.

“The Prince Rupert Port Authority has worked with DP World and our many other partners to grow Prince Rupert into one of North America’s preferred maritime gateways and add more Canadian trade capacity to the west coast,” said Shaun Stevenson, President and CEO of the Prince Rupert Port Authority. “In addition to advancing these critical projects right now, we’ll soon be sharing even larger plans that build on the advantages of northern BC to make Canada’s future supply chains more competitive and resilient.” (Photo PRPA)