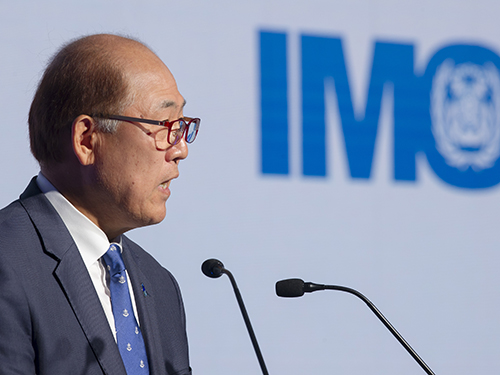 IMO Secretary-General Kitack Lim has spoken out against “no crew change” clauses in charterparties, pointing out that such clauses exacerbate the dire situation of stranded seafarers and undermine the efforts undertaken to resolve the ongoing crew change crisis.

So-called “no crew change” clauses, which are demanded by certain charterers, state that no crew changes can occur whilst the charterer’s cargo is onboard – hence not allowing the ship to deviate to ports where crew changes could take place. IMO’s Seafarer Crisis Action Team (SCAT) has been made aware of this worrying development in recent weeks.

In a strong statement (issued via circular letter on 18 December), supported by the International Labour Organization (ILO), Mr Lim called upon all charterers to refrain from requesting to include “no crew change” clauses in charterparties, and further called upon shipowners and operators to reject them if they are demanded. 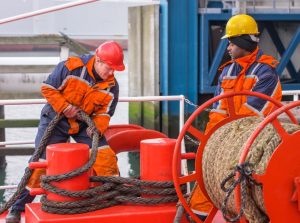 “Such clauses exacerbate the mental and physical fatigue among exhausted seafarers, undermine compliance with the provisions of the Maritime Labour Convention, 2006, as amended (MLC, 2006) and further threaten the safety of navigation”, Mr Lim said. He added that alternative contractual clauses that do allow for crew changes during the pandemic are available and should be utilized.

“Resolving the crew change crisis requires the best efforts of all stakeholders.  The elimination of the use of “no crew change” clauses is just one of those efforts”, the Secretary-General said, reaffirming the commitment of the Organisation to assist all Member States, the industry and seafarers in this regard.

International organizations  made statements at the latest meeting of IMO’s Legal Committee, LEG 107, to condemn the use of “no crew change” clauses in charterparties. The Committee invited submissions on the matter to its 108th session, scheduled to take place in July 2021.

As the crew change crisis now enters its tenth month, hundreds of thousands of seafarers remain onboard ships well beyond the expiration of their seafarer employment agreements, some not being paid and all unable to be repatriated. A similar number remain unable to join ships, and as a result find themselves unable to begin their contracts and earn a living.

“The situation continues to constitute a humanitarian crisis that threatens not only seafarers’ health and wellbeing but also the safety of navigation and the uninterrupted flow of the global supply chain”, Mr Lim insisted, adding: “policies or practices that prevent or inhibit safe, regular crew changes should be revised or eliminated.”

As of 18 December, 46 IMO Member States and one Associate Member* have designated seafarers as key workers. This is essential to exempt these professionals from specific COVID-related travel restrictions, allowing them to travel between their country of residence and ships, and to be repatriated at the end of their contracts. There have also been some encouraging signs of progress in the application of the industry-developed framework of protocols for ensuring safe crew changes and travel during the pandemic, which were endorsed by the Maritime Safety Committee and circulated as MSC.1/Circ.1636.

The plight of stranded seafarers is highlighted in an IMO video (seen below) featuring seafarers who describe the challenges they have faced due to the pandemic, and the impacts of the ongoing crew change crisis on their physical and mental health.