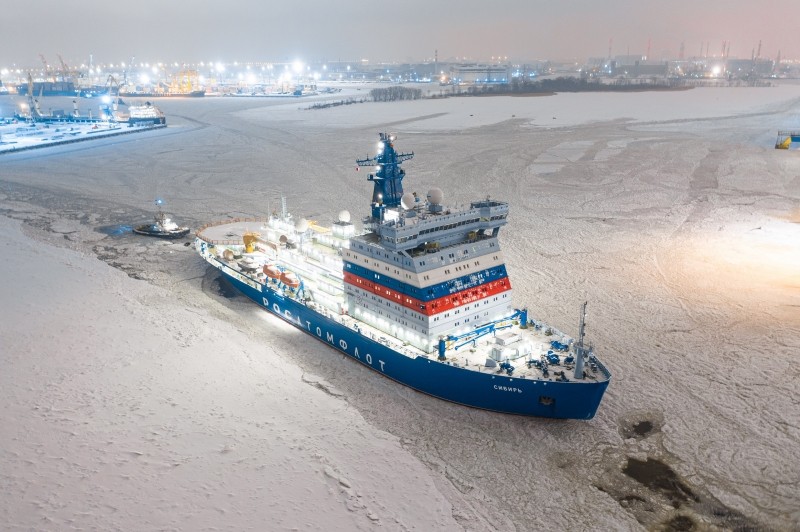 The giant nuclear-powered icebreaker is currently heading to Murmansk to stock up before starting work along the Northern Sea Route.

Sibir, the second of the new class of powerful nuclear-powered Russian icebreakers tasked with keeping the Northern Sea Route open to navigation all year round left the shipyard in Saint Petersburg early on January 13 and is expected to reach its new home port, Murmansk, on January 20. The construction of the new icebreaker took six years and the certificate of acceptance was signed on December 24.

The transition across the Baltic Sea and around Scandinavia is expected to take 8-9 days according to its owner Rosatomflot (Russia has the only fleet of nuclear icebreakers in the world).

After a few days in the port of Murmansk, Sibir will start its first working trip in the western sector of the Northern Sea Route, mainly in the area of ​​​​the mouth of the Ob and Yenisei rivers and in the Kara Sea. Sailing to and from ports like Sabetta and Dudinka in the Russian Arctic is already supported by its sister ship Arktika commissioned at the end of 2021.

Powered by two RITM-200 light water reactors designed to produce 55 MWe, the 22220 class ships are the most powerful icebreakers ever built.

Three additional icebreakers of this class are under construction at the Baltic shipyard, the Ural, Yakutia and Chukotka, whose commissioning is scheduled from 2022 to 2025.

Rosatom also hinted that two more icebreakers in the class would be needed to handle year-round shipments on the Northern Sea Route. 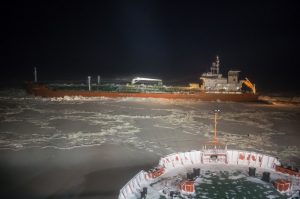 This season, the winter pack ice arrived surprisingly early. Most of the remote Arctic waters were covered with a rapidly growing white sheet by late October, and by early November the sea route was barely navigable for ships without the highest ice class.

By mid-November, more than 20 ships were stuck or struggling to get out of the freezing waters of the East Siberian Sea and the Laptev Sea.

In addition to the 22220 class icebreakers, Russia is also developing the Lider (Leader), an even more powerful ship that will be able to open wide shipping lanes through the ice for large convoys. The Lider will be built at the Zvezda shipyard in the Russian Far East. Photos: Rosatomflot (With files from The Barents Observer) 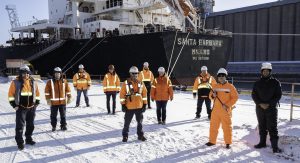 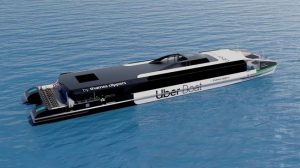