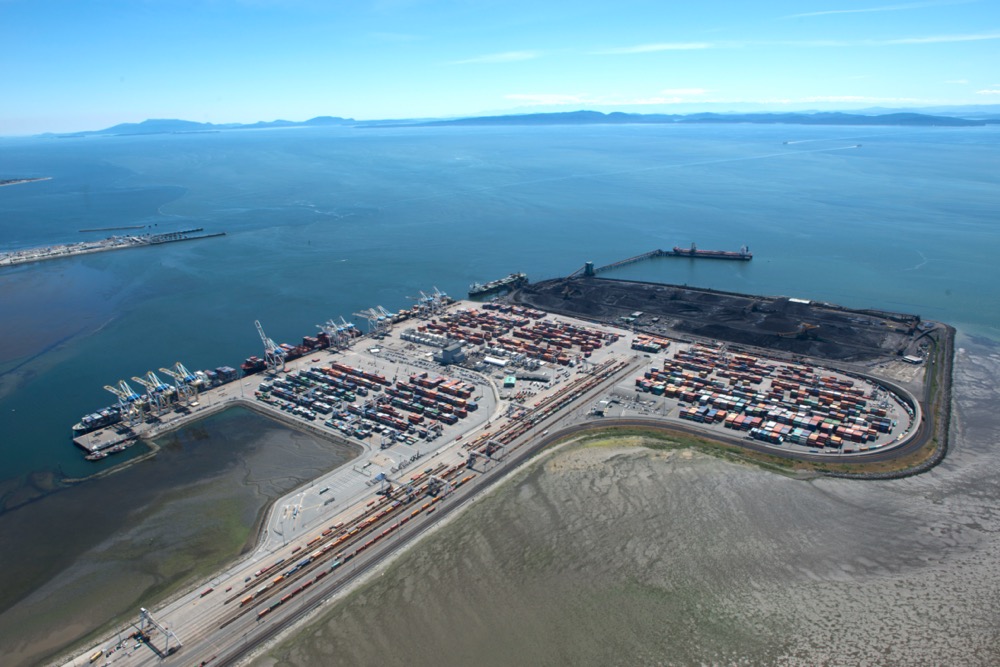 The Fraser Estuary is on the brink of collapse and if built the Roberts Bank Terminal 2 could be the tipping point, according to Delta-based environmental activist group APE (Against Port Expansion in the Fraser Estuary BC).

”When the Port of Vancouver sends its newly updated information for the Roberts Bank Terminal 2 (RBT2) project to the Minister of Environment and Climate Change Canada it will perpetuate four Port-generated myths,” APE alleged in a press release today. The long-delayed updated port brief will be in response to a March 2020 report by a federal review panel that identified “significant environmental effects” in many areas should RBT2 be built as currently planned.

“Port and industrial development cannot be allowed to destroy the mudflats, wetlands and ocean habitat, an integral part of the Roberts Bank ecosystem, relied on by millions of migratory and other shorebirds, salmon, other fishes, crabs and southern resident killer whales,” APE affirmed. “The Federal Government has no choice. It must deny approval for Roberts Bank Terminal 2.”

The four myths evoked by APE:

1. That the man-made island for the terminal will not impact the Roberts Bank ecosystem because it is built in deep water well away from shores and habitats.

• Reality: It will impact the ecosystem by altering tidal flows, water temperatures and salinity fluctuations, reducing the polyunsaturated fatty acids and Omega 3 in biofilm.

2. That it can be built in a way such that it can operate in ways that can mitigate impact. It will be good for Canadians and good for the Salish Sea, leaving a legacy of environmental benefits behind as a result of the project.

• Reality: Environment Canada scientists state the project’s impacts on biofilm (a critical food source for millions of shorebirds) “are anticipated to be high in magnitude, permanent, irreversible, and continuous”. In other words, immitigable.

3. That Biofilm can be re-created on a large scale to replace any biofilm that is lost because of the project.

• Reality: Environment Canada scientists state, “there are no accepted techniques to remediate for functional biofilm for shorebirds on intertidal mudflats”, nor enough other available habitat to replace what will be lost if RBT2 is built. Therefore mitigation for this habitat loss is not possible.

4. That this project is needed because West Coast Canada is running out of container terminal capacity and this is the only project to meet Canada’s needs by the end of the decade.

• Reality: Current planned expansions will provide plenty of capacity for decades to come without ever needing to build RBT2. Global Container Terminals and DP World are both adding capacity in Vancouver and DP World announced plans for a large expansion at Prince Rupert, adding up to 5 million container capacity (Twenty Foot Equivalent Units – TEU) by 2030. These expansions will provide West Coast Canada in excess of 10 million container (TEU) capacity, exceeding Vancouver’s own forecasts for 7.5 to 8.8 million TEUs by 2045. (Photo VFPA)