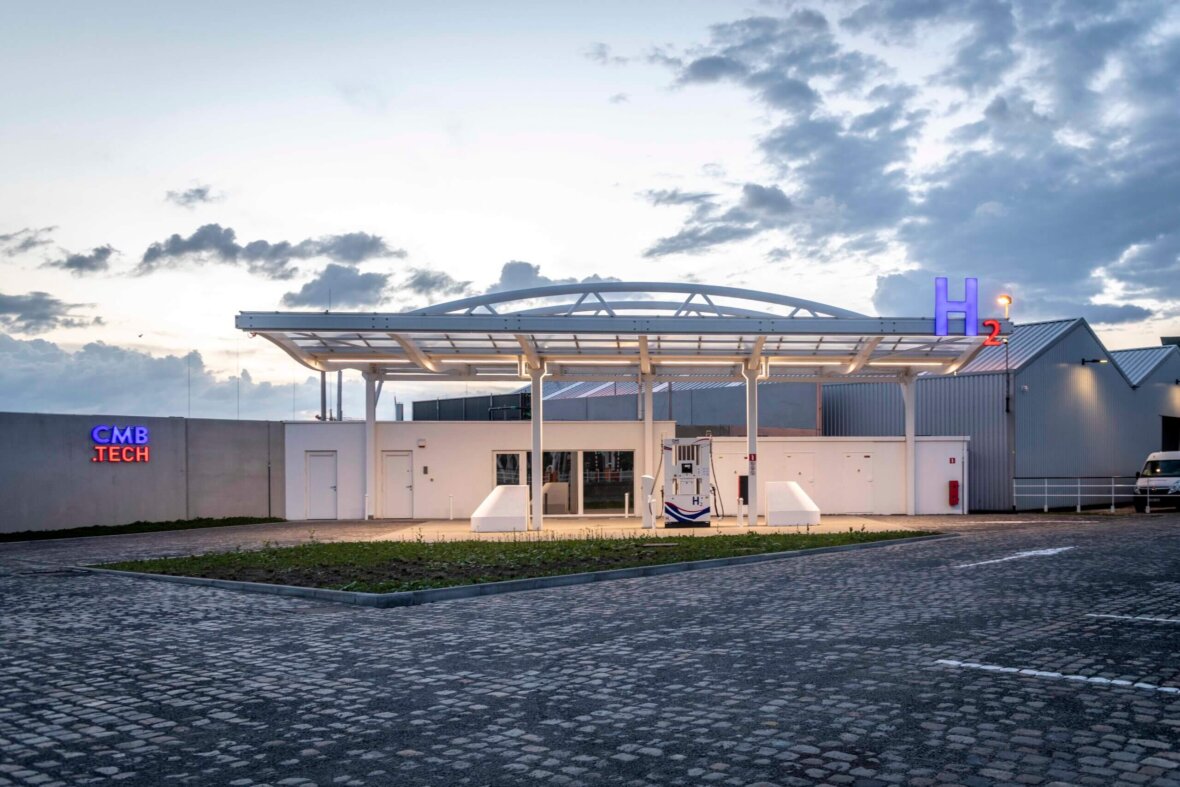 In addition to the hydrogen refuelling station, CMB.TECH is launching a hydrogen truck with the symbolic name: Lenoir, a reference to the French-speaking Belgian who in 1860 built the first internal combustion engine powered by hydrogen.

CMB.TECH is strongly committed to hydrogen solutions for industrial and maritime applications. The launch of the Hydroville in 2017, the world’s first hydrogen-powered passenger ship, gave impetus to this commitment. Until now, the Hydroville has been supplied with hydrogen by a tube trailer (mobile hydrogen refuelling station). From now on the Hydroville, in addition to the other hydrogen applications of CMB.TECH, will be able to refuel in Antwerp.

“With the realization of the hydrogen refuelling station, CMB.TECH proves that it is able to control the entire chain, from the production of the green fuel to the use of hydrogen in various applications,” said Roy Campe, CTO of CMB.TECH. “The concept will be further refined in the coming months and is ready to be scaled up. In the future ports will become hydrogen hotspots, because they have a large concentration of applications that are difficult to electrify. In addition, many ports will have access to hydrogen, either through large electrolysis plants or through imports. We are therefore very pleased that, after two and a half years of development, we are now able to put the station into operation.”

The hydrogen refuelling station will be built at the Port House in Antwerp. CMB.TECH deliberately chose this location on the border between the city and the port to be able to supply hydrogen to the many industrial applications in the port, on the one hand, and on the other to keep it easily accessible to the general public.

The Lenoir truck is the kickstart of emission reduction within the logistics sector.

Regarding the Operation of the Hydrogen Refuelling Station

Electricity and water (H₂O) are converted into hydrogen via the electrolyzer. Via a compressor, this hydrogen is pumped to a very high pressure into different buffers. These buffers ensure that a car, truck or ship can refuel. In addition to the refuelling station, the site also contains two trailer docks through which the ecologically produced hydrogen can be pumped to trailers which can supply the port applications developed by CMB.TECH with hydrogen. In addition, there are a number of ultra-fast charging stations for electric cars where cars can be charged in less than 15 minutes.